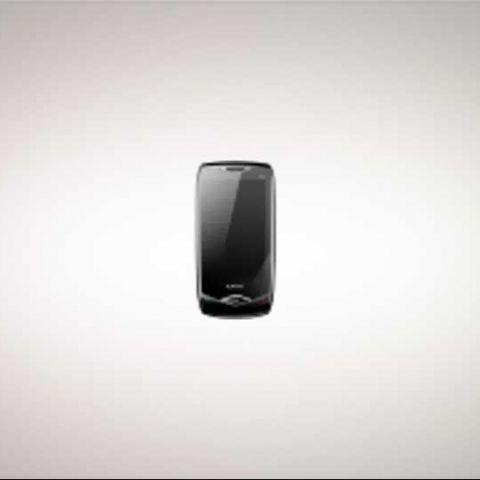 The LAVA A10 is a feature-rich dual SIM, touchscreen phone with its IPS display being its main USP. An unsatisfactory overall performance coupled with mediocre touchscreen is a killjoy, as we have come across better performers in Micromax X550 QUBE and X510 PIKE within this price category. Hence, we do not recommend the A10, in spite of its feature-rich configuration, and the great display.

The A10 is the flagship touchscreen phone from the stables of LAVA, which is also the successor to the LAVA A9. It is also claimed to be India's first mobile phone with IPS (In-Plane Switching) display with wide viewing angles up to 178 degrees, along with enhanced contrast, brightness and more vivid colours than the conventional Twisted Nematic liquid crystal displays. We shall see how far this is true through our video-playback performance test results later in the review. 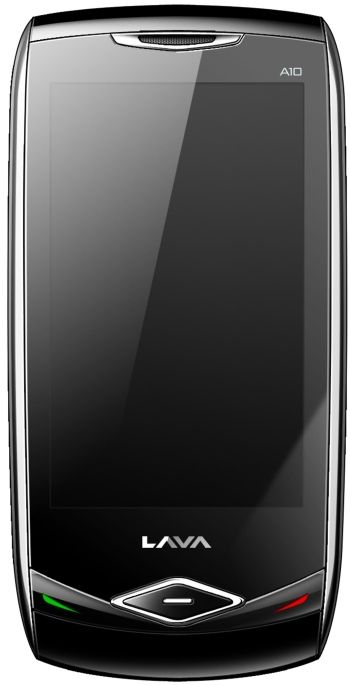 The LAVA A10 is sleek and stylish with a gunmetal finish body, which also gives it a rugged feel and look. The volume rocker button, 3.5mm audio jack and the LED flash are the stand-out multimedia features of this phone. The other notable feature of the phone is the gyration sensor, which enables switching the QWERTY touch-keypad from portrait to landscape mode and vice-versa. This feature provides enough room for comfortable keypad navigation and enables quick typing, which is a neat plus. In addition, the phone settings incorporate special motion sensor capabilities which include: Silence Incoming calls, Switch Wallpaper, Switch Music, Switch Fm channel and Silence Alarm. The motion sensor can be triggered by shaking the phone sideways or making random motion gestures with the mobile phone in your palm. Among other software applications, MapMyIndia deserves special mention as it enables GPS services with voice guided navigation system, which works independently of the mobile network. In other words, it means the user has access to GPS services even in locations where the host mobile network is unavailable. 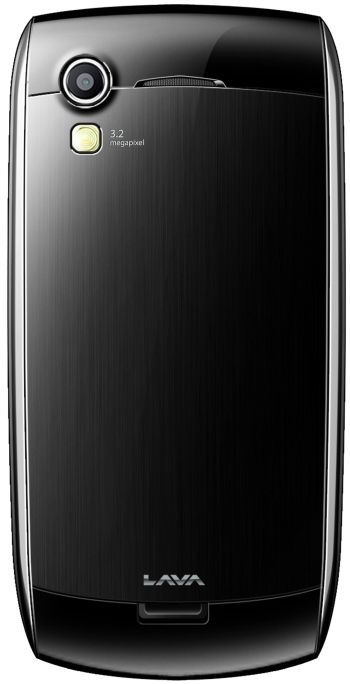 The A10 runs on the stock native Operating System instead of the famed Android versions, which is expected on such a low-cost device. However, it succeeds in imitating the graphical user interface of the Android touchscreen smartphones, by offering three customisable home screens for the enthusiasts to tinker with. One can switch the home screens with a finger-based gestured swipe across the screen sideways. The limitation of enabling only one wallpaper across all the home screens holds true in this case too, which is becoming quite redundant on the touchscreen phones. We would surely expect some new customisations from the upcoming brands, rather than just imitate the interface design of the famed Android platform.

Though the touchscreen QWERTY keypad is well designed with support for landscape mode, the slow responsiveness of the interface and the lack of precision with the stylus takes a major hit on the overall ergonomics. Also, the cheap build quality of the stylus is another major reason for its sluggish performance with the touchscreen. The menu interface is simple and well-organised with appropriate sub-menu classifications. So, it is rather very easy to locate the configurable options and settings within the sub-menu sections.

The overall call test results were a tad disappointing. Even in some areas with full signal strength, the call clarity wavered intermittently and a constant background noise hampered the conversation. The loudspeaker and handsfree headset failed to filter the excessive ambient noise and we had to constantly fiddle with the volume control to balance audibility and clarity. The sound distortion tolerance for the A10 is only up to 40 per cent volume levels, which is very low for any mobile phone. If you are shooting without the flash enabled, then the photo colour and crispness is affected in cloudy weather with failing light conditions. The LED flash does a decent job in enhancing colour depth and image clarity to a considerable extent in such conditions. However, the video recording quality is poor with completely faded colours and pixelated frames marring the user experience. With all due credits to the IPS panel technology, the display quality is impressive with wider viewing angles, vivid colour reproduction, better contrast and brightness levels, which we realised during the video-playback test. Therefore, it is no surprise that we rated it higher than most other cellphones for its excellent video-playback in this price category. Overall, the LAVA A10 is an ordinary performer with no undue advantages over its counterparts in the price category, with the exception of a superior display technology. 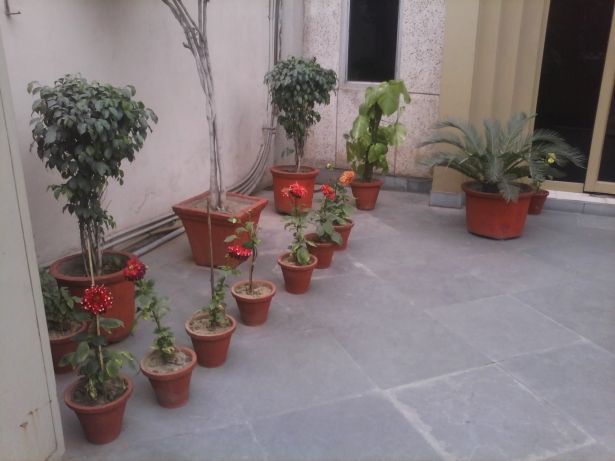 The LAVA A10 is a feature-rich value for money phone with an IPS display being its primary USP. The dual SIM and touchscreen feature is its secondary USP. However, a lacklustre performance across most of the tests with the exception of excellent video-playback quality, does not justify its price tag of Rs. 5,499. We have seen better performing dual SIM, touchscreen smartphones - Micromax X550 QUBE & Micromax X510 PIKE in this price category, which we have reviewed earlier. Thus, we do not recommend the A10!