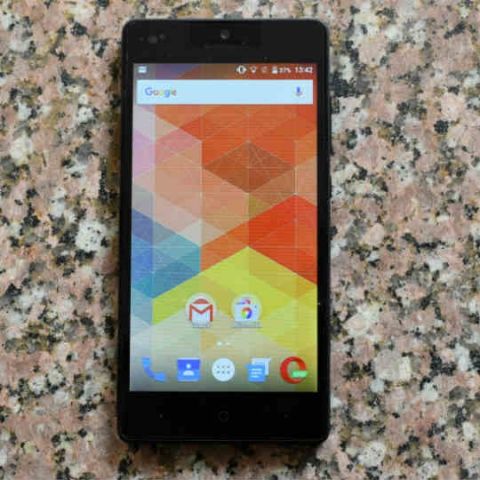 The Kult 10 smartphone looks good on paper but in real life fails to garner a cult following. The phone is unable to harness the power under its hood. The phone sports 3GB of RAM, and a decent quad-core Mediatek SoC but the OS feels unoptimised and ruins the experience.

Amidst the numerous Chinese smartphone makers entering the Indian subcontinent, a new Indian brand is trying to grab a piece of the sub-10K smartphone market. Kult smartphones (if you can believe the name) has launched a device called the '10'. While most of the phones in the budget category are either priced under under 7K or around the 10K mark, the Kult 10 is priced at Rs. 7,999. At this price point, the phone offers 3GB of RAM and very clean candy bar form factor while the rest of the specifications looks pretty good as well. According to Kult, '10' is the “best-in-class smartphone” which offers “a powerful and differentiated experience”. So I decided to put this claim to the test and here's what I thought.. 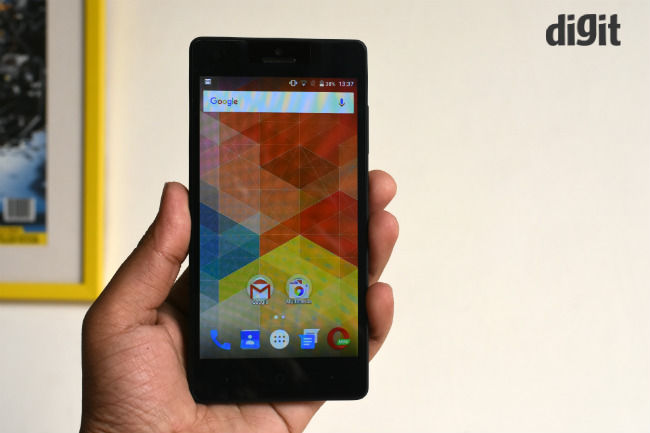 Design and Build
Straight up, the clean candy bar design gives the phone a very square look. The slim profile and lightweight body makes the phone very easy to handle. Although, I do feel the top and bottom edges of the phone could have been smaller to give it a better grip. Talking about the grip, the phone comes with a “OnePlus” like sandstone finish which gives it a strong grip. The back is removable and can be replaced with a white coloured plastic back, which comes with the phone in the box and gives the Kult 10 a more Storm-trooper like look. However, with the white plastic back cover, the phone was a bit slippery. The construction of the Kult 10 is quite robust and the phone feels solid in the hand. The two physical buttons however, are not that great and have a very squidgy feel to them. 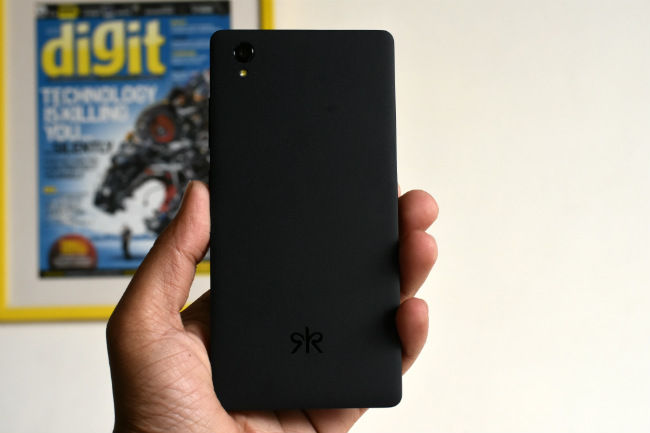 Display and UI
The phone has a good 5-inch IPS panel. Colours look vibrant on the display and it has good viewing angles. However, it suffers in terms of brightness when compared to the competition. The resolution of the display on the Kult 10 is 1280 x 720p, which is at par with what competing devices in the same price bracket offer. The display on the Kult 10 also offers good sunlight legibility. Touch response is again not the best when compared to the likes of the Acer Liquid Z530 but is still above average. The three navigation buttons lie beneath display and are not backlit leaving you hanging in the dark. There are no clear markings on the buttons, which means that there is a learning curve to remember the placement of these buttons, especially if you use the device in the dark. 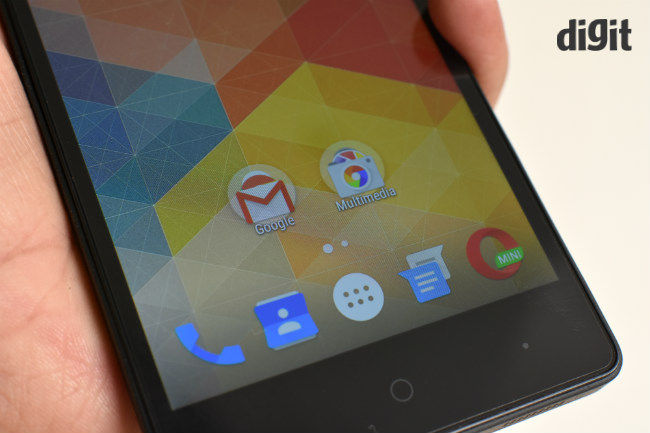 The Kult 10 runs on a custom UI, which is not very different from stock Android. It reminds me of the UI used by Micromax in its numerous Android phones. Kult has added some UI features like double tap to wake and other gestures like drawing C on the lock screen to jump directly into the camera, and more. 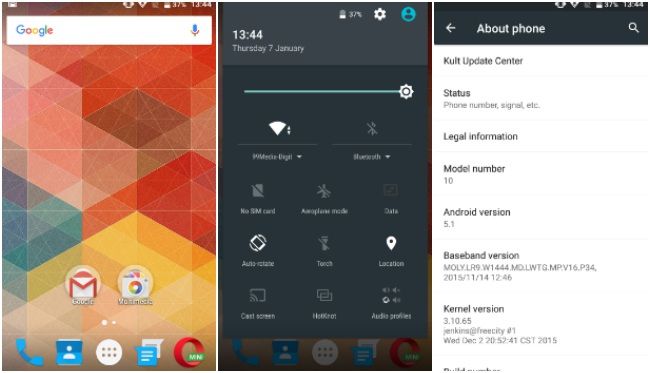 Performance
The Mediatek MT6735 powered smartphone churns out decent performance for basic tasks like watching videos, making calls or socialising via apps. However, as soon as you start playing games on it or even open multiple browser tabs, the phone starts to struggle. It lags, stutters and sometimes freezes itself for more than half-a-minute. I was hoping that 3GB of RAM coupled with the MT6735 processor was enough to do more than basic tasks on the Kult 10, but that isn’t the case. Here is a quick look at the benchmarks, but it should be mentioned that real-life performance and test scores tell a different story.

Calling capabilities are normal but the audio quality on the phone isn't great. The volume is low, whether you are listening via the rear speaker or via headphones.

A 2350mAh battery powers the Kult 10, which is average at best. In our battery test where a 1080p video is played on loop till the battery dies, the phone lasted for a mere five and a half hours. Using the phone as a daily driver I found that the battery is not very well optimised and the phone does require a charge twice a day. Gaming eats the battery life even faster. In just half an hour of gaming, the phone burnt about 20 percent of juice which is a not good!

Bottomline
The Kult 10 has only two redeeming factor - one is the display that offers good viewing angles and the other being its ergonomic and light weight design. Beyond that, the phone is an average performer with scope for a lot of improvement. Considering its average performance and underwhelming overall appeal when compared to the competition, it is difficult to recommend the Kult 10.