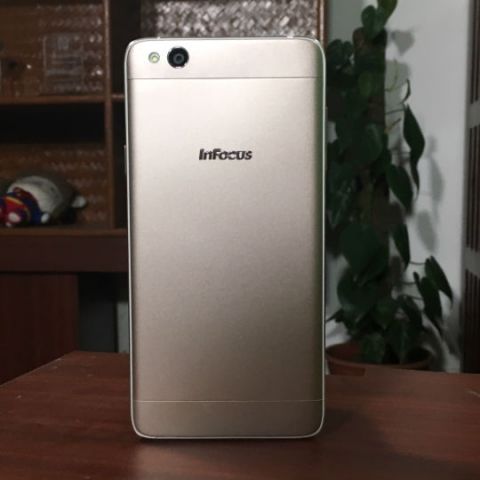 The InFocus M680 has a big selling point in the fact that it has 13MP cameras on the back and front, but neither camera provides very good image quality. The phone has its plus points in the fact that the display is quite good and it provides above average battery life, but it doesn't match up to the likes of the Asus Zenfone 2 or the Xiaomi Mi 4i.

There are few smartphones today that really pay any attention to real innovation. Mostly, the competition is about bringing the top features at the cheapest price range possible. American company InFocus has excelled at this part of the trade. The company has been pushing out devices with high specifications, but prices that belong to a much lower price segment. The InFocus M680, launched today, is one of those devices. And what better way to learn about a smartphone than by reviewing the InFocus M680.

What’s the high-end feature here? 13MP cameras on the back and front, similar to what we’ve seen on phones like the HTC Desire Eye, Asus Zenfone Selfie and even InFocus’ own M530. But first,

Starting with what I don’t like, from a design point of view, the InFocus M680 is pedestrian to say the least. The phone is a thin slab, with a combination of metal and plastic on it. The back cover uses plastic with a brushed metallic finish, while there’s a metal frame on the side. Neither of them really make the M680 feel very premium though. At 7.2 mm it’s pretty slim, but the thick bezels on the front combined with the overall pedestrian looks, make it quite unattractive compared to the likes of the Xiaomi Mi 4i. Of course, I have to concede that looks are subjective and while I do not like it, you may not agree. 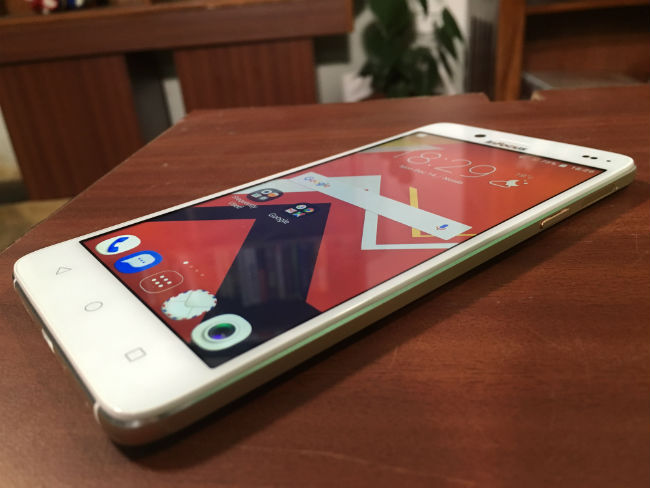 There are also some visible chinks, for example, there’s a visible gap where the plastic bands pass the metal frame. We’ve come to expect much more from any phone in the market today and the M680 doesn’t really match up to that.

If looks matter to you, then this isn’t the phone to go for. 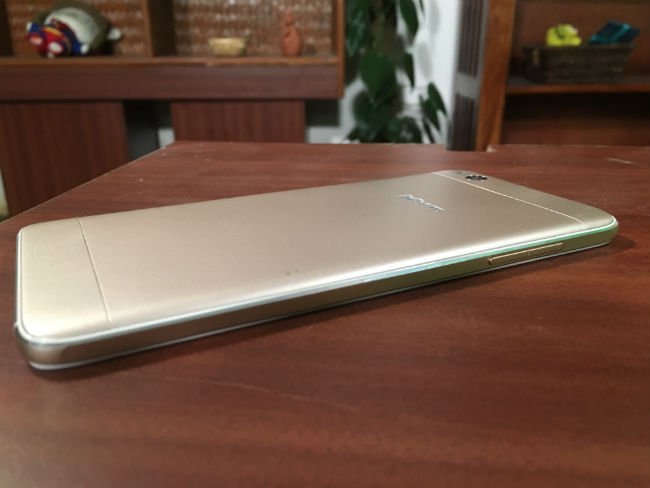 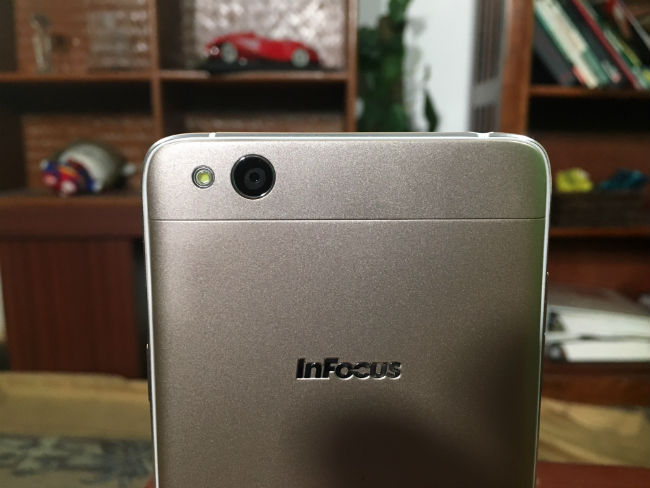 The story is different when it comes to the display though. The phone has a 5.5 inch FHD panel, which can easily go toe to toe with the best. With a 401ppi pixel density, the display is quite sharp and does well with colours. In fact, even though the M680 has an IPS panel, the display has an AMOLEDy feel to it. It does very well with the blacks and feels a tad oversaturated.

That said, if I had to choose, I’d pick the Xiaomi Mi 4i’s display over this, not only because of the smaller size and greater pixel density, but also because that display is just more colourful and vibrant. The InFocus M680’s display is more like the Asus Zenfone 2, except that the touch performance doesn’t feel as good.

As has been prevalent with InFocus’ devices till now, the company’s InLife UI continues to be quite simple. Some changes have been made to the icons and animation, but that’s about all there is to it. The UI doesn’t really make a difference and is in fact, a hindrance to the device, since it doesn’t look very good either.

In addition, apps like Power Detective and Tube Mate are unimportant, but thankfully, can be removed from the phone. On the other hand, there are some other pre-installed apps, like Mobile Assistant and Power Detective, that aren't very useful and can't be uninstalled. For example, the Power Detective tells me that the game I'm playing is draining battery. Well, duh!

The InFocus M680 runs on the 1.5 GHz MediaTek MT6753 octa-core processor and can handle regular tasks pretty easily. If you’re a gamer, then this isn’t the ideal device to go for, but it’s better than many others. The performance can match up to the Xiaomi Mi 4i, but doesn’t really hold a candle to the Asus Zenfone 2. Games like Need For Speed: No Limits, Asphalt 8 and Marvel Contest of Champions take quite a while to load and don’t run as well as they do on the Zenfone 2. The stutters were a few too many and the Meizu M2 Note, which costs just a little less than this, can do better. The M680 can deal with day to day apps like Facebook or simple games like Temple Run etc. with reasonable ease though.

Coming to the USP of this phone then, the 13MP cameras on the back and front. Sadly though, imaging on this phone is not the best. The rear camera doesn’t do well with the details and overexposes images in ideal conditions like sunlight and studio lights. The camera is also quite slow to focus, whether you’re touching to focus or going with the auto-focus.

The front camera on the other hand softens images too much, thereby losing details. As a result, faces seem like wax figures. You’ll find many smartphones that soften images for the front camera, simply because softer images help when shooting people and faces. The M680 though, overdoes it, making it less than ideal.

Lastly, the 2600 mAh battery on the smartphone can provide about 12 hours of battery life on regular usage. The battery life, though not the best, is above average and allows you to get through a work day. It’s still not the a full day’s worth of battery though. On half an hour of gaming, the phone loses about 7-8% battery, which is quite good for a phone in this price range.

The InFocus M680 is not a bad phone in any way, but it can't take on competitors like the Asus Zenfone 2, Xiaomi Mi 4i or even the cheaper Meizu M2 Note. It becomes even harder to recommend considering that the phone fails in providing good image quality, which is its USP. Overall, InFocus needs to put in more work to match up to the competition.