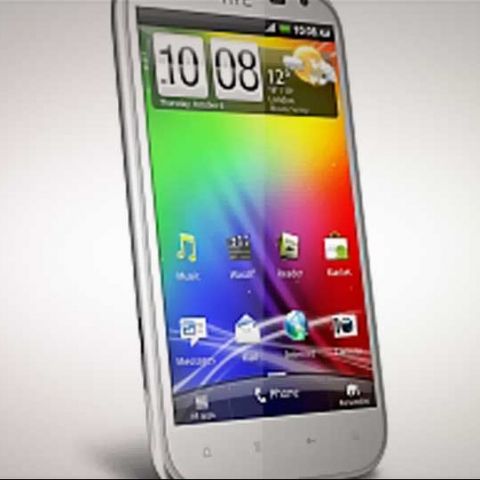 The Sensation XL makes us scratch our heads in puzzlement. There is nothing wrong with the device, but it still doesnï¿½t stand out in the Android crowd. Ideally, it should, because of the bigger than usual display size. The performance is quite stable as well. There will be the inevitable comparisons to the Samsung Galaxy Note - both are the big-screen smartphones. Benchmarks portray this phone as an inferior device, which isn't how it feels when you are using it.

The HTC Sensation XL is the second phone, with the HTC Sensation XE being the first, to come with the Beats Audio branding. And is targeting an even more unique demographic - one that doesn’t want a traditional smartphone with a 4-inch display, and neither do they want the mammoth 5.3-inch goodness of the Samsung Galaxy Note. How successful that approach will be, only time will tell. But we should state this straightaway - the bigger the display, the more convenient it is to use a touchscreen.

Look & Feel
It is a big phone, and quite clearly feels that way. HTC have smartly thinned the bezel on the right and left side of the display, to shave off that precious mm that could make all the difference between comfortable and unwieldy. Below the display are four touch sensitive keys - Home, Options, Return and Search. While a lot of phone manufacturers are doing away with the dedicated Search key, HTC retains that. And we believe that is a convenience thing we wouldn’t want to let go of. Flip the phone over, and there is a dual toned finish - silver combines with the white flowing over from the rest of the phone. The Beats Audio logo clearly gives away its alliances. Battery opening mechanism is simple, thanks to the press to flip up mechanism. However, be careful to not press the power button while doing that. There is the 1,600 mAh battery sitting there, and so is the SIM card slot. No memory expansion though - you will have to be happy with the 13GB of the 16GB internal storage available to you. While it is plastic all through, the build quality is just okay. It doesn’t have the premium feel that the black and red finish of the slightly smaller Sensation XE offered. But doesn’t feel flimsy or badly made in any way.

The HTC Sensation XL is powered by a single core 1.5GHz Scorpion processor, and is teamed up with 768MB of RAM. Whichever way you look at it, this isn't a speed monster. What you should expect is basic performance, which surprisingly handles app load quite well. Despite having multiple apps open in the background, we didn’t feel the phone slowed down as much as we expected. HTC Sense is surprisingly nimble. When you compare the benchmark scores head to head with the Galaxy Note (or most newer dual-core smartphones in the same price bracket for that matter), the Sensation XL does take a beating. That is simply because of the inferior power train that HTC has inexplicably put in a phone as expensive as this. We at least expected a dual core processor (even if a slightly older generation one) and at least 1GB of RAM. However, benchmarks aren’t the true indicator of this phone’s real-life performance.

HTC sent this phone into the world with Android v2.3 on-board. And this phone is on the list of phones to get the Android ICS update sometime in the first half of this year. While we don’t understand the logic of that, we’ll keep out fingers crossed about the update arriving a bit late, but not never.

The HTC Sense 3.5 that we get with the Sensation XL is the same as the one on the Sensation XE. We particularly like the active lock screens - weather, social updates, stocks etc. The lock screens have 4 customizable app shortcuts, and dragging the icon of the app into the semi-circle ring at the bottom takes you directly to that app. This is particularly useful for messages, mails and IM clients. Unlock the display, and this is where you appreciate the full glory of the widgets and the UI in general - on the bigger display. Most Android phone UI’s face the issue of different widget sizes that always don’t blend in well on the screen. HTC has, on the other hand, always managed that very well. The variety of widgets is the widest we have seen across multiple Android devices, and is a cherry on top of the delicious UI cake.

The 4.7-inch Super LCD display is definitely one of the biggest, and one of the best ones around. While it isn't as vivid as the Super AMOLED family, the colour depth is still amazing. The crispness of the text helps a lot when reading mails or an article in the web browser. While we don’t believe phones are the best devices for reading ebooks or watching movies, the combination of colour depth and sufficient inherent sharpness means both activities will be comfortable and enjoyable.

HTC seems to be going the way a lot of laptop manufacturers - preloading the smartphone with a whole bunch of apps. The idea being, app makers will get a potential user-base without moving a muscle and HTC may get some sweet deal in return. However, for the cleanliness freaks amongst us, this isn't the ideal scenario. Maybe this why the Samsung Nexus S, which touts the cleanest Android experience as its unique point, is selling so well globally. Most users want a clean OS, and not uninstallable apps that they will probably never use.

For a phone of this size, there is no memory card slot. There is the 16GB internal storage, and after multiple shares are taken from the pie, there is about 13GB left for the user. This could be a limiting factor, if you really take the phone up on its word and load it with videos and movies.

The picture quality from the 8MP camera isn't very good. Surprisingly, the Sensation XE’s camera was slightly better than this one. Images will be fine if the lighting is good. But this one will not do nighttime shooting at all. All images do lose out in terms of the overall quality because of the lack of sharpness. Colour depth is fine, but sometimes tend to smear a bit.

Battery life has never really been a strong point of the most Android phones, and the Sensation XL is not different. But is certainly better than some of the phones. With an hour of calling, 3G or Wi-Fi connected throughout, Facebook, Twitter, Mails and Whatsapp running, the XL lasted a day - nothing more, nothing less. If you are a heavy user (heavier than the real-life usage that we have mentioned here), we suggest you carry the charger with you.

Our Take
We still cannot figure out why someone would want to buy this phone? Or even why someone wouldn’t want to buy this phone. For the latter, we think the price tag is a bit too steep. For the same amount of money, you get the more powerful Samsung Galaxy Note. If you don’t want a big display in the phone, then the Motorola Razr, Samsung Galaxy S2 and even the younger sibling the Sensation XE makes a lot more sense.