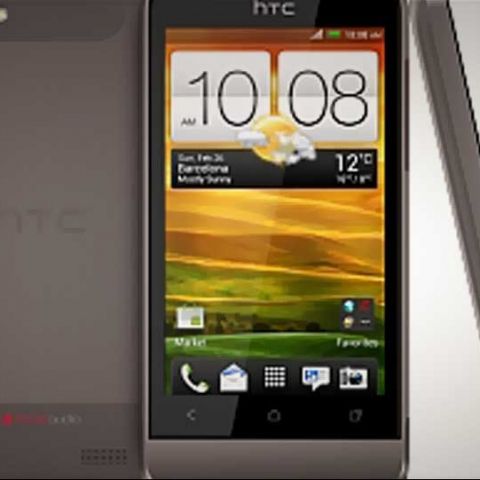 The HTC One V is possibly the best mid-range Android phone you can buy at the moment. The new Sony Ericsson Xperia NXT range would be a better choice though, if only it offered ICS out of the box. The retro looks of the One V also work very well!

Among the three HTC One series of smartphones, the One V is the second one to come to India. Along with the big brother, the One X. There is unfortunately, no sign of the One S yet, however, it is expected to be launched in India in the not too distant future.

Design & Build
Straight out of the box, the HTC One V looks like the HTC Legend. So much so that for a second we got a bit worried that HTC had sent us the wrong phone as a review unit! As we had quoted in the first impression feature of this phone sometime back, “It was a sense of déjà vu when I opened the box and took the HTC One V out. For a couple of seconds, I actually thought that I had received the HTC Legend by mistake, instead of the review unit of the HTC One V that we had actually asked for!” Being a HTC Legend user at one point of time, the immediate flood back of memories could be forgiven, I believe!

In terms of the design and build bit, the One V does have an advantage over most of the rivals – aluminum over the traditional and popular plastic finish. The unibody design just adds that dollop of solidity to the entire package. The review unit that we received was the matte brown-grey finish, unlike the brushed metal finish of the HTC Legend.

Design inspiration for the HTC One V is clearly visible, more so because of the chin – the bottom of the phone curves towards you. Unlike straight-throughout phones, this design just helps a little with the grip, and is more comfortable to hold overall. The 3.7-inch Gorilla Glass tends to stand out a few millimeters from the rest of the body. An unfortunate fallout of this is that the glass at the top has been cut, where the earpiece sits. This can be slightly uncomfortably sharp when the phone is pressed against the ear.

Below the HTC One V’s display are the three touch sensitive keys – return, home and task manager. Not carried forward from the Legend is the optical track pad.

The power key is on the top, along with the 3.5mm jack. The right spine has the volume rocker. The left spine has been left clean. Flip the phone over, and towards the top sits the 5MP camera with the LED flash. To access the SIM and memory card slots, you need to go to the lower part of this side, and slide down the rubberized portion. The design and mechanism was similar in the HTC Legend, except that in the One V, you cannot access the battery pack.

In a nutshell, the HTC One V seems to have been designed by the same person who hatched the HTC Legend. And he seems to be having fun doing the job he is doing! For a phone well under Rs. 20,000, the One V feels very premium to hold, to use and even to look at. Except for the glass near the earpiece bit, we cannot find anything wrong with the phone’s build and design. Except that it probably could have been a bit slimmer.

Features & Specifications
If the build and design didn’t, the spec sheet clearly betrays why the One V is priced well under Rs. 20,000. A 1GHz Qualcomm MSM8255 Snapdragon processor powers it, a humble single core. This is paired with 512MB of RAM. Now compare this to the Sony Xperia Sola that is retailing in the market for around Rs 19,500. The Xperia Sola has a 1GHz dual-core processor, but similar RAM – 512MB. The One V has Adreno 205 graphics, while the Sola has the Mali 400 chip.

The HTC One V’s 3.7-inch display has a resolution of 480x800 pixels, with Gorilla Glass treatment. Straight off, we were impressed with the fact that a humble LCD was offering this kind of image and colour reproduction. However, the real kicker was the crispness of the text, which was unbelievably good. It is immensely helpful, and quite surprising, considering the not-so-large size of the display, which can stands up to the bigger AMOLED or S-LCD displays of some other smartphones, both in terms of the quality as well as the comfort.. Viewing angles are excellent, mostly because this display does not have the reflective tendencies a lot of phones have.

Being an HTC phone, it must have the HTC Sense UI wrapped around the OS! The Sense 4.0 UI on the One V is the same as seen on the One X, only reproduced on a smaller display. What is a major surprise is that on the One V, Sense ran absolutely smoothly with not even a hint of lag, something we couldn’t say for the infinitely more powerful and considerably more expensive One X. In fact, in the review of the One X, we even had a bunch of screenshots showing the Sense UI crashing out of the blue. However, if you are one of those who are very particular about ICS (or any Android OS, for that matter) retaining an image as close to its original as possible, then Sense will probably signal the end of the world, at least for you!

HTC has smartly sent this phone to make a name for itself in the market, with all the right tools at its disposal. Primary being the OS, and the One V comes preloaded with Android 4.0.3. Unfortunately, Sony doesn’t believe in this idea, surprisingly, which is why the Xperia Sola (along with the rest of the Xperia NXT family) has been sent out with Android 2.3 on board, with promised future upgrade to ICS. With Android ICS already available, you will be able to use ICS only apps like Google Chrome beta and the advanced version of Gmail.

Visit page two to read about the HTC One V's performance as we put it through its paces, as well as our verdict...

Performance
Before we get down to explaining the performance bit, here is a lowdown of what the benchmark scores look like –

In these tests, the Quadrant, AnTuTu and LinPack scores are derived after a series of tests to judge system performance. The specs have a huge bearing on these scores, and it clearly shows. The 2 GLBenchmark tests and the NenaMark 2 test are designed to benchmark the graphics capabilities of a smartphone, in this case the Adreno 205 GPU. Browsermark and Peacekeeper are tests to understand the web performance of the device.

The One V is clearly a mid-range Android smartphone, which does have its limitations when it comes to sheer performance. The fact that this is a single core processor powered device means you can only expect so much from it. The rest of the HTC One V’s specs drill in the fact that this is not a powerhouse. Having said that, we must say that it does perform everyday routine tasks very well – smooth Android operation, Sense feels slick, and decent multitasking.

Casual gaming on the HTC One V is quite smooth for the most part. The likes of Angry Birds and Fruit Ninja will load without any issues. Gameplay will be smooth as well, with no input – response lag. However, take it up a notch to NFS Shift, and things tend to stutter at times during gameplay. However, while these happen only for a fraction of a second, it is more than visible. Load times are obviously not as quick as some more powerful phones.

The call quality of the HTC One V is more than satisfactory. The earpiece does pack a decent amount of punch, and would not be a problem even if you are standing in the middle of a very noisy market. The built-in speaker is good enough for audibility in a small-ish room, but any more noisy than that and it will get drowned out. The One V takes a traditional SIM card, and no riff-raff with the micro SIM thing. Signal reception is quite good, even more than the likes of the HTC Sensation in the same areas. Good thing that HTC has done away with the reception antenna on the battery covers!

The 5MP camera will not be used unless very urgent or there is an immediate need. Picture quality is okay for viewing up to a certain size, beyond that the quality just drops sharply. Colour tends to smear quite a bit, and the automatic image treatment reduces crispness considerably. Interestingly, the feature set – primarily the burst mode, has been passed down from the HTC One X. The best part is that there is literally no shutter lag.

Battery life from the 1,500mAh battery isn’t out of the world, but performed better than what we expected. Under medium usage scenario, the HTC One V lasts a day and a half from full charge to full discharge. Usage included a few voice calls, WhatsApp chats, FB and Twitter and very limited camera usage. With the redone task manager on ICS, you can simply swipe to close apps, saving battery power in the process.

Bottomline
At this price, the HTC One V is squaring up against the Sony Xperia Sola. Where the One V has the advantage is the amazing display, superb build quality and Android ICS out of the box. However, the Xperia Sola (seen below) has a slightly better power package, at least on paper. But Sony’s insistence on releasing the Sola without a proper ICS build on it means that it loses out on that aspect. If this is your budget, the choice is clearly between the One V and the Xperia Sola. We would lean towards the One V at the moment, simply because of the delicious Ice Cream Sandwich. 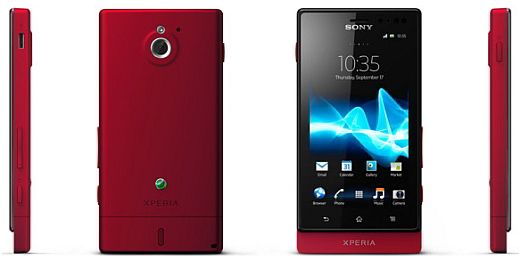