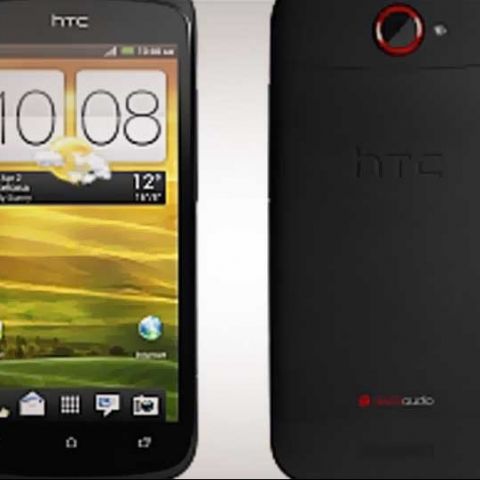 HTC's latest dual-core offering does many things welll - it has a good display, impressive build, a good camera, and delivers good performance overall. However, what we don't understand is how HTC could price this phone so close to its elder sibling, the One X. That is a quad core powered phone, while this is a dual core. Surely, this will lead to cannibalization within their product range, and a lot of confusion for the consumer.

HTC seems to be using a slightly different market strategy from what the rivals have - offer multiple phones in one price bracket, and let the consumer have more options to choose from. This strategy has worked well for Maruti Suzuki in the automobile sector, where they have multiple cars in the same price bracket.

This is seems to be the only explanation as to why the dual-core HTC One S is priced so close to the quad-core HTC One X (read our review). Then again, there are more differences between these two phones that could sway the buyer’s decision. We are not sure if this strategy will work, and the phone may suffer for no fault of its own.

Build & Design
There seems to be no discrimination between the One series of phones in terms of build quality. The One S also gets an aluminum unibody design, just like the considerably less expensive One V. HTC does unibody design very well, and ever since the time of the HTC Legend, this has become a sort of a trademark - which is what makes the likes of the HTC Sensation a bit of a bad dream! From side on, the phone with just 7.8m thickness is one of the slimmer phones out there, and is definitely slimmer than the One X.

Placed on a flat surface with you looking from side-on, the HTC One S’ curves make for interesting reading. For starters, they ensure that the phone doesn’t look like a slab! Towards the top and the bottom, the phone is slightly thicker, and the inward curve at the middle is more helpful with gripping the phone than it initially seems. It looks good as well, in its own subtle way. The only issue is that the phone sits on the camera at one end, and that can’t be good in the long run. Multiple colour hues run through the entire length of the rear of the phone, with the camera getting a sky blue ring around it. The Beats Audio logo is subtler as well, with no trademark red colour!

Flip back to the front, and the edge-to-edge glass looks very classy, and the slight spillover effect on both sides gives a very premium feel when using it. The earpiece grille is drilled into the aluminum, which makes the entire facade look very neat and tidy. Somewhere in there is the notification LED. The One S sports typical HTC looks below the display, with three touch sensitive keys – return, home and the task manager.

Despite being thinner than the One X, the One S doesn’t feel so. However, the smaller display does make this easier to hold and use. We had praised the One X for being very usable despite the big size display, and the One S just takes that a step further.

Features & Specifications
There is a very impressive power package on the One S - Snapdragon’s S4 SoC (MSM8260), which features the 1.5GHz dual-core 28nm Krait processor, and Adreno 225 graphics. However, while the review unit we received featured the above mentioned chipset, customers in India will get an older chipset (at least until the Snapdragon S4 shortage issues are resolved), bearing a 1.7GHz dual-core Scorpion processor and Adreno 220 graphics. This means, you can expect lower performance and power efficiency with the Scorpion than what we tested (as seen in the Performance section) with the Krait.

Even though this is a dual-core in the territory of quad-core processors, being part of the latest generation means it is better equipped for the fight. There is 1GB of RAM complementing the processor, and while we do not really want this phone to change in any way, we expect more RAM in the next series of launches from most smartphone manufacturers.

The One S comes with 16GB of built-in storage, but no memory expansion slot. That is definitely going to be a limiting factor, if you happen to keep a lot of music and videos on the phone. For others, 16GB will probably not even be utilized completely, at least on the phone.

The 8MP camera is the same as the impressive one we saw in the One X, coupled with the same HTC ImageChip processor. This sits between the image that you click and the final result that you see – with an aim towards improving low light shots and better colour reproduction throughout the image. Apart from improving the processing of the image, it is also meant to speed up the entire process of taking one shot and being ready for the next one.

Wrapped over Android 4.0.3 is the same version of the HTC Sense that we had seen in the One X. Surprisingly, the UI seems smoother on the One S than it was on the more powerful sibling! Not sure if HTC has silently tweaked this one a bit, but it seems more fluid and smooth than it has ever been. However, we don’t like these UI wrappers on any smartphone, and for starters, we immediately replace the stock UI with Nova Launcher or Launcher Pro.

Performance
When we had started testing the One S, it felt like a perfect example of a phone that has been priced a bit too high, and was subsequently being forced to punch above its weight. This feeling persisted unfortunately, after a detailed benchmarking process.

To give you an example of how the One S stacks up against the likes of the One X and the Galaxy S III (read our review), we compared the three running a series of benchmarks. You can see the graphs to understand how the three phones compare. From what we gathered, the One S does stand up quite well against much more powerful rivals, but it still makes us wonder why HTC wanted to price this so close to the One X – with the obvious performance difference.

The 4.3-inch display is of the SuperAMOLED type, and has most things going for it. There are those who vehemently (blindly?) hate any display that has the word ‘Pentile’. However, we do not have such irrational hatred for anything, particularly when the result is this good. Do remember, the likes of the Galaxy Nexus and the Lumia 900 have Pentile displays, but that did not stop anyone from buying them! For starters, the crispness of the display is brilliant, just like what we had seen on the displays of the One X and the One V. Agreed, Ice Cream Sandwich’s font handling also helps, but then again, the display does need to be able to reproduce it. Colour depth is very good, something the AMOLED family of displays is well known for.

We had liked the camera on the HTC One X, and we extend the affection to the camera on the One S. It is very good for the most part, by that we mean during daytime and in good ambient light. It features excellent detailing and colour reproduction, and even zooming in to quite an extent does not bring in any sort of noise. Videos will not suffer from any disturbance as well. However, during night shots, the quality does degrade quite a bit. There is a distinct lack of crispness and smearing is visible when you zoom in. Videos will have an issue when panning from between two zones of different lighting. However, this camera is not half as bad as the Xperia S at nighttime conditions.

Call quality is quite good and clear, with a similar signal strength displayed as the One X in the same zones. The earpiece quality is quite good, with most of the ambient noise at the other end downed out behind the caller’s voice. The only issue with the earpiece and the handsfree speaker is that they are quite soft, and you will have a tough time hearing them over the din.

Battery life is pretty standard fare - the One S will last a day, but not anymore. This is a surprise, since we expected more from this because the One X also offers similar backup despite more power on offer.

Bottomline
The HTC One S offers very good performance, and we cannot fault the phone in any respect on that aspect. The only thing that we find a bit perplexing is the price of the device. At Rs. 33,590, it is too close to the One X, which will no doubt cannibalize the sales of either one of these phones. No matter how HTC may try to play it, the phone with the more cores on the processor will probably sell more on the shop floor.