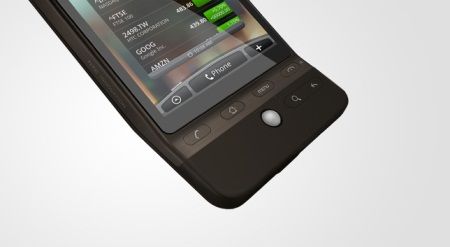 The HTC Hero is a path-breaking smartphone that introduces the HTC Sense technology to the Google Android operating system. HTC Sense promises to take the Android's user-experience to the next level. With features such as multi-touch and wide screen, it is little wonder that the HTC Hero is being talked in the same breath as the Apple iPhone.

Ergonomics of the HTC Hero

The first thing that strikes you about the HTC Hero is its unconventional design. The base of the HTC Hero has a 15 degree tilt; forming a 'chin' to the phone's profile. Bevelled edges offer a good grip and the tilt helps in grasping the phone easily. The 3.2-inch touchscreen comes with an anti-fingerprint finish, which prevents smudging. Although we noticed while testing, that leaving fingerprints is inevitable and you will find yourself constantly cleaning the screen. The Hero has only five buttons along with a trackball. The trackball though, is a redundant addition, if you ask us; rarely used except for when using the camera. The volume control knob is located on the left hand side of the phone.

Features of the HTC Hero

The HTC Hero runs on a Qualcomm 528MHz processor with inbuilt support for Adobe Flash. The phone runs the Android OS v1.5. However, HTC has announced plans to upgrade the OS to v2.1 by March 2010.

The capacitive touch sensor is very smooth. The phone's display is crisp, and flipping through the various screens does not leave any lag. More on the screens in a bit. The screen's response is quick but at the same time it is advisable to not get carried away running multiple applications on the home screen as that slows down the performance of the phone.

The HTC Hero offers as many as seven home screens, each of which can be customized according to the your taste and choice. Each of the seven home screens can be set to a pre-defined one or you could customise them. So what's a scene? A scene basically is a collection of applications that can be placed on each of the seven home screens of the phone. The HTC Hero comes with scenes for: Social, Work, Play, and Travel, among others. Let's take an example of a businessman to understand scenes better. During the weekdays when he or she has to take care of a lot of office work, then the Work Scene would be helpful as it puts work related widgets such as email, stocks, and connectivity right there on the home screens. During the weekend when it's time to switch off and relax, the Play Scene would be more appropriate. Activating which would put up widgets such as games, Facebook, Twitter, etc. on the home screens. Likewise you can also make your own customised scenes and set them to particular days of the week, or a particular time of the day. The Scenes mode is a part of the Sense UI which enables the user to have multiple phone screens on the same device, thus adding an extra bit of personalisation. 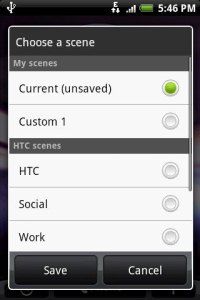 The menu button on the phone's face is programmed according to the application chosen. The search option offers contextualized search, based on the screen on which the user is (apart from the normal Google search), thus saving on a lot of time.

An interesting feature while dialing phone numbers is the option to search for your contact with the number pad. The idea to integrate various facets of the contact: such as phone details, messaging, Facebook, Flickr, Twitter onto one screen, prevents the user from toggling between different applications to access details of a particular contact. This is a very cool feature.

The HTC Hero recognizes files directly from the MicroSD card and you don't need to paste the file inside dedicated folders. Before connecting the phone to the computer, you do need to download HTC Sync to enable communication between the phone and the system.

Viewing Office documents such as Word files, Excel sheets, among others, is a cakewalk. For Word documents, you can maximize the document size, and the screen readjusts the document such that the user does not have to use the horizontal scroll bar. Viewing PDF files on the Android OS is much faster as compared to the Windows OS. It allows the user to view the PDF in continuous as well as reflow size - it disables the need to use the horizontal scroll bar at any magnification.

The camera of the HTC Hero 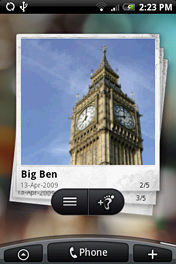 The phone comes with a 5MP autofocus camera along with an inbuilt geotagging and 'Footprints' applications. While clicking a snap, the focus can be adjusted to any point in the frame by just touching that particular spot on the phone's screen. The shutter release button is the track ball which can get very annoying due to the ultra-sensitive nature of said ball - one tends to get a lot of blurred photos, no thanks to it. A separate standalone shutter button would have been a much simpler option. Absence of a camera flash makes shooting in low-light very difficult. Video recording can be done at a maximum resolution of 352 x 288 which is not that great. Video shooting mode does not provide many options to the user. The HTC Hero cannot play HD-quality videos either.

Footprints is an interesting app on the HTC Hero. It essentially adds location information to a photo snapped using the HTC Hero. Footprints allows you to take a picture of a particular place with the Hero's camera and geo-tag it, so that it can be located on Google Maps. You can also add other details such as ratings, phone number, a website, and a voice memo. The Sense UI also allows one to categorise the place for options such as shopping, dining, etc. This is a great application for frequent travellers as it allows them to make up a list of their favourite places. It would have been better if there was an option to send this information across; maybe as an MMS - to family and friends.

The HTC Hero comes with a 3.5mm audio jack for headphones. But music output of the phone is not up to the mark. Moreover, there are no options for manually adjusting the equalizer. FM radio is also absent on the phone. The speaker quality of the HTC Hero adequate; nothing to get excited about. In short, this is not a phone for the audiophile.

The phone performs wonderfully when connected to the internet. The HTC Hero reflows text on websites, which, alongwith the magnification is a very useful feature. Although the phone supports Adobe Flash, playing videos on YouTube left a lot to be desired. For instance, while waiting for the video to buffer, the phone would go into its lock mode; upon unlocking, we found that they video could not play. Unfortunately, you can't let YouTube stream in the background, which would have been a wonderful feature.

Some of the widgets makes the online experience truly amazing, like Google Maps, for instance. While using Street View on Google Maps, the phone acts as our eyes on the street. We tried looking at the Eiffel Tower through the phone using Google Street View. One neat touch here - if you move the phone from the ground to the ceiling, you can actually see the Eiffel Tower from its base to its peak. It's an ideal app for couch surfers and travellers. 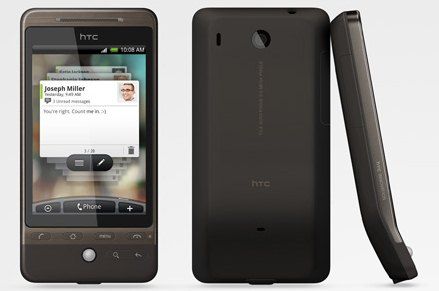 All in all, this a very good phone for working professionals who are active on the social media platforms. If you are looking at a phone that offers a good camera or one that delivers a good music experience, then the HTC Hero is not the one for you. The Hero's smooth interface and convergence of applications works to its advantage. However at Rs. 31,990 (Rs. 34,600 in Maharashtra and MP) the HTC Hero is a tad overpriced. Anywhere in the Rs 26,000 to Rs 28,000 bracket and the HTC Hero would have been a steal.

You can also find the specifications, features and listing of prices of HTC Hero through online stores at consumermate.com.  Also compare other HTC Models such as HTC Touch, HTC Magic, HTC Viva and others.