The Gionee Elife S7 is a beautiful smartphone that falls short in a bunch of aspects like the camera and UI. However, it may not break any performance charts but it is not as lousy as you think. The build and design is top notch and that’s what sets it aside but there are still some creases that require ironing.

Gionee smartphones have been around in India for quite some time now and with each new flagship the company tries to make smartphones slimmer. The Gionee Elife S7 is the latest smartphone to subscribe to this design philosophy. With its sleek body and premium build quality, the smartphone is a complete looker. However, we have seen Gionee phones fail to achieve more than average scores in other aspects, so will the story change here? Let's find out. 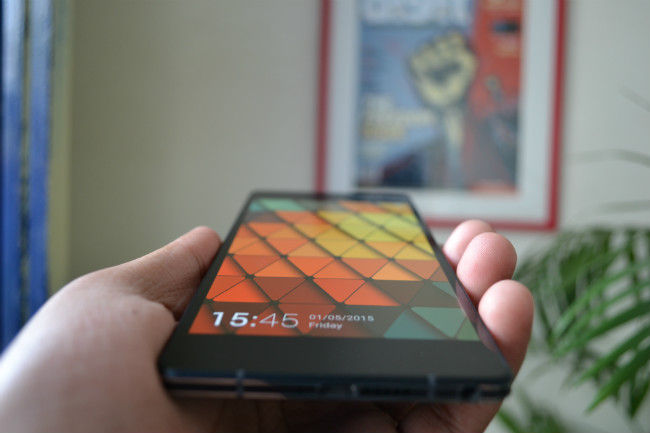 Smartphones these days are far more personal possessions than any other thing you may own, and the Gionee Elife S7 is one of the most beautiful ones you can own. The S7 features a delicate looking design of glass and metal which is quite intriguing. The linearity of the slightly pressed metal band around the phone and the glass back makes it a very good looking smartphone. Having said that the whole "anorexic" body does give the impression of fragility and may make you want to use a case. 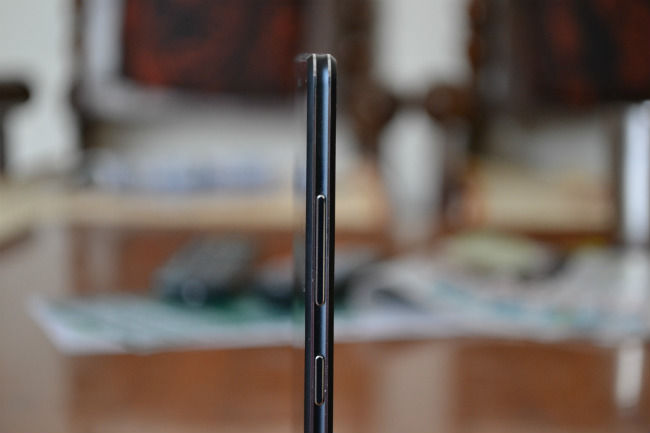 Gionee has done a very praiseworthy job in terms of design as the slim phone holds a lot hardware inside. It boasts one of the slimmest 13MP camera modules I have seen without any extra protrusion. The power and volume rocker buttons which are present on the right edge have nice travel and offer good tactile feedback unlike many other phones I have seen in this price band. The micro USB port and the headphone jack are present at the bottom along with the loudspeaker grill which fits well in the 5.5mm thin body. This design choice however does have drastic effect on the thermal conductivity of the smartphone which I will talk about later in the performance section. 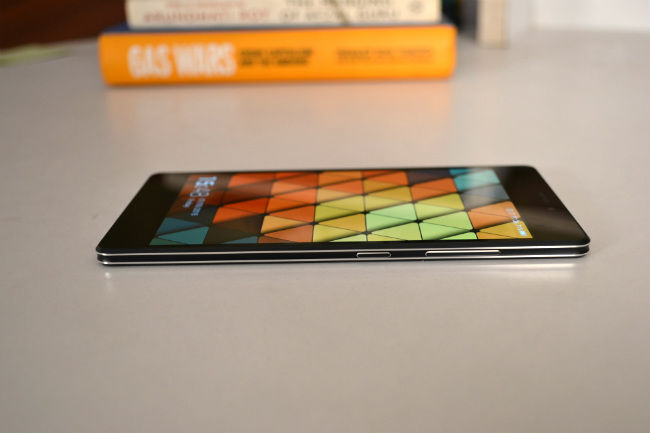 The 5.2-inch AMOLED display on the Gionee Elife S7 is just as good as the design. The colours are bright, sharpness is good and contrast ratio is obviously perfect since it is an AMOLED panel. Most AMOLED displays I have seen in the past are prone to exhibit a bluish tint but the one on the S7 is almost neutral. You can however change this since the smartphone allows you to change to a cooler or warmer colour palette according to your tastes. The touch response of the display is okay but not super smooth like we saw on the Xiaomi Mi 4i. Going over the UI, first of all users have to do without an app drawer which divides the opinion about the UI at the very beginning. We have seen many such UIs in the past which don’t provide an app drawer, like the MIUI for example. But unlike the MIUI which is easy to use and learn, the Gionee Elife S7's UI is very unorthodox. For example, in normal Android phones you will find the quick toggle menu or at least the settings menu in the top drop down panel but in Gionee it is in the notification centre which comes up from the bottom. Now this would have been fine but this pull up menu gesture clashes with the unlocking gesture of the lock screen, and on the home screen the menu works only if pulled precisely from in between the navigation keys. The only good thing I can say about the UI is that it does not hang, lag or stutter and part of that credit goes to the new MediaTekSoC.

Performance is good but not the best

The Gionee Elife S7 is powered by the 64-bit MediaTek SoC MT6752. This octa core offering is a much refined workhorse than its previous generations. This particular SoC was also present on the recently reviewed HTC Desire 820s. The Gionee handles daily tasks, multiple apps and Full HD video content with ease. Gaming performance is not bad either. Heavy games like Brothers in Arms 3 ran smoothly even when playing for prolonged periods of time. However, using the phone for demanding purposes like gaming or photography does make the phone heat up very quickly. While the metal frame does cope well with the heat and dissipates it as quickly, it's still a drawback.

Check out how the smartphone compares to its rivals in synthetic benchmarks:

Now as you can see, the Gionee Elife S7 is not as powerful as the OnePlus One but does achieve respectable scores. Moving on, the 16GB non-extendable internal storage could be dubbed as limiting for some and at least a 32GB version would have been appreciated. The call quality and signal reception of the smartphone is acceptable even with a completely metal body. Sound quality of the loudspeaker or via the headphone is also acceptable as well. 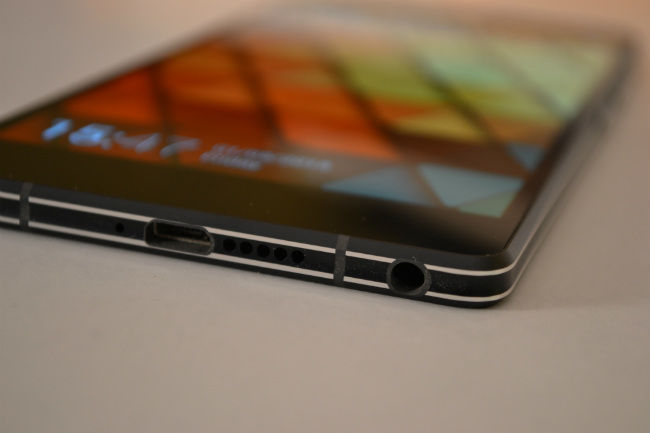 Another problem which has remained synonymous till now with slim Gionee smartphones is the lousy battery performance but the Gionee Elife S7 changes that. The MediaTek SoC sips the battery quite efficiently giving the phone a nice balance between performance and sustainability. In our standard battery test, the 2750mAh battery scored an impressive 12.5 hours of on time. The smartphone gave me around 7-8 hours of on-time during a normal day with moderate usage, which is good enough. Gionee could have increased the battery size by letting go of the slim form-factor but then again that would have rendered the Elife S7 as just another phone from a Chinese manufacturer. At the back, the 13MP camera is an average one and lacks the finesse of a flagship shooter. The images taken by the camera looked good on the 5.2-inch AMOLED display but all that goodness was gone when observed on PC monitor. The camera is unable to capture details well and the finer elements in photos look smudged. Most of the photos came out oversaturated, lacking accurate focus and uneven contrast. Dynamic range of the camera is okay but leaves much to be desired. Low light images are downright unusable with too much noise. The video camera however is slightly better but not good enough to compensate for the shoddy camera quality. The camera software does come with plenty of "pro-photography" toggles but alas they fail to make much difference.

The Gionee Elife S7 falls considerably short of the standards set by most flagship smartphone and it relies a little too much on its looks. However, while it may not be a performance beast but it's no slouch either. The average camera and the UI are two major sore points of this smartphone but they are overshadowed by the looks, build and respectable performance. So, the S7 is a noteworthy option if your requirements don’t include a good camera, stock Android UI and a microSD card slot. But if you do require a better feature set, the OnePlus One (64GB) or the Asus Zenfone 2 (4GB) are better choices.