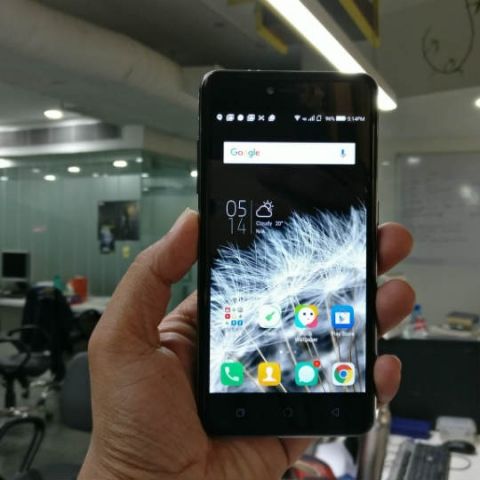 The Coolpad Note 5 Lite is hard to recommend over its competition. While the device does look good, and is decently built, it lags behind the competition in terms of performance. If you are looking for a compact budget smartphone, pay a bit more and get yourself the Xiaomi Redmi 3S Prime or the Lenovo K6 Power.

Coolpad seems to be on a phone launching spree. The company has launched the Cool1, Note 5, Note 3S, and the Mega 3, all within a span of a few months of each other. Adding to that, we have the Coolpad Note 5 Lite, a smaller, cheaper version of the Note 5. However, while its predecessor boasts 4GB of RAM for just over Rs. 10,000, the Note 5 Lite doesn't seem to have anything special to offer at its price point of Rs. 8,199, at least on paper. Considering that the price puts it right in the middle of the two Redmi 3S smartphones, this could be a problem. But let's find out if the Coolpad Note 5 Lite has what it takes to beat the competition.

The Coolpad Note 5 Lite is a pretty good looking smartphone in my opinion. It sports a metallic frame and 2.5D glass on top. The power button is located on the right edge of the device, while the volume rocker is on the left. Turn the device around and it looks almost exactly like the Note 5, including the fact that you can easily see where the rear panel is fused into the main body. 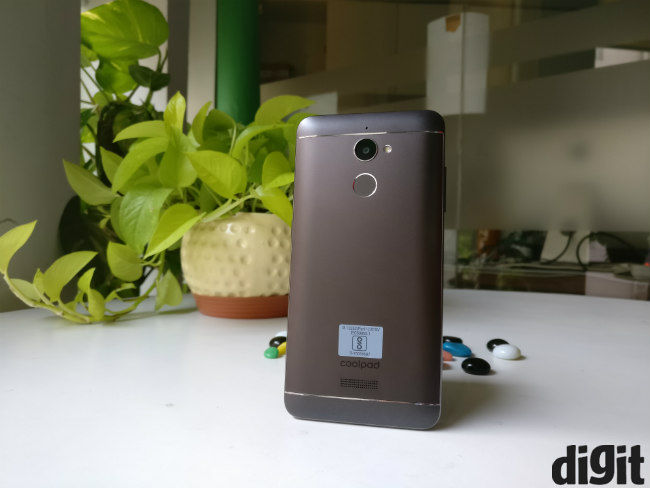 Overall, the phone feels better built as compared to its elder brother. The smaller size and chamfered edges make the phone easy to grip. Further, the places where the rear panel fuses into the main body aren't very noticeable when you run your fingers over it. That makes the design more seamless and the edges don't dig into your hands when using the phone. 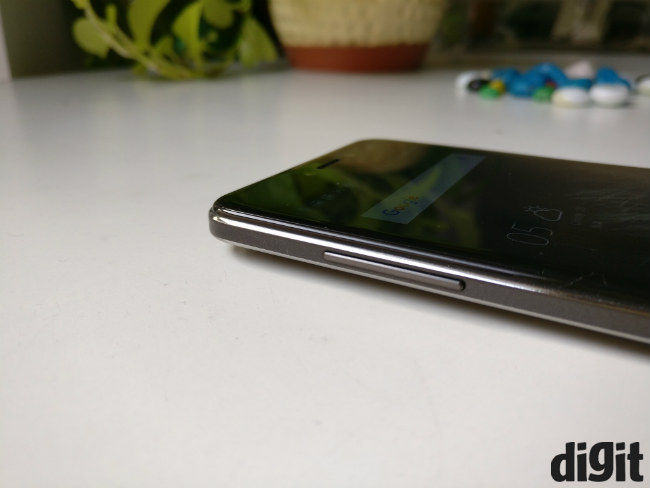 The smartphone sports a 5-inch HD display with a resolution of 1280 x 720 pixels. Colours are cooler with slight shift when viewing from angles. The display is also pretty dim with a luminance rating of about 320 Lux. Like the Coolpad Note 3S, the smartphone doesn’t register more than five touches at a time. This won't be a problem in regular usage, but can be an issue when gaming, resulting in ghost touches. 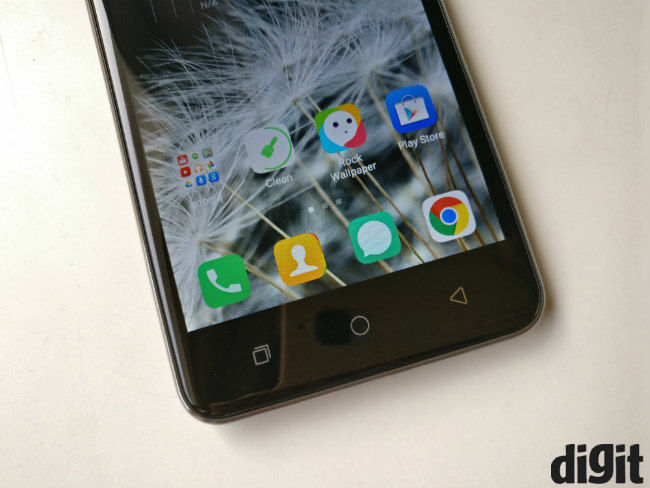 After introducing a more stock-like version of its CoolUI 8.0 with the Coolpad Note 3S, the Note 5 Lite brings back the old look of the UI. This might might be a good idea considering the version used on the Note 3S felt unfinished and lacking polish. However, this means that bloatware such as the Xploree keyboard, Zumei Weather and more are back. Also, the Quick Toggles are accessed by swiping up from the bottom of the screen, similar to the Coolpad Note 5, but this time, the problem of accidentally pressing one of the capacitive buttons wasn’t as persistent, thanks to the smaller screen size.

The Coolpad Note 5 Lite sports a camera setup similar to its elder brother consisting of a 13MP rear camera with a f/2.2 aperture lens. The images taken by the rear camera lack detail. It has trouble in brightly lit areas with shadows looking too dark and clipped highlights. Colours are a bit oversaturated too, but that may not be a problem for most. Overall, the camera is sub-par, especially when you consider it against competitors. 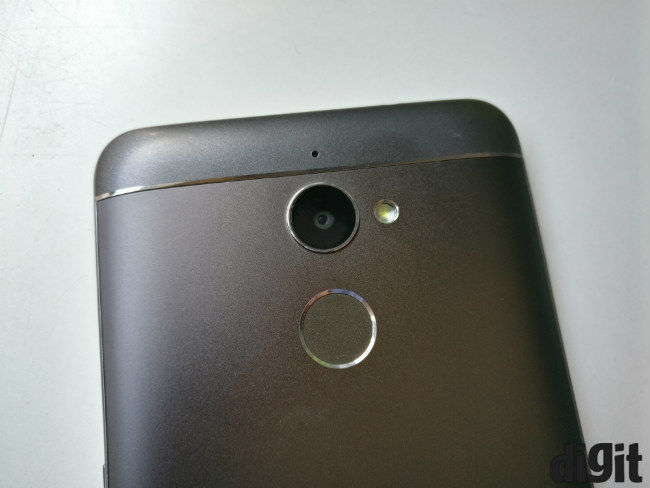 At the front is an 8MP camera with an LED flash. However, unlike in the Note 5, which used a static LED in lamp mode, the Note 5 Lite’s front LED behaves more like a normal flash. This makes it easier to take selfies with it as you don’t have to stare into a lit LED. In terms of quality though, images don’t fare much better than the rear camera. Photos lack details, even more so here because of oversoftening.

The Coolpad Note 5 Lite is powered by a quad-core MediaTek MT6735 SoC with 3GB of RAM. During my daily use, there were noticeable lags between opening apps or even typing. These lags continue into the menus of games like Asphalt 8. In synthetic benchmarks, the phone falls noticeably behind similarly priced competitors like the Xiaomi Redmi 3S Prime and the Lenovo K6 Power. Further, these two devices come with 32GB of inbuilt storage as compared to 16GB found on the Note 5 Lite. If you are a gamer or someone who tends to take a lot of pictures and videos, 16GB just won’t cut it anymore. As a rule, we do not recommend 16GB smartphones to our readers.

As for gameplay, frame rate was at about 21fps on average for games like Asphalt 8, which is lower than what most of its competitors can achieve. This means you'll not get the optimal experience from games, although they'll still be playable. On the other hand, heating doesn’t seem to be too much of an issue. After about half and hour of gaming in an air conditioned room, the device got up to about 37 degrees indoors, which is reasonable. (with outside temperatures at about 41 degrees, the phone reached 45 degrees with 15 minutes of gaming) 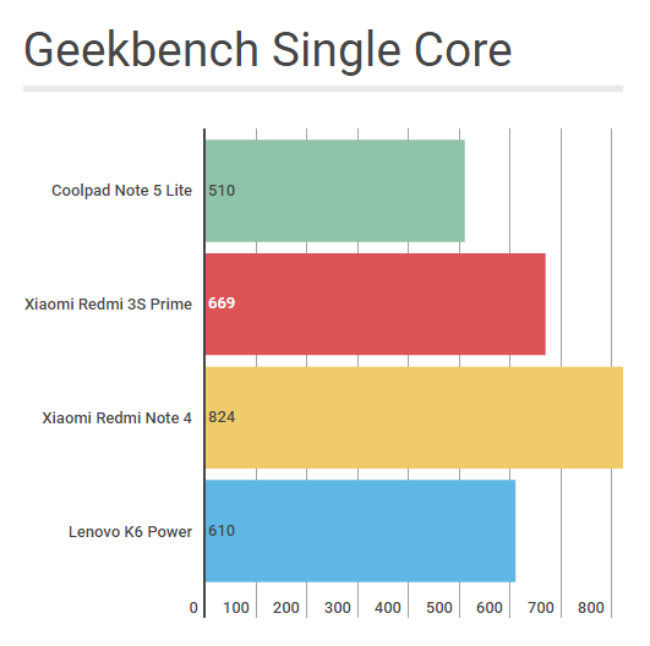 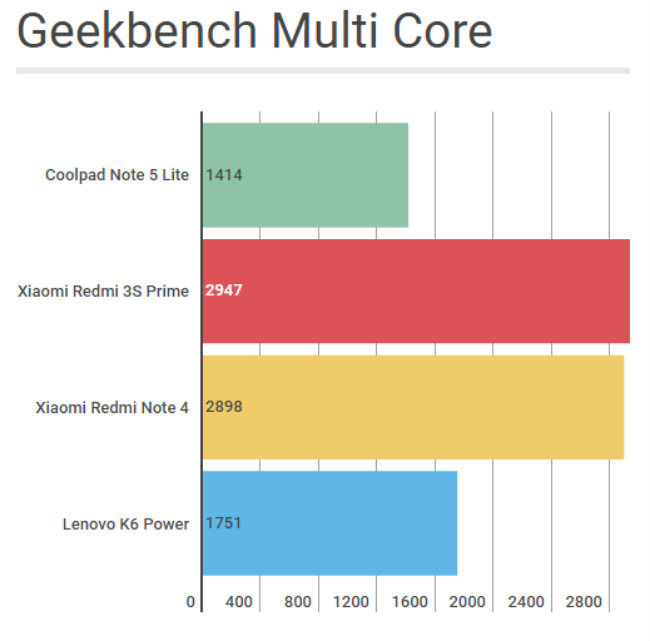 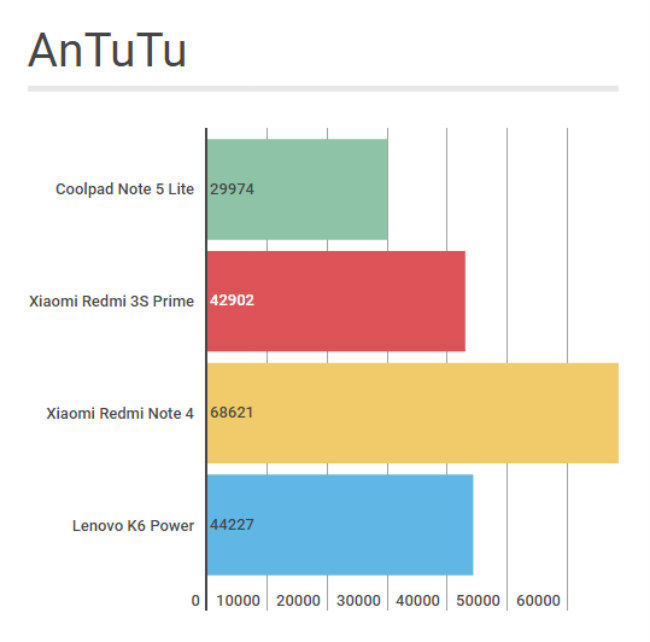 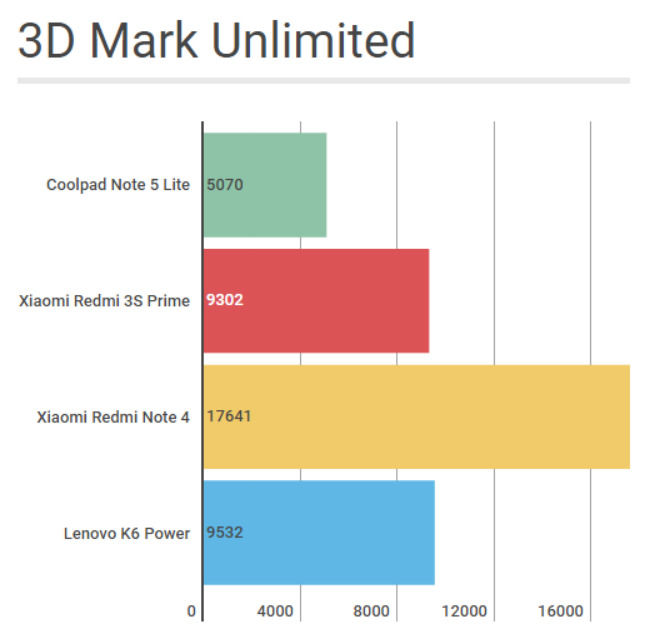 Overall, the Coolpad Note 5 Lite ranges between sub-par to average on the performance front. Regular usage isn't the best and it doesn't match up to competitors here either.

The smartphone sports a 2500mAh battery, which combined with the 720p display offers decent battery life. The Coolpad Note 5 Lite ran for about 8 hours during our synthetic benchmark tests. During my average work day, which starts at about 8am and ends at 11pm, I was left with around 40 percent of battery left. This included just over an hour of streaming music from Apple Music, about 20-25 minutes of gaming and some social media, calls, internet browsing and so forth.

At Rs. 8,199, the Coolpad Note 5 Lite is hard to recommend over its competitors. While the phone does look pretty good and build quality seems fine, it sorely lags behind in terms of performance. Further, 16GB of storage is not something we’d currently recommend in a smartphone, irrespective of the price. If possible, pay a bit more and get yourself the Xiaomi Redmi 3S Prime or the Lenovo K6 Power, which offer the same compact build with better performance and double the storage.