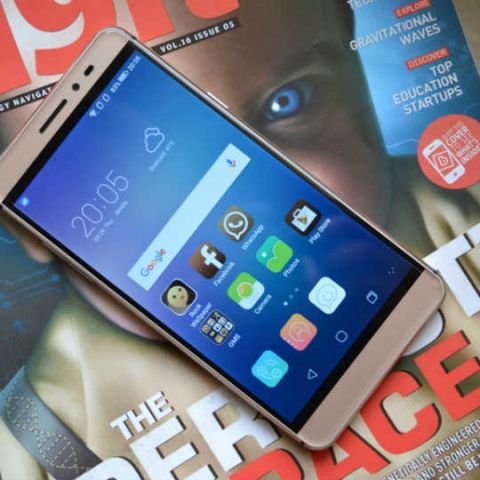 The Coolpad Max is a failed attempt by the company and is unable to impress us even with its charmingly good looks.

After two 'Note'worthy achievements in the budget segment, Coolpad is trying its luck in the mid-ranged flagship market, with the Coolpad Max. This latest smartphone from the company is certainly better than what they have been selling till now. The Max features an all metal unibody construction, which feels quite premium and is complimented by a good looking display. That said, it still lacks the firepower to compete against behemoths like the Xiaomi Mi5, which falls in the same price range. But, are specs really the deciding factor? The phone showed promise on first impressions, so we had high hopes from it.

Build and Design: Familiar, yet nice...

Coolpad has shed plastic exteriors for its flagship smartphone. The Coolpad Max has a metal construction, which feels well executed and premium.. Unlike earlier smartphones from Coolpad, this one has an industrial design, with a familiar look. The Max has an iPhone 6 like look which is a not a bad thing to start with, since iPhone 6 is one of the good looking phones out there. The flat design, curved 2.5D glass up top, chamfered edges and speaker grills at the bottom are not new in this price segment either, but add up to give the phone a premium look. While Coolpad has equipped the phone with narrower side bezels, the black border around the display fails the purpose. That said, the Coolpad Max is one of the best looking phones in its category and offers a sturdy build quality. 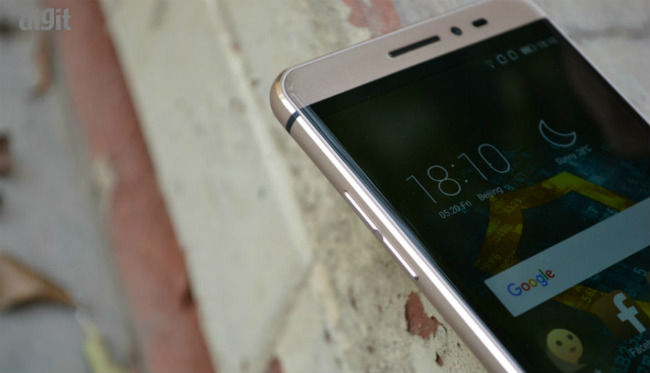 As we move on to the display, the Coolpad Max doesn't disappoint. It features a beautiful and crisp 5.5-inch LCD panel which boasts a 1080p resolution. It offers great viewing  angles, true life colour reproduction and a good touch response. The display also gets a Gorilla Glass 4 coating. However, it isn't that bright when viewing the phone outdoors. Moreover, it is reflective and catches fingerprint easily. 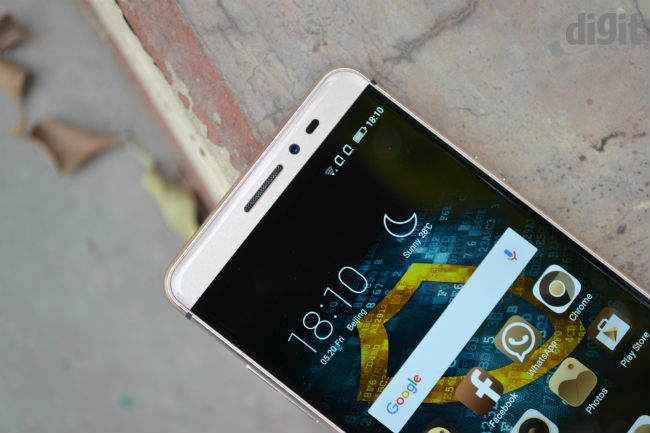 The UI on Coolpad Max seems like a step back from what the company was doing with the Note 3 series. The phone does not feature an app drawer but instead ‘all apps on the homepage’ style is implemented, which the phone could have done without. That said, Coolpad’s Cool UI does look good in instances, but it does not feature anything new or groundbreaking. Talking of groundbreaking, one of the key features Coolpad Max boasts of is the “dual space” feature. This is somewhat similar to “Users” on stock Android, which was introduced back in Marshmallow. This allowed a single device to be used by multiple users using their own set of apps and settings. Coolpad has developed the dual space feature on top of this. It has two spaces out of the box, Private and Main space. Both spaces have their own set of apps, call logs, SMS logs and settings. Out of the box, the private space is encrypted and can’t be accessed even on the PC, although it is quite easy to access both the spaces once you are past the initial fingerprint scanner of the phone. You can setup a pin or fingerprint scan to switch between spaces but it does not prompt you to do so when you set it up. The feature is aimed at people who like to keep two separate phones, one for private use other for official purposes. 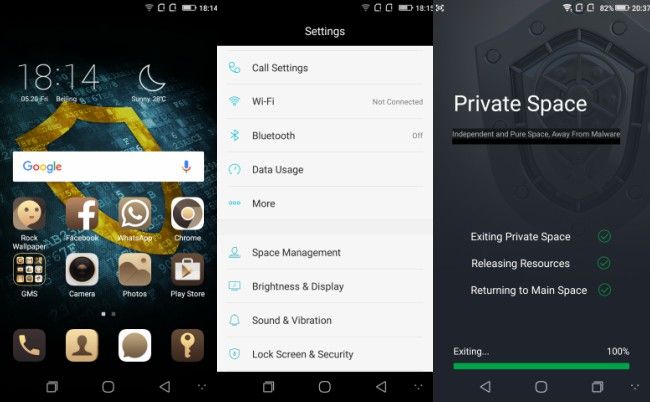 Moving onto the performance of the phone and it is as we expected, similar to the HTC One A9. Powered by a Qualcomm Snapdragon 617 SoC, the phone is able to handle all kinds of tasks with equal ease, albeit of an occasional lag. The 4GB RAM is able to handle multiple apps in the background, but the gaming experience is not the best on this device. We don’t mean it is outright poor, but considering the 25k price tag, we were hoping for better. In comparison, the Qualcomm Snapdragon 820 powered Xiaomi Mi 5 stands miles ahead, in terms of performance. While the Coolpad Max run everything we threw at it, although the experience wasn't lag free. We also noted that the app and game loading times are longer. Here is look at how the phone stacks up in synthetic benchmarks. 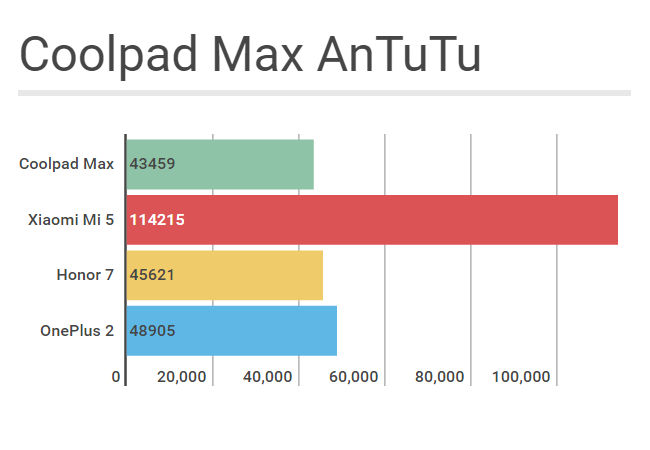 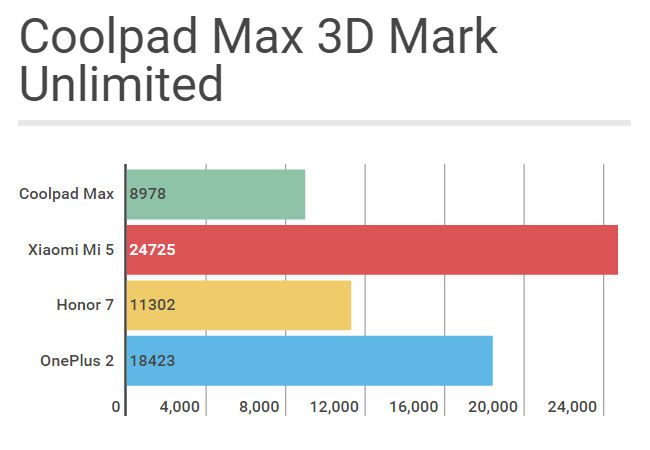 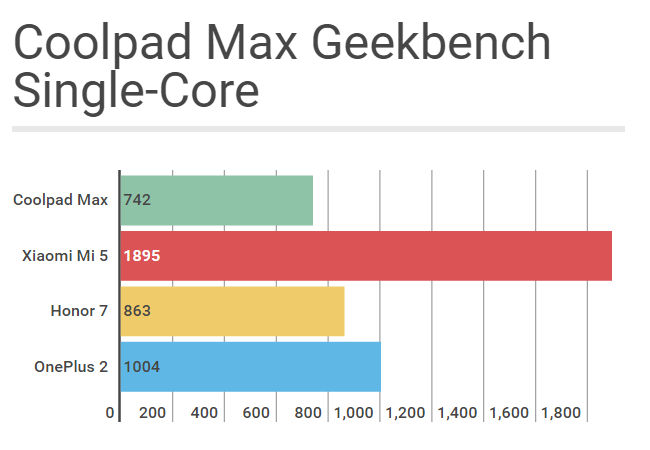 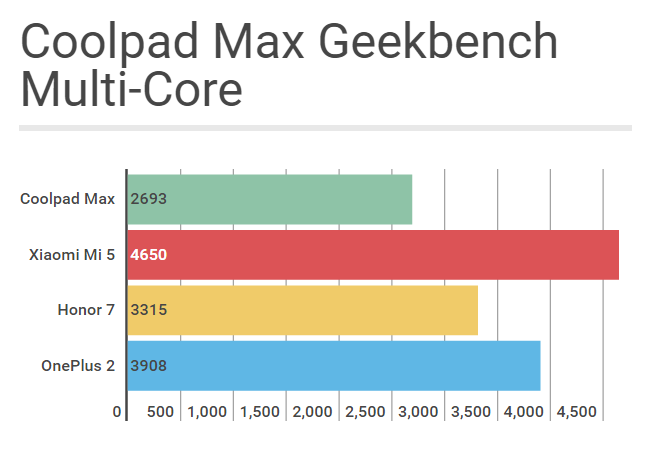 On the other hand, audio quality is quite good and the two speakers at the bottom are quite loud, but we believe, they could have been louder. Although, the sound cracking is barely noticeable. 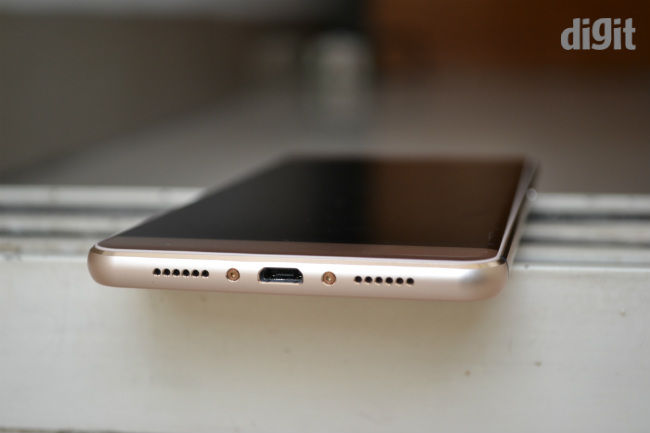 The 13MP rear snapper on the Coolpad Max is decent at best, and at an asking price of Rs. 24,999, Coolpad certainly could have done better. It uses the same Samsung ISOcell sensor, which was last seen on the Xiaomi Redmi Note 2 Prime, which never made it to India. Images taken by the camera have good colour saturation, a little warm, just the way most people like it. However, there is too much noise to call it flagship class. Also, we have seen better images from 13MP smartphone cameras in the past. Low-light image quality isn't that great either and leaves much to be desired. Adding to its woes, is its dodgy auto focus. The front facing camera is not the best either and we have seen better on budget smartphones. 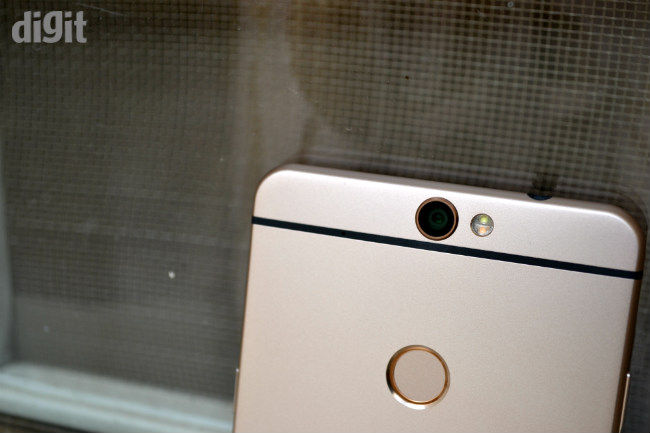 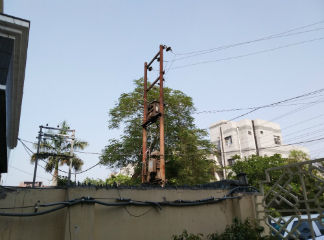 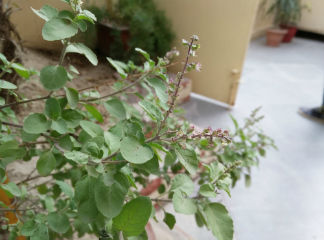 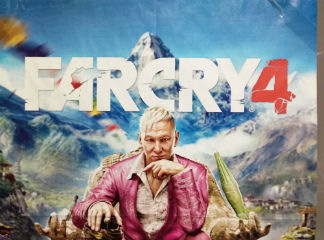 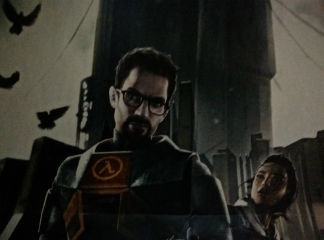 With around 7 hours of screen on time, the battery on the Coolpad Max is good enough as the device scored 3913 points on the Geekbench Battery test . Like every other smartphone out there, gaming depletes the battery at an increased rate. While using the phone as daily driver, with only essential tasks such as calling, listening to music, streaming video and some web browsing, it was able last us a day.

The Coolpad Max is a good attempt by Coolpad at the sub-30K smartphone market, but it fails to wow us. It relies heavily on its design and build quality instead of performance and camera. While the performance of the phone is nothing groundbreaking, it can still manage day to day tasks with ease. That said, there are better phones in the market which will be able to provide a better overall performance, like the Xiaomi Mi 5 or the Honor 7.