Asus Zenfone Zoom Review: All for nothing 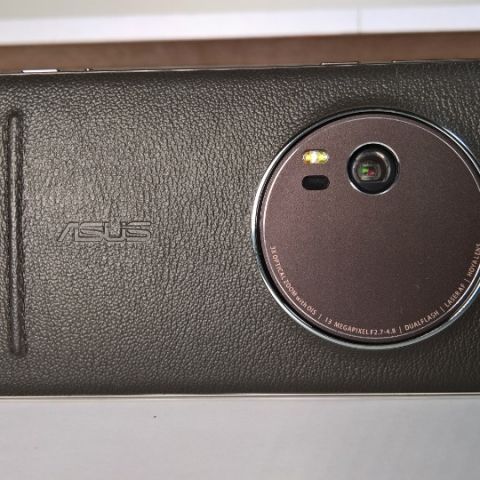 The Asus Zenfone Zoom may have an optical zoom camera, but the image quality isn't worth Rs. 37,999. It's basically a Zenfone 2 with optical zoom, which doesn't make sense at this price range.

Rs. 37,999, that’s the price Asus chose for the Zenfone Zoom smartphone. One of the few smartphones to offer an optical zoom, the Zoom was announced last year and it took Asus a full year to bring it to India, perhaps to tackle strong sales of its myriad Zenfone 2 smartphones in the market. Seriously, it’s almost like Asus had one Zenfone 2 model for each smartphone its competitors produced. But harp about the nomenclature as much as you want, there’s no denying that the world’s first smartphone to boast 4GB of RAM was a killer product when it was launched in India.

The Zenfone 2’s success, though, was thanks, in no small part, to its pricing. At just around Rs. 20,000, the phone brought its competitors down to their knees without breaking a sweat. However, the Zenfone Zoom lies in a more expensive price bracket, prompting the question, is it really worth it? Well, in my humble opinion, it isn’t, but let me explain why, in the Asus Zenfone Zoom review.

Camera
Beginning with what this phone is all about, the 13MP camera on the back, with OIS and 3x optical zoom. If you’re one of the many camera enthusiasts out there, those specs have you intrigued. For others, optical zoom is a 'true' zoom, which is done using a zoom lens. Most phones today offer digital zoom, which basically takes the central point of your frame and enlarges the image area.

However, the Zenfone Zoom has the thinnest optical zoom ever on a smartphone. It basically means that unlike the Samsung Galaxy K Zoom, the camera module won’t stick out when you’re shooting. That poses a very basic problem in photography though, and one that has cost Asus dearly here. The distance between the lens and the sensor is a matter of physics, which means that to keep the system thin, Asus has had to compromise on the sensor size. As a result, the image quality takes a hit.

The Panasonic SmartFSI sensor used in the Zenfone Zoom has a 4.7x3.5mm sensor size, while the Sony IMX377 sensor on the similarly priced Nexus 6P has a 6.25x4.65mm sensor size. This makes for a massive difference in image quality.

The bottomline is that while 3x optical zoom on the Zenfone Zoom is better than 3x digital zoom on other phones, the overall image quality is bad, especially for this price range. In bright sunlight, the Zoom can take satisfactory images, but compared to its competition, like the Huawei Nexus 6P, Samsung Galaxy S6 and others, the zoom doesn’t stand a chance. The sample images below should determine the Zenfone Zoom's weaknesses easily.

To sum it up, the camera on the Zenfone Zoom would have been acceptable in the sub-20k range, but not in the flagship range. When you are not using the optical zoom (which, incidentally, is most of the time), images taken by the Zoom lack sharpness and details and appear quite washed out as well. Under low light, the Owl mode does help, but the Nexus 6P and others are far better.

Build and Design
I’ve always been flummoxed by Asus’ design philosophy with the Zenfone 2 series. While I wouldn’t go as far as to call them badly-designed phones, from an ergonomics point of view, they’re anything but useful. The Zenfone Zoom though, departs from the regular Zenfone 2 design, keeping only the essential elements. Like its predecessors, this phone has a 5.5 inch display, but in a 6+ inch frame. The Zenfone Zoom, though, has rounded sides, which makes it easier to hold than the Zenfone 2. Also, the faux leather back adds to the grip and isn’t the easily scratchable leather that you find on the LG G4. To clarify, it’s a plastic back, with a leather finish. If you’re thinking of the Samsung Galaxy Note 4, you’re on the right track. 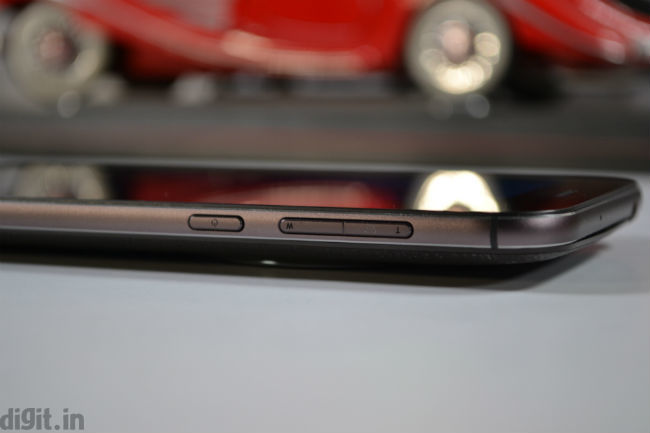 From its looks and the design point of view, I like this phone more than any in the Zenfone 2 series. The metal frame feels premium and despite the 12mm thickness, I can see many liking the Zenfone Zoom’s looks. However, we said it for the Note 4 and we’ll say it for the Zoom, the design doesn’t belong in this price range.

It’s also worth mentioning that the Zenfone Zoom takes a second to lock focus after you’ve zoomed in. This means that if you zoom in while shooting a video, your video will show a definite flicker at the point where the Zoom locks focus onto its subjects. 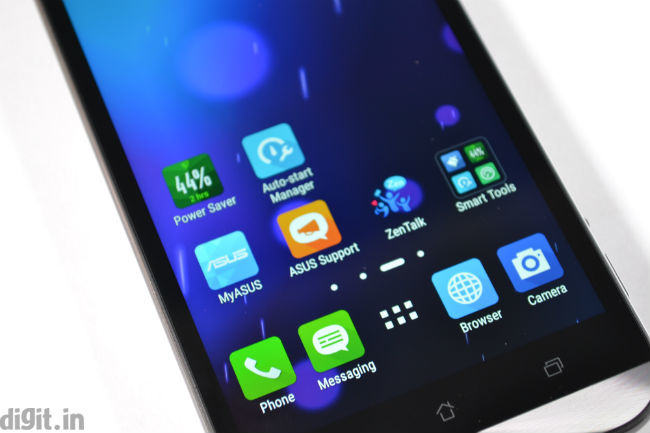 Display
I would simply point you to the Asus Zenfone 2 review in order to explain the display on this one, and again, it’s worth mentioning that there are much better displays in the 35k+ price range.

Performance
From a performance point of view, the Intel Atom Z3590 SoC on the Zenfone Zoom is a minor upgrade from the Z3580 on the original Zenfone 2. The new version comes with a higher turbo frequency of 2.5 GHz, over the Z3580’s 2.33 GHz. This allows slightly better single core performance, which you’ll hardly feel anywhere, except in benchmarks. In terms of real word performance though, this doesn’t make for a very big difference. The Zoom is a good performer, just like its predecessor was, and with 4GB of RAM, offers ample space for multitaskers.

Battery
The similarity between the two processors continues on the battery front as well. The Zenfone Zoom isn’t the best when it comes to battery life, especially in the flagship range. On regular usage, the 3000mAh battery can last you for about 8-10 hours without using the power saver modes, and with the screen at full brightness. There’s not much difference between this and the Zenfone 2, in terms of battery life, but compared to phones like the Nexus 6P, Moto X Style or even the much cheaper HTC One A9, the Zoom lags behind once again.

Bottomline
Ever since the Zenfone 2, I’ve been a fan of Asus and its smartphones. Its partnership with Intel has paid off and we’ve got some really good phones from Asus. The Zenfone Zoom, however, is not one of them. The performance is similar to the Zenfone 2, which costs about half of what the Zoom does, the UI is as bloated as ever, and more importantly, the camera turns out to be weaker than any of us though it would be. Optical zoom is of no use, if the basic image quality isn’t good, and at Rs. 37,999, there are much better phones out there.