Asus Zenfone 3 ZE552KL Review: Has its moment, but not a complete package 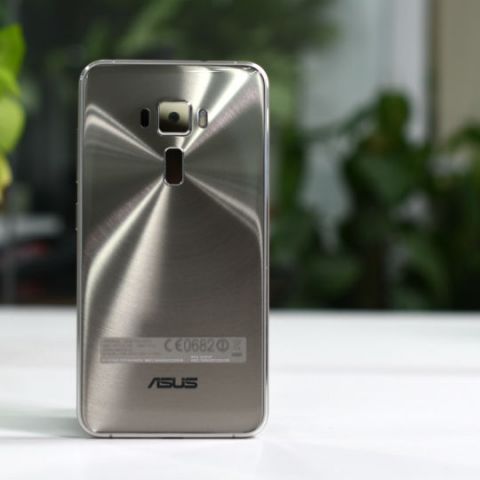 At Rs. 27,999, the Asus Zenfone 3 is not the best smartphone to buy for those looking for a whole package. You can consider this smartphone for its battery, and even the camera is above average, but as a complete smartphone, the Zenfone 3 is well behind the OnePlus 3 and LeEco Le Max 2.

Momentum is an important aspect of selling in the smartphone market today. Brand perceptions are set really easily, and changing them can be a gigantic task. Brands like Asus ruled the roost last year, outshining many with their value for money smartphones. The Asus Zenfone 2 was the first phone to bring 4GB of RAM to smartphones, while the company also brought a laser AF camera system to the budget range. Barring the fact that Asus’ product nomenclature was obscenely confusing, it seemed that the company could do no wrong.

It’s 2016, and after a brief break, Asus is back. The Zenfone 3 was announced at Computex 2016, and as it was last year, Asus is hitting multiple price segments. However, thanks to Intel’s exit from the mobile SoC market, Asus can no longer keep up its pricing. The company may not have said it officially, but adding Qualcomm’s chipsets have obviously raised the prices, and no one’s really happy about that.

Do high prices mean bad phones, though? The answer to that would be no. Also, Intel’s exit gave Asus the unique opportunity to position itself alongside the Samsung’s and Apple’s of the world, which is exactly what the entire Zenfone 3 line is. The question we look to answer is whether Asus has done enough. Here’s our Asus Zenfone 3 review.

Placed face up, you would be forgiven for thinking this is a Samsung phone. The Zenfone 3 has the same rounded corners as Samsung devices, and even the camera hump on the back is somewhat similar to the Galaxy S6 Edge. That also means that many who liked that device, would like this one too. Personally, I’m not a big fan of the Zenfone 3’s design. 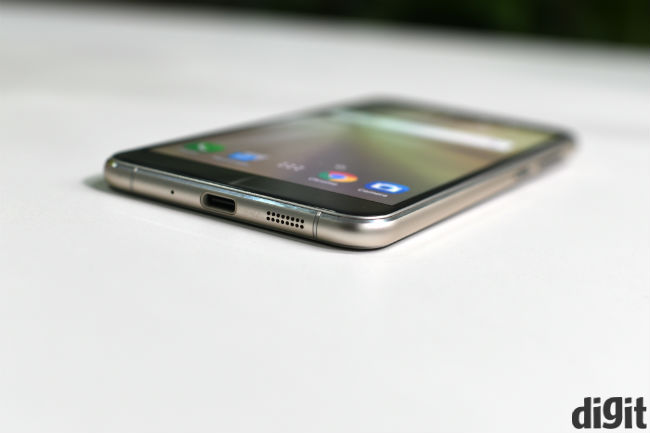 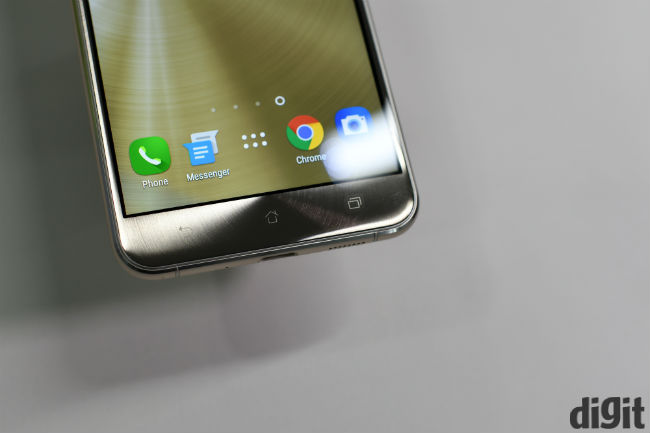 The front bezels are too thick, and combined with the thin strips over it, the phone is wide, making it somewhat unwieldy, and tougher to reach the fingerprint sensor. The glass also doesn’t feel as premium as it should, and the concentric circle design is just too shiny for my taste. Looks are subjective, though, and many may still find the Zenfone 3 attractive. It has the metal and glass combo that seems to be dominating headlines nowadays. It’s just not as well done as a Samsung smartphone. Gorilla Glass 3 is just not the best anymore. 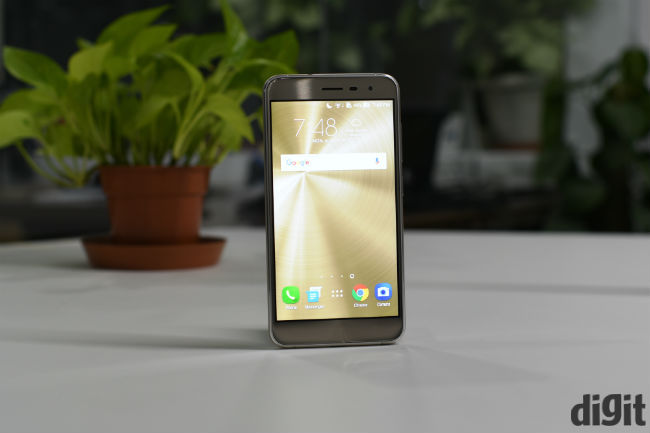 The overall build quality of the Zenfone 3 isn’t as premium as we’re used to nowadays. You can see slight depressions where the antenna bands pass the metal frame, and though it is thin and light enough, you don’t feel like you’re holding a premium smartphone. At Rs. 27,999, that’s something we want today.

A 5.5 inch FHD display creates a pixel density of 401 ppi. This is enough for most viewing needs, and the Zenfone 3’s viewing angles are good as well. However, the display doesn’t have the deep blacks that most premium smartphones have. It’s far from AMOLED quality, and though the colours are sufficient, that’s the most one can say about the display. 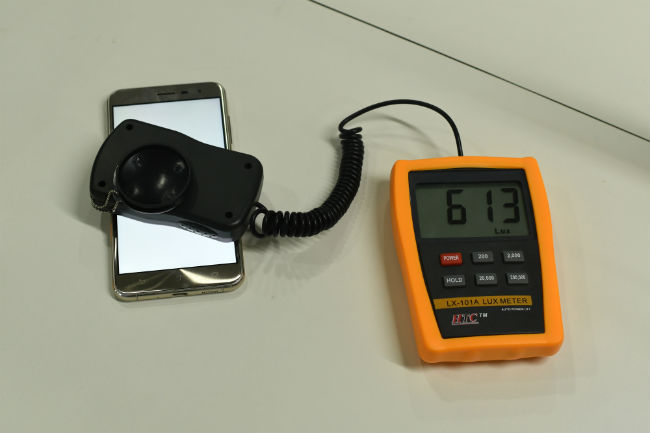 There’s nothing very special about the Zenfone 3’s display. Its maximum brightness of 618 Lux is considerably lower than the OnePlus 3, which gives a reading of 800 Lux on our tests. The contrast ratio on the Zenfone 3’s display isn’t very high either, and colours don’t pop the way they do on premium devices.

My greatest qualm with the Zenfone 3 is Asus’ ZenUI. It’s too bloated, with apps that I’ll never use, and additions that make little sense. For instance, Asus has added a Game Genie app, which pops up whenever you’re playing a game. It allows you to livestream a game on Twitch or YouTube, neither of which is a very useful addition, considering the weak processor on the device. In addition, in games like Injustice: Gods Among Us, the Game Genie appears right over your character’s images, and you inevitably end up pressing it whenever you want to tag in another character. The Game Genie offers nothing that I need while gaming on a smartphone. It would have still made sense on the Zenfone 3 Deluxe, which may still be a gamer’s smartphone, but not the Zenfone 3.

The addition of too much bloat aside, ZenUI’s appearance, though better than Huawei’s EMUI, doesn’t impress. The big square icons take up too much of the screen real estate, as does the notification drop down. Plus, you’ll have some Asus app asking for your attention each time you put the phone down for a few minutes.

The Asus Zenfone 3 is the first smartphone running on Qualcomm’s Snapdragon 625 octa-core SoC. Built on the 14nm process, the SD625 has Cortex A53 cores, and its performance is better suited to the budget range. It’s weaker than the Snapdragon 652, and this results in visible lags on heavy games like Injustice: Gods Among Us, Asphalt 8 and more. 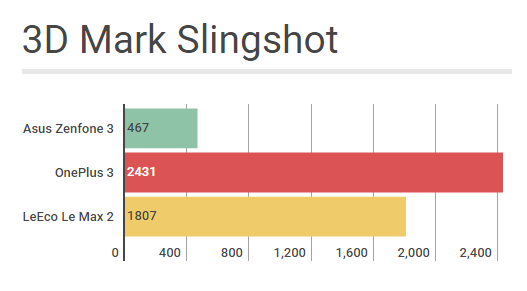 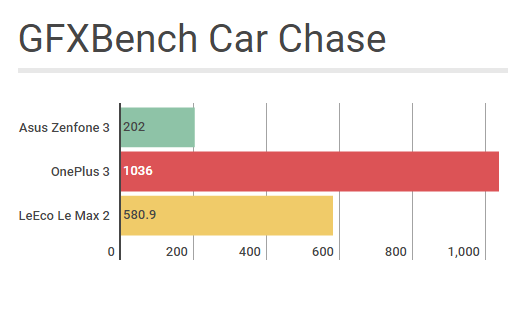 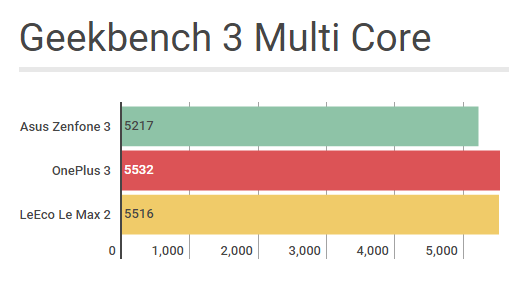 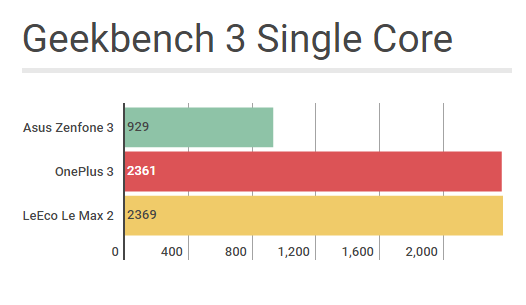 The single core performance is considerably lower than the Snapdragon 650 and 652, which of course makes it no match for the Snapdragon 820 as well. This makes the app load times, especially for games, quite high, and you would face stutters on the Zenfone 3 over long term usage. It has 4GB of RAM, which allows enough room to keep apps running in the background, but when your processor isn’t fast enough, it makes little difference in real world usage.

The 14nm process, however, makes this a pretty low power SoC. As a result, the Zenfone 3 is quite efficient in keeping the temperatures under check, and it takes some doing to get this phone above 40 degrees. Capturing 4K video is one of the ways, but for most practical purposes, the Zenfone 3 will never cross the 35-37 degrees celsius barrier. 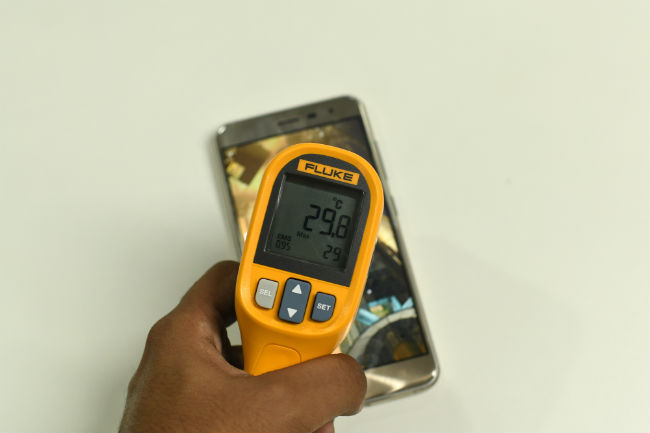 Asus’ first tryst with Qualcomm’s processors doesn’t seem to be paying off well. For one, using Qualcomm’s chipsets adds to the price, since Asus doesn’t have Intel’s subsidies anymore. Secondly, the company seems to have chosen the wrong chipsets to start with. On a Snapdragon 652, even at this price, the Asus Zenfone 3 would have been much more desirable.

The 16MP rear camera on the Zenfone 3 is a saving grace for the smartphone. In fact, the camera is a big improvement from the Zenfone 2 series last year. It’s somewhat iPhone-esque, in the sense that it focuses on providing natural colours, rather than overly vibrant images. Images do tend to show some noise, but it’ll not hamper your social networking needs.

Low light imaging is slightly limited, and the camera also becomes quite slow under such conditions, but you can still make it work. Overall, the Zenfone 3’s camera excels at reproducing colours, and the sharpness and contrast are acceptable, but not absolutely stunning. The final images are quite good, and definitely worthy of sharing on social media. The Zenfone 3’s camera isn’t the best you can buy in this price range, but it easily surpasses something like the Vivo V3 Max, and is similar to the camera on the HTC One X9, if not slightly better.

The Zenfone 3’s strongest element is its 3000 mAh battery. Where the Snapdragon 625 loses in performance, it makes up for in power efficiency. On a regular day’s usage, I got through the whole day, even with the brightness turned to 100%, but on auto mode. The average screen on time is well over four hours, which is good, and to say that this phone would get you past a full day would be an understatement.

On the Geekbench 3 battery test, the phone runs for over 11 hours, with an overall score of 7043, well in our top phones for battery hogs.

You could consider the Asus Zenfone 3 for its battery life, but at the Rs. 27,999 price point, it's just not a smartphone worth recommending. With phones like the OnePlus 3 and LeEco Le Max 2 out there, the Zenfone 3 is seriously behind the competition, and it's not the best buy. The cheaper, 5.2 inch variant provides better value, thanks to the camera, and possibly better better life, but even then, the Xiaomi Mi 5 is the one to buy if performance is what you need.