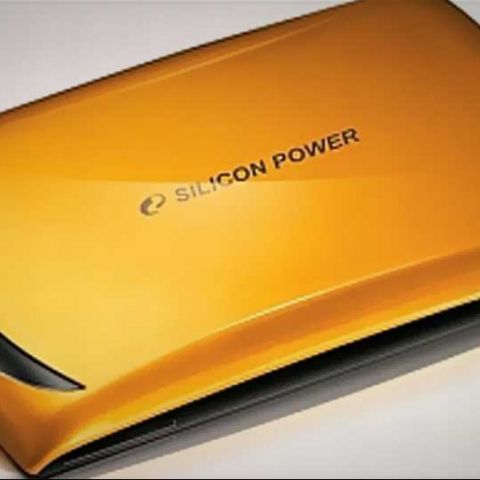 Acer Liquid Mini is a good phone for those who have a limited budget and want a feature-rich touchscreen phone. If you are looking for a great camera phone, this is not the one. At a street price of Rs. 10,900 this phone is economically priced, but it still has some shortcomings which we have highlighted in the review.

Android phones across brands have a high end model and a slightly slower and economical model in the same series. Acer has entered that list of brands by coming out with the Acer Liquid Mini E310 which is a younger cousin of the higher end Acer Liquid.

Out of the box, the Acer Liquid Mini looks very much like its elder cousin although with a smaller screen size of 3.2-inches. It has a resolution of 320 x 480 pixels and has a TFT capacitive LCD display. The phone comes in back covers of different colours, we got the piano black model.

The back cover has nice rounded edges, but the plastic build feels a bit flimsy. The cover can be detached by using the two grooves on the edges on either side of the phone, those without nails, will face a bit of an issue opening the phone. The left hand side of the phone is clean whereas the right hand edge has the volume control buttons on the top and the camera shutter button below. Chromed strips of plastic line the top and the bottom edges. On the bottom edge you have the microUSB port whereas on the top edge you have the power button and a 3.5-mm audio jack on the side. The screen has touch sensitive buttons such as home, search, back and options. The phone houses a 5 MP camera on the rear side which is not accompanied by any flash unit. There is a small circular grilled opening in the lower half of the rear side which is the speaker unit.

Gripping the phone is easy due to the rounded shape despite the the back cover being a glossy plastic. The phone is a finger print magnet though, both on the screen as well as the glossy black cover.

The Acer Liquid Mini houses a 600MHz Qualcomm MSM 7227-1 SoC and runs on Android FroYo (v2.2). Although the phone is upgradeable to version 2.3, the model we had was shipped with version 2.2. As with the other versions, the Liquid Mini also has the skinned Android OS. The Breeze UI 4.0 has been slightly modified in the Mini. When you go on the left hand side from the main home page, you will get a history of things done on the phone, applications or websites accessed. This is presented in a coverflow style which is continued on the right hand side which gives access to the media - music, photos and videos. The coverflow interface looks much better than the semi-circular interface that was seen on the Acer Liquid. We found the coverflow interface to be quite fluid, which is a plus.

The lock screen has some interesting features, in the sense that apart from just locking the touchscreen it also has a call and message indicator. You can also have your pattern lock underneath it.

[RELATED_ARTICLE]The Notification also incorporates some settings functionality. It is side scrollable as well, with the main page showing options such as battery indicator, Wifi, Bluetooth, etc. If you have music on or if the phone is connected to the PC, then you can scroll sideways to manipulate the settings on your music or use the phone as a USB drive when connected to the PC. Although it may seem like an unnecessary thing, we found it was quite useful as you get more control over specific functionalities right from the notification bar. Also side scrolling is better than having everything on the same screen.

The main homepage can be divided into two sections. the upper portion houses the clock and a single widget app whereas the lower half has a box with eight most used applications. These apps can be changed according to your usage scenario. The widgets app tries to make up for the absence of multiple home screens in the Liquid Mini.

The apps screen is arrange in the form of pages which can be scrolled sideways, with the box of most used apps always on the top.

Google’s bundled apps such as Gmail, YouTube, Navigation, Maps, etc are quite good as usual, but some of Acer’s custom apps such as Social Jogger seem pointless. Now there are a million apps out there which integrate your social feeds in a much more practical manner. The UI on the SocialJogger looks good, but functionality is lacking and thanks to the 600MHz processor, the rotary dial is not as smooth as we would like it to be. NemoPlayer, an Acer custom app, is quite a decent media player. urFooz is another avatar based portable ID that allows you to aggregate all your social feeds, organize your web favourites such as photos, videos, etc. Would anyone really want another ID to manage your other IDs? We dont think so.

The onscreen keypad is a nightmare to use in the portrait mode as you will end up with a lot of typos. Landscape orientation is the best way to use it. But we have seen much better QWERTY keypads on other touchscreen phones.

Acer Liquid Mini houses a 5 MP camera without flash. A dedicated camera shutter button is located on the right hand edge. You have an on-screen zoom slider. The camera is good for outdoor shooting but do not expect exquisite details. Indoor shots were very noisy. Still images lack colour clarity. Another downer is the fixed focus shooting, so forget macro shooting. Video shooting is strictly OK with a jerkiness quite apparent when you move your camera even a little fast. You cannot zoom in or out once the recording has started. On the whole, the camera experience is a letdown.

Sound quality was quite OK and its good only for casual listening to mid frequncies. We found the bass to be lacking, but then we did not expect much bass anyways. The bundled earphones are useless when there is noise in the surroundings. So you will not have a very good experience if you are using these earphones while travelling in the trains for instance. The onboard speaker is not very loud.

Click next to read on about the Liquid Mini's performance, our verdict, and more...

Call clarity was good in Zone 1 and Zone 2 and we did experience voice breaking in Zone 3. We did not experience any dropped calls. One thing we found annoying was that whenever you attend a call, the screen gets locked automatically. So every time you want to access it, you will have to double tap on the screen to get inside the menus, which is very annoying if you have to refer to data on your phone.

The display on the phone is not very impressive. Text appears quite crisp, but the colours lack the punch thanks to a low contrast. Forget reading the phone in bright sunlight without covering it with one hand to block some light.

Navigating the UI is easy and we did experience a minor lag while scrolling through the app screens as we started adding more apps to the phone. But the phone did not hang or stop responding. The skinned UI does not tend to hamper your Android experience. Using the in-built browser was great, although the web pages do not realign as you zoom them which could have been implemented.

It houses a 1300 mAh battery which is good for a day and a half of normal operation.

Acer Liquid Mini is a good phone for those who have a limited budget and want a feature-rich touchscreen phone. If you are looking for a great camera phone, this is not the one. At a street price of Rs. 10,900 this phone is economically priced, but it still has some shortcomings which we have highlighted in the review.

If you are fine with a slightly lower resolution, another economical option is the Samsung Galaxy Fit which comes around Rs. 9500 and has a slightly lower resolution, but higher colours than the Liquid Mini. Also the camera on the Fit is much better than Liquid Mini. Between the two, unless the Mini comes under the Rs. 10K price point, we would suggest you go for the Galaxy Fit.