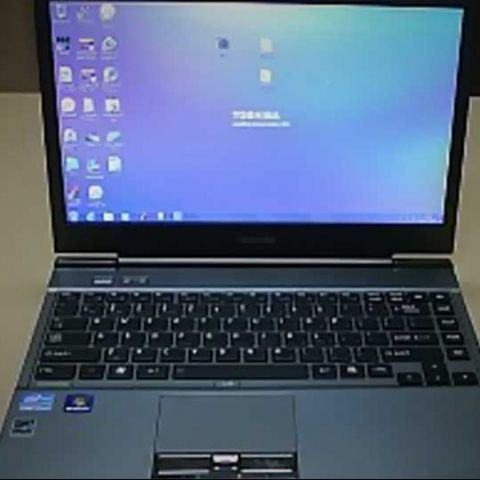 When Toshiba updated the Portege Z830 with the newer processor, they just changed to the newer processor. The form factor, the rest of the specs and most importantly, the very light build remained as it is. And that keeps the Z930 as the lightest ultrabook money can buy. Performance wise, it is at par with the rest of the ultrabooks. And the alternatives you could consider include the Samsung Series 9 Ultra and the Lenovo ThinkPad X1 Carbon.

For a perfect ultrabook to remain a perfect ultrabook even after an update is a huge thing. Many an ultrabook have fallen by the wayside, since they became thicker or heavier along the way – which is why it is important to compliment Toshiba for the work it has done with the Portege Z930.

Build & Design: New Wine, Tried & Tested Bottle
The family resemblance is very much present, since the Z930 is carrying forward almost all the design elements form the Z830. And that is a good thing, because at 1.12kg, it keeps the Z930 well up there as the lightest ultrabook available in the Indian market today. The 13.3-inch version of the Samsung Series 9 weighs 1.16kg. For an ultrabook to remain light and matter to fact and not get bloated with extra weight and thickness is pretty much a miracle these days! 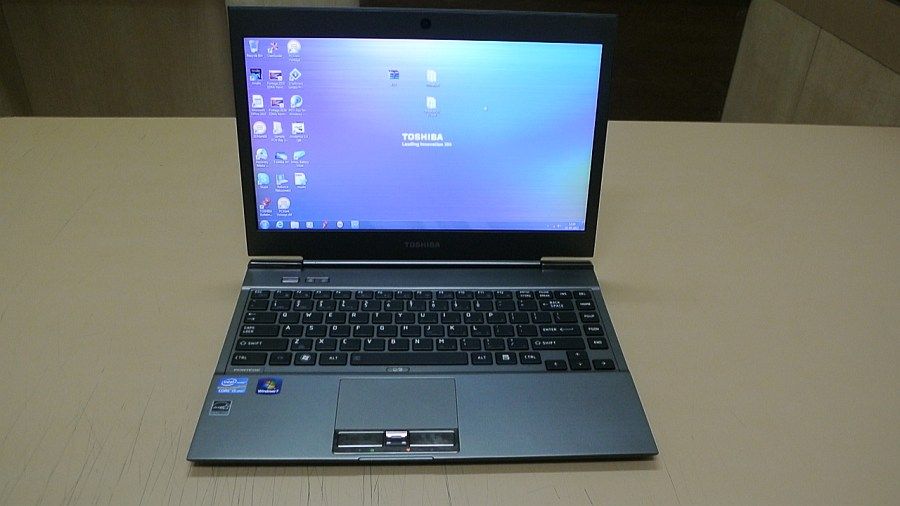 The magnesium alloy chassis is as premium as it gets. While the Z830 had a similar build, that particular machine didn’t feel up to it at all. With the Z930, certain niggles have been ironed out. First up, the Z930 feels classy and expensive. The finish is matte throughout, and the colour has a slightly brighter tone than on the Z830. Secondly, and the bigger issue was the not very taut display hinge on the predecessor, which has been solved now. We had mentioned during the test of the Portege Z830 that the lid tends to shake quite a bit if you are typing quickly with the ultrabook placed on your lap. With the Toshiba Portege Z930, that issue has been solved.

However, one issue still remains. The port placement – most of them are still behind the display – is still a design flaw that cannot be overlooked. Yes, the idea was to keep the Toshiba Portege Z930 as slim as possible, and we appreciate that. However, we aren’t huge fans of reaching for the USB port or the card reader either around or behind the display. But, you will probably forgive that for the slimness and the lightweight nature of the ultrabook. 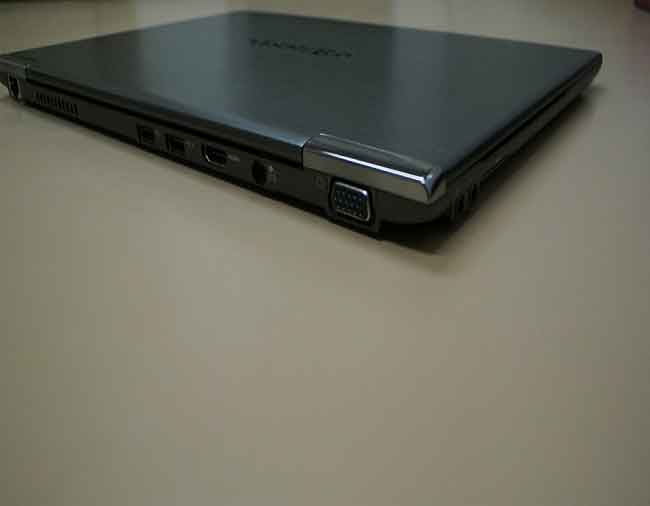 Features & Specifications: Just the Processor Boost
Toshiba hasn’t changed much with the Portege Z930. Except the processor, which got the boost from Sandy Bridge to Ivy Bridge. The one powering this machine is the Intel Core i5 - 3427U processor clocked at 1.8GHz, and is paired with 6GB of RAM. This is carried forward as is from the previous edition. One of the reasons for the blazing fast performance is the 128GB SSD. Good to see a pure Solid State Drive in the ultrabook, because the benefits of that far outweigh any negatives.

There are three USB ports, two of which are USB 3.0 ones. There is the typical combo of the memory card slot, the HDMI port and the Ethernet connector. 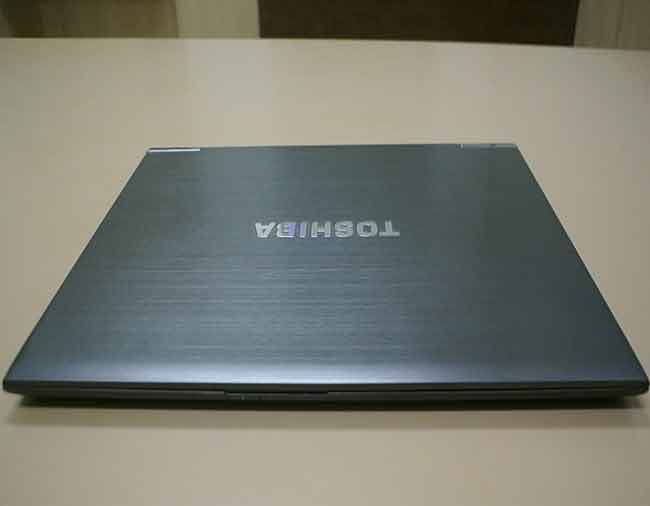 Performance: A Typical Ultrabook
Updated with the third-generation Intel Core processor, the Portege Z930 does massively improve on the consistent performance of the Z830, and expectedly so. The performance benchmark tests put it on almost the same level as the Fujitsu Lifebook U772. What we get is very good real world usage performance, but only after you either uninstall a lot of preloaded utilities or disable from starting up when the machine boots into Windows. However, in all cases – tests or real world usage, the Samsung Series 9 Ultra and even the Lenovo X1 Carbon feel smoother and a tad more responsive.

The Toshiba Portege Z930 is one of the rare machines with a non-reflective display. While it isn’t completely matte, what you do get is a 13.3.-inch screen that will not reflect back almost all the elements around you. While the display resolution is nothing to harp about, we really like the matte characteristics and the crispness of the written word, enhancing readability. Interesting to note that the Samsung Series 9 (13.3-inches) and the Lenovo X1 Carbon (14-inches) offer 1600 x 900 pixel resolutions. For the learned ones out there, this is something to consider before plonking down the cash. The Toshiba Portege Z930’s battery life is good enough to get you through around 6 hours of a typical day at work, on a single charge. This is pretty much in line with what the Samsung Series 9 and the Lenovo X1 Carbon offer under the same conditions.

The Z930’s keyboard is very comfortable to use, and that is not something that we can say for a lot of laptops. This is something that we pay a lot of attention to, simply because it is a critical bit for anyone who might be using this for typing out a lot of documents. Having said that, we must specify that a sharper response to every key press would have made the keyboard even better. At the moment, there is a slight inconsistency in terms of how well an individual key responds to a tap on the Toshiba Portege Z930. 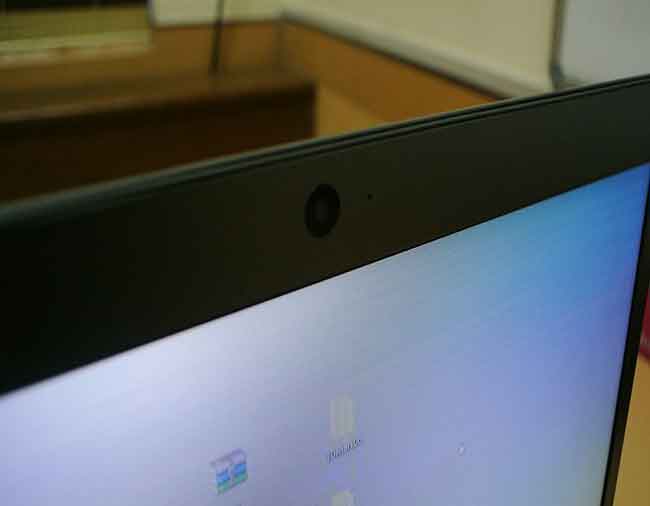 Bottom Line: For the Hardcore Fans!
Looking at the price of the Portege Z930, and it does make you wonder if it is worth this much. Honestly, it is pretty much like any ultrabook in this price tag, with no real add-on that makes this stand out in the crowd. If you want something more formal and business-like, spending a little extra on the Lenovo X1 Carbon makes sense. The Samsung Series 9 makes a lot of sense as well, because of the better display, and a design to fall in love with! 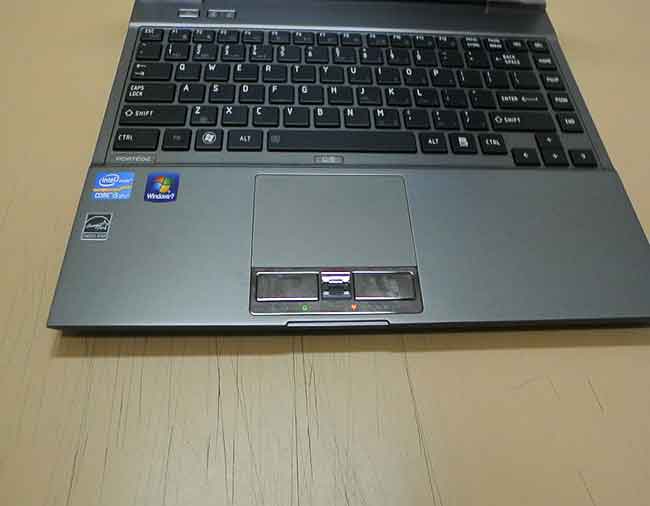 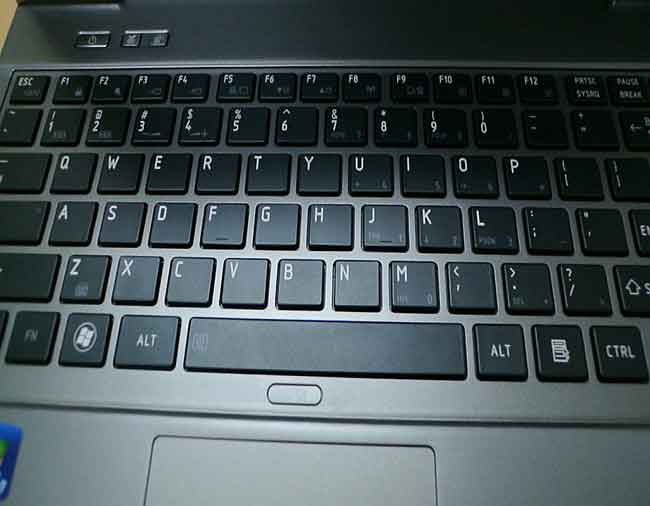