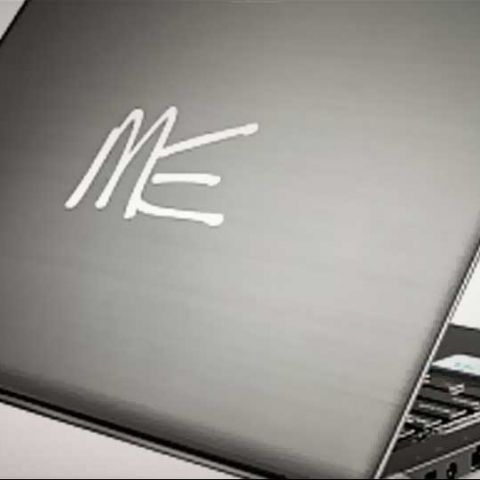 HCL has got the pricing of the ME Ultra 3074 a tad wrong. Particularly when you consider the Dell Inspiron 14z in the same price bracket, the ME Ultra 3074 does feel slightly lighter on the spec sheet. The Inspiron 14z's version costing around the same as the ME Ultra has a better processor ï¿½ Core i5 and the AMD Radeon HD7570M graphics. Where the HCL ultrabook has a real advantage is with the extremely good battery life.

HCL surely had the correct idea when it came to ultrabooks. The market is more than ripe for the inexpensive versions as well. However, from what we can see, HCL has gotten the implementation slightly wrong.

Build & Design
On the looks part, the HCL ME Ultra 3074 does look fairly premium and classy. The lid has a light aluminum finish, while the keyboard deck has a slightly darker brushed metal look. The underside is again of a lighter colour, and that spills over on to the right and left sides as well.

Open the lid, and you see a fairly clean keyboard deck. The layout and the size of the keys is fairly similar to the MacBook Pro, at least that’s how it looks on the outset! Touchpad is fairly decent in terms of real estate space, but the Dell Inspiron 14z’s touchpad is slightly bigger and wider. Not that it made any difference with Windows 7, but with Windows 8, the more space you have for the multi-touch gestures, the better. Port placement is shared between the right and the left side ports.

While the looks of the HCL Me Ultra have been well handled by HCL, the build quality and the overall solidity of the package is slightly less than the best. There is a fair amount of flex everywhere on the chassis. The lid isn’t the thickest one out there, and any extra pressure on it will make it dip. What is really worrying is the amount of play the keyboard deck has near the display hinge. Open the display, or change the tilt angle, and you get a fair amount of movement on deck. Clearly, not something that will last very long. Press down hard on the keyboard and there is a pretty profound dip in the middle. This is not to say that the Dell Inspiron 14z is the best ultrabook in the budget segment, but it is much better built than the HCL ME Ultra. Well, good looks will only take you so far. At least that is true for most ultrabooks!

Specifications & Performance
The moment you compare the spec sheets, the difference is fairly evident. The Core i5 in the Inspiron 14z is by far the better performer, expectedly, then the Core i3 on the HCL ME Ultra. The benchmark tests clearly peg the Inspiron 14z ahead. For illustrating this point, we have the Inspiron 14z’s PC Mark Vantage score of 7404 shows the advantage it has over the 5558 for the HCL. Even in real life performance, the Dell ultrabook is fairly quicker than the HCL ME Ultra. Both ultrabooks have the 500GB primary storage drive and a 32GB mSATA.

Again, where the Dell is considerably ahead of the HCL ME Ultra in terms of gaming and graphics capabilities. Another look at the spec sheet clarifies the reason why HCL is lagging behind again. Inspiron 14z comes with an AMD Radeon 7570M (1GB) chip, while the HCL ME just makes do with the Intel HD 4000 integrated graphics. We don’t even need to compare the benchmark test scores to illustrate that the Dell Inspiron 14z is the better deal.

However, there is no running away from the fact that the ME ultrabook offers some excellent battery backup. The battery lasted 207 minutes from full charge to complete discharge in our stressful battery test. This is among the better scores among all ultrabooks, and this should last around 5 hours in a typical office usage scenario. For that reason, and that reason alone, we are even bothering with this ultrabook.

The 14-inch display of the HCL ME Ultra has the fairly commonplace resolution of 1366 x 768 pixels, but we like the overall package of the display. It is not reflective for starters, and with matte displays rather rare, this is a huge surprise. Colour reproduction is not very vivid, but the text is handled very well, making text readability easier. It does lose out quite a bit in terms of black levels, but more than makes up for it in the overall scheme of things.

The HCL ME Ultra came preloaded with Windows 7 Basic, and the website still suggests that a Windows 8 update has not been done for this ultrabook. Dell, on its part, has upgraded the Inspiron 14z to Windows 8.

Bottom Line
The HCL ME Ultrabook is directly competing with the Dell Inspiron 14z in terms of the price. Between the two, the Dell has a better build quality, better specifications, and inevitably better system performance, apart from a a dedicated graphics chip for a bit of gaming. The HCL ME on its part offers very good battery life. But that surely cannot be only reason to buy an ultrabook. It is a disappointing effort from HCL, primarily because of the poor build quality.