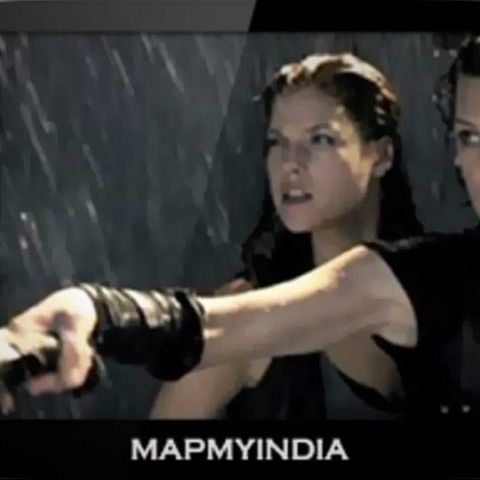 As far as in-car GPS navigation devices go, the MapmyIndia Zx250 is among the best available in India at the moment. The Aura maps with 3D landmarks and precise terrain element changes add a considerable amount of zing to the package. At Rs 15990, this will appeal to only those who really need such a device, but does the job in style.

The simplest way around an unknown town, till now, was to simply roll down the window and ask the nearest auto-rickshaw driver for directions. However, if you have a GPS navigator in your car, finding the destination can be a much more sophisticated activity. And you won’t always have an auto-rickshaw next to you!

Look & Feel
Among all the MapmyIndia devices we tested for the GPS comparison test, the Zx250 has the most premium feel to it. And no surprises here, since it is the most expensive one in the entire family. The dual colour tone on the front bezel – black and grey, matches well. The metallic grey carries through on to the back of the device as well. The business end of the ports is on the left hand side, in driving terms – on the far side from the driver – power cable, microSD slot, Mini USB port and the AV-in port. Good thing, since the driver shouldn’t be fiddling with stuff when on the road anyway! On the top and the bottom spine are grooves for the windshield mount to slot in.

Speaking of which, the mount is quite solid and seems well built. There are essentially two elbows – one at the joint with the base, and one where the device clamp meets this part of the arm. The first one with the ability to loosen to tighten, near the base, is for height setting, while the second one is for tilt angle and direction. The device clamp part can be removed from the joint as well, in case it needs replacement. When everything is completely tightened, the Zx250 sits snugly and doesn’t move around even on a very bumpy road. However, over a period of time, you will need to tighten the height management arm, since that dial tends to become slightly loose with all the jerks that the mount absorbs.

With multiple movable parts, you can be sure that the Zx250 can be placed perfectly where you want it. The only thing is, we miss the rubberized feel on the device that some of the other siblings have. But then again, we are just nitpicking!

Features & Performance
While most of the mid-range and high-end GPS (usually suffixed with “Premium”) devices from MapmyIndia have 3D Maps, this one takes a step further. Aura maps bring on board a much more detailed landscape, with elevation changes clearly marked. For example, flyovers will be clearly distinguished from the road that is going beside it, but at a lower height. Certain buildings and landmarks are clearly in 3D.

GPS lock: When connecting this device for the very first time, it takes about 7-10 minutes for the GPS signal lock to happen. Post that, it happens in around 1-2 minutes. However, we noticed that if you leave the device switched off for 3-4 days, it needs about 5-7 minutes again to connect to the satellites. The reception quality on the Zx250 is quite neat. Works well when clamped on to the windshield mount, but was surprisingly successful when we had placed it in the cup holder area, just ahead of the gear lever. Technically, most GPS devices need direct line of sight with the sky to work, but this one does well just outside that realm. For somebody like me who is very finicky about the drivers’ vision, the knowledge that it works well sitting in the cup-holders / storage space is a huge benefit. More than that, it is indicative of a powerful GPS receiver, because we weren’t able to do this with any other GPS device that we tested.

The navigation quality is very impressive, but that is clearly a case of two halves. It is pin-sharp precise on the main roads. We tested it on multiple routes.

Navigation on route 1: The first test route was from Vaishali, Ghaziabad to Khan Market in New Delhi and back. Getting out of our apartments, it correctly told us to go right and then take a left to drive down the Sector-4 main road. It also correctly told us to take the next U-Turn, since we had to head towards Dabur crossing / NH-58 – which we did. According to us, we were on the correct path, but it directed us to take a U-Turn again, and loop us around a couple of apartments and back on to the same road, at the next intersection! However, we continued on, and the route was quickly recalculated. From then on, it was very precise guidance right up to the point inside Khan Market where it took us to the doorstep of the establishment we wanted to visit. All along the route, we were guided well in advance about which lane to take – before intersections, as well as when there would be an off-ramp, for example.

Navigation on route 2: The second test route was from Vaishali, Ghaziabad to Lutyens’ banquet hall in Chattarpur in New Delhi and back. All though the drive, the guidance was precise, with enough advance notice regarding route changes, lane guidance and when reaching the destination. For this journey, we had set it to take us via the quickest route, and it did do exactly that – via the elevated Barapullah road instead of all through on the ring road. Mapping was precise to the extent that we reached this particular one, from among a dozen banquets one after the other, right there at the doorstep - with enough advance notifications that the destination was arriving. On the way back, we avoided the ring road again, and it quickly remapped and brought us back via the same route we had taken on the earlier journey.

Lane Guidance: Lane guidance is possibly the neatest feature on this device. Whenever there is an off ramp along the way, the Zx250 will do double notification on which lane you should be in. For example, throughout on the NH-24, we kept getting notifications like “Stay right and go along NH-24”, whenever an off / on ramp was coming. This is particularly relevant as you approach an intersection, where certain lanes will usually be taken up by traffic turning somewhere. We cannot appreciate this feature enough, and we are those who tend to get very annoyed with people driving stupidly on the road and suddenly changing lanes. Get some discipline, folks! Anyone using the Zx250 will certainly be kept in check!

Voice Navigation & Speaker: Multiple voice navigation language options available, but we were the most impressed with the English (Australian) one. While the other languages we tested didn’t bother with this little detail, the Australian one was quite pedantic about the type of turns, and would guide on the lines of “turn left” or “turn slightly left”. It says turn left for proper left turns, and turn slightly left for signal free turnings, side roads at intersections or fork turns. Quite relevant and helpful, when you actually get to use it on the road. Pronunciations are quite neatly done, and easily understandable at one shot.

Speaking of which, the built-in speaker could have been a tad louder, since it tends to get downed out if you have rolled the windows down or are listening to music at a slightly higher volume.

Display & User Interface: Beyond the 3D Maps is the rest of the interface waiting to be explored. Among all the devices that we used, this one was possibly the most comfortable in terms of working the menu, setting up a destination, marking favorites or just browsing POIs in the region. Crisp and clear fonts make it easier for people, but the display doesn’t have the brightness punch, particularly if you are using this in bright sunlight – which we assume you usually would! While the display isn’t really reflective, it does get bogged dpwn by certain reflections, at times. Touch response works well for the most part, but has the habit of waiting for a stiffer stab occasionally. Overall, thanks to the big display size, you can work around the resistive touchscreen without any errors.

Other Features: Among the likes of ebook reader, music player and video player, we were more impressed with what mattered more in navigation – speed limit warning. All mapped roads have their speed limits set as well, and will beep a couple of times when you cross the speed limit. It is a gentle guide, rather than an order! For the other features, we believe that you don’t really need a GPS navigator for reading eBooks or viewing your picture gallery. However, the Bluetooth capabilities mean that you can pair your phone to this and hook this up to the car’s audio system to get a handsfree calling experience.

Battery Life: Battery life depends on how often the navigation is rerouted / recalculated or signal re-locked after a loss. The best we got was the straightforward 64kms for a round trip, before the battery beeped – used throughout at full display brightness, maps set to 3D mode and full speaker volume. The box pack comes with a wall charger as well as a car charger, so that should pretty much cover all bases.

Our Take
At the moment, anyone buying a GPS device is buying it only if they really need it, or of they feel a need for it. Most people have not understood how critical this device could be at times. Once you do use this, the realization of its comfort level is just immense. And the fact the Zx250 does that in considerable style and with a lot of ease of use, this could just be the perfect first GPS navigator for anyone. Agreed, it is on the slightly pricey side, but you do get a deeper navigation experience that no other device offers. Very comfortable to use interface, which you really cannot get lost in. The Aura of competence, if we can put it that way!