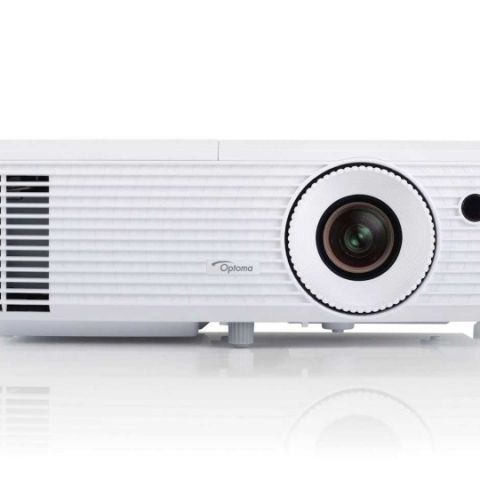 ​The Optoma HD27 is geared towards casual gamers who’d prefer the comforts of the living room over the traditional setup. It’s fairly lightweight and packs a decent feature set along with a simple remote that’s best described as bling-bling. The audio isn’t all that great but for the price, you’re getting a fairly decent package.

Optoma has been operating in the country for a while, especially in the education sector but the average consumer could barely get their hands on one. That changed earlier this year when they brought their full range of home entertainment models including the HD27. The HD27 is aimed at gamers in particular, and for that, they have a Game mode which improves response times and amps up the contrast level a little.

While it’s very easy to achieve immersion with movies, we found gaming to be not so consistent. Games with not a lot of rapid movement such as Gran Turismo Sport feel great but anything such as CS:GO or PUBG and you’re at a disadvantage. These games rely on the gamer having to spot the minutest movement at large distances, and that’s a problem. Don’t even bother playing games like Warframe and Overwatch if you tend to play competitively, you’re always better off with a high refresh-rate monitor for such cases. Then again, most projectors would face the same problem. 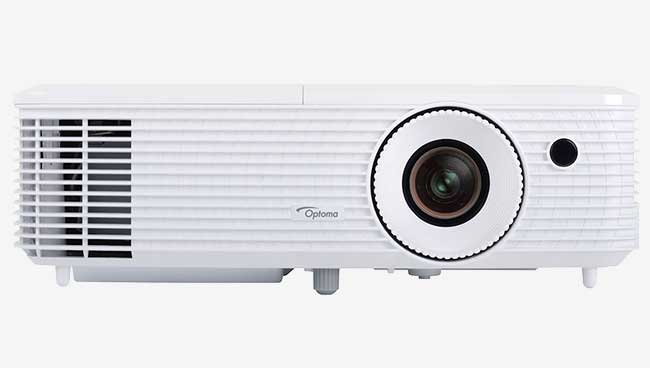 We can’t opine on the 3D aspect of the HD27 since we didn’t get the appropriate pair of glasses. The Optoma HD27 is capable of delivering some really striking colours, however, it does falter with black levels. With the Lagom charts, we noticed it struggle to produce proper black levels.

Coming to the brightness levels, at 3200 lumens, the Optoma HD27 is quite bright. Not enough to have a block party during the day but it can certainly do the job indoor even during daytime. With movies, the Optoma HD27 manages to handle motion decently. Movies and TV shows don’t pan cameras as hardly as you’d do in games. So the Soap Opera Effect isn’t prominent at all. However, noticing this is very subjective and varies from person to person. We tend to test high refresh rate monitors, so any weirdness like this stands out quickly us. That shouldn’t be the case for the majority of you.

The onboard speakers being 10 watts are best left turned off. The audio coupled with the racket of the cooling fan makes for a bad experience if you are sitting close to the projector. If you sit at a decent distance, then the fan noise isn’t that prominent but the audio from the HD27 is best described as average. However, when you consider the price, then it works out to be a good bargain.

The Optoma HD27 is surprisingly light for a projector. Most projectors tend to be on the heavier side mostly because of the lamps and the massive heat-sinks used to cool down the lamp but at 2.5kg, this isn’t all that heavy. The body is all white with a glossy finish to it. It would appear that the weight reduction was a trade-off since the fan RPM is quite high. Let’s just say that once you set up the HD27, you’re better off sitting far away since it can make quite the racket.

Like most projectors, the Optoma HD27 ships with a keypad with almost all the functionality you need right on the device. You always have the remote when sitting far back, however, it’s got an iridescent blue glow when you use it. We’d have preferred if the key backlight on the remote wasn’t that bright to begin with. It can leave those light spots should you look at the remote in a dimly lit environment. 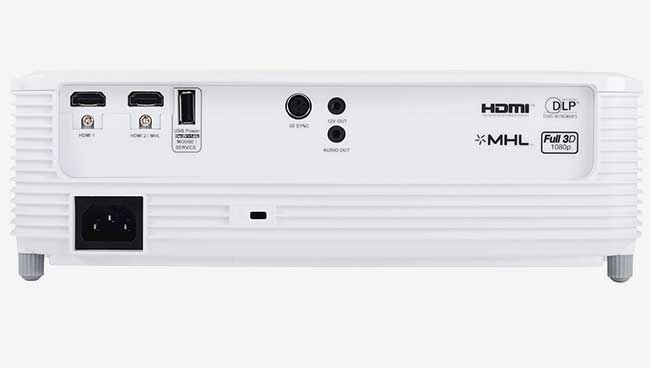 On the back, you have 2 HDMI 1.4a ports, 1 USB port, audio out, 12v trigger, main power and a sync port for the 3D sync accessory should you get the 3D glasses. The projector doesn’t pack the 3D glasses or the 3D emitter, at least the unit we received didn’t have them and they’re listed as optional on the website.

We are told that Optoma doesn’t sell on Amazon. However, you can find the Optoma HD27 on Amazon for Rs.71,999 while channel retail can go as high as Rs.99,750. Amazon does not list warranty details for the Optoma HD27 though these things generally ship with a 3-year coverage.