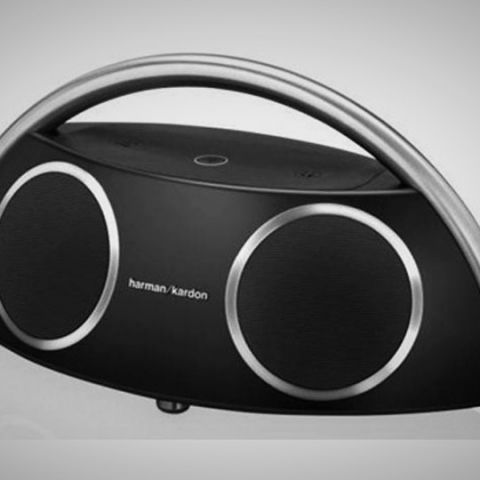 Harman/Kardon clearly believes in the good old adage of not changing things around when they are working perfectly fine. The Go + Play Wireless speaker is a prime example, carrying on with pretty much the same build and design as the Go + Play II dock from a few years back. The current version packs in considerable amount of power for its size, and the Bluetooth connectivity means a wider range of devices are now compatible. However, it lacks portability, in a true sense of the term.

The idea of the “dock” is still attributed to iPods and iPhones; as additional accessories that can be connected to the device to offer a much better music playback experience. But, with the shift towards wireless technology, a greater range of devices have become compatible with the same investment you just made. And that certainly makes for a better value. Harman/Kardon’s Go Play Wireless is the offering that succeeds the likes of the Go Play II.

Build & Design
We really cannot explain what exactly this design is like. It looks like a mix of a stream iron, an alien’s helmet, a ghetto blaster from the 80’s and a woman’s handbag. It is definitely not unattractive, because it attracts attention like anything. Harman/Kardon has clearly not compromised on the quality of materials used, and the combination of matte black plastic and metal with brushed silver metallic elements looks fairly appealing. The top has the on/off/source-select button and volume controls on the non-slip rubber surface, which could be useful to place the gadget that may also be charging during music playback. The standout element - the aluminum handlebar, runs from edge to edge which ends up creating two of the four rubber-capped metal feet. All four need to be on solid ground, otherwise the Go Play Wireless tends to rock a bit.

The rear panel has the power input, the USB port and the 3.5mm headphone jack, all getting their individual rubber lids. We aren’t really sure if this feature is meant to make the Go Play water resistant, but it might help prevent damage in case of an accidental splash.

On the front, behind each grille, sits a woofer and tweeter array. The same grille design has been replicated at the back as well, but that is just for show and uniqueness in uniformity.

Clearly, the focus has been two pronged - make a unique looking product, and keep the feature set rather uncomplicated. And on both fronts, we believe Harman/Kardon has done very well. But weighing at just over 4kg, the Go Play Wireless cannot really be carried around regularly.

Setting up the Go Play Wireless is a simple task. Long press the power/source key on the speaker, till it goes into pairing mode. Pair it with any smartphone or tablet or laptop, and the ring around this button will turn blue after the connection is made. We paired an iPhone, a BlackBerry 10 smartphone, an Android smartphone, a MacBook and a Windows laptop to the Go Play Wireless, and the connectivity in all cases was smooth and without any issues.

You can also hook up a device to the Go Play Wireless via the 3.5mm headphone jack route. We appreciate this flexibility, because there may be the odd time when you may have music on a device that may not have Bluetooth (older iPods, for example). One thing that disappoints though is the fact that the USB port on the back will only supply charging to a device, not play back music. While this is quite useful, if you are providing the tunes to a small party from a phone or a tablet. But we would have appreciated the ability to be able to use that route to play music as well.

At this price, what you will miss is the AirPlay capability. Well, yes, there is the additional licensing cost for Harman/Kardon to deal with, but this could have been done with the motive of being future-proof.

Harman/Kardon Play app
On the iPhone, it specifically prompted us to download the Harman/Kardon Play free application. Not to be confused with the Harman/Kardon app which is also available on the App store which is primarily built for the AVR range. This app basically acts as a layer for the iPhone’s native music player interface, by listing the music and playlists, but visually quite different. And doubles up as a remote as well. In essence, it is not necessary to download this app, because it does not seem to offer any extra tweaks that you may otherwise miss. We would recommend you to go with the default music app on iOS. 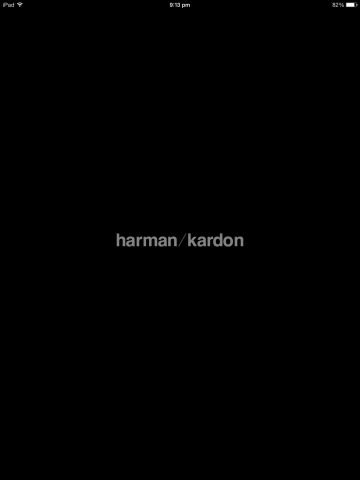 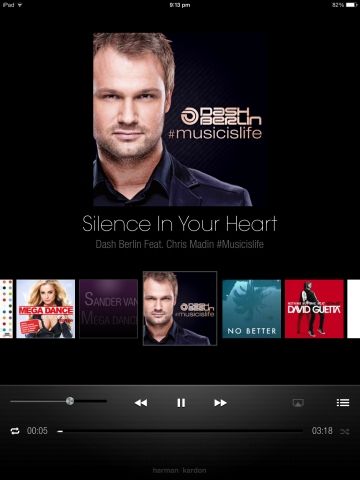 In Arash’s Broken Angel, the bass sounds adequately powerful, without being overbearing. The rest of the spectrum of sounds are not hidden away either, with the best example at the 1:55 minute mark, when you can distinctly hear the bass taking the backseat to the rest of the mix, without either fading away or trampling on the other. Metallica’s Nothing Else Matters is a prime example of how crisp the vocals are, and so is Broken by Seether.

What continues to impress is the power this speaker packs in. This thing can go loud. Really loud. And might possibly be enough to drive a house party. However, for most use cases when not in the mood to disturb the neighbors, volume levels around 40% are more than adequate enough for a medium sized room.

The one niggle that I noticed with the Go Play Wireless is that the mid-range isn’t very detailed, which somewhat affects the pure sound experience. The speaker is great for uptempo music - trance, remixes and rock music, but you cannot really expect this to shine with the classics.

Battery
What perplexes me the most is the fact that Harman/Kardon has omitted a rechargeable battery from the mix, and instead still relies on the D-Cell batteries. The compartment can be accessed from the base, but this will be a fairly expensive method because the batteries will need frequent replacement, unless you go for rechargeable ones. In that case, you will probably spend more time to charging the batteries than actually using them. We certainly hope that this gross omission is rectified in the next update. Other than the weight, this is the second reason that takes away from the portability aspect of the Go Play Wireless.

To buy or not to buy?
Harman/Kardon clearly believes in the good old adage of not changing things around when they are working perfectly fine. The Go Play Wireless speaker is a prime example; carrying on with pretty much the same build and design as the Go Play II dock from a few years back. The current version packs in considerable amount of power for its size, and the Bluetooth connectivity means that a wider range of devices are now compatible. However, what it lacks is portability. Buy this, if you want one speaker that is equally comfortable in a small room as well as driving a party at home with some nice bass and vocals.