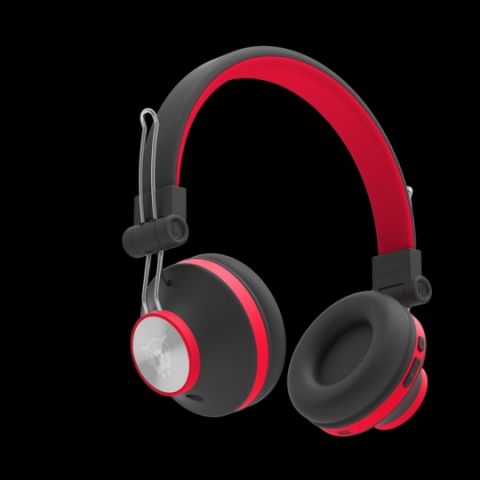 Right out of the box, you wouldn’t be too mistaken to think that the H82 is a good product. Start using it and that illusion is broken soon enough as the headphone’s shrill and harsh sound coupled with poor design makes it unusable for anything more than a couple of songs at high volume. And at lower volumes, it simply isn’t worth the money. Although this does come at a pretty affordable price point, if you’re strictly looking for a good Bluetooth experience you’d better steer clear of this one.

Bluetooth over-the-ear headphones are available across a wide price range. You could get budget ones under 5k, and go as high as you can spend with expensive models. But, when it comes to performance and quality within a particular price range, you could have absolutely brilliant products as well as particularly terrible ones. We tried out the Ant Audio Treble H82 and unfortunately, it falls towards the latter category.

To start off, as we’ve seen with a few other Ant Audio products, the Treble H82 looks and feels good in hand. The headset is quite light, and fits pretty well over the head. But as you put it over your head, you’re bound to realise that the ear cups are a tad too small for most adult-sized ears. The clamping force is not high enough to be painful, but what that leads to is a high amount of leakage. At full volume, there's so much leakage you might as well let your neighbour listen to it directly. 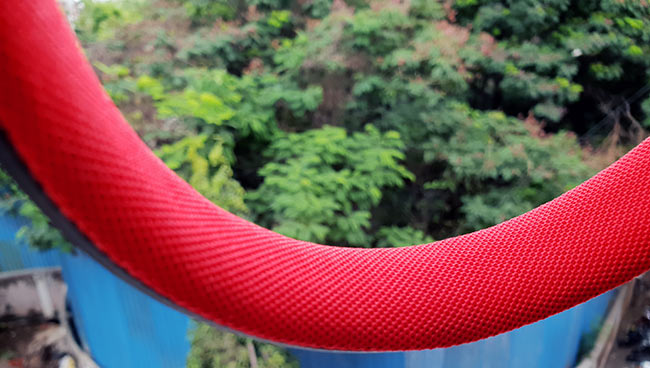 The headband features a fabric sheath

The headset features a combination of not-so-good material choices. The inner lining of the headband has a fabric covering the foam underneath, while the ear cups are plastic with a rubberised finish, and metallic finish on the highlights. The padding on the ear cups is ordinary foam covered in rexine. The headband adjustment joints are made of a couple of metallic extenders which look very out of place in the muted, rubberised look of the rest of the unit. The three buttons you get on the right earcup are made of rubber and are easy to use and reach. On the same earcup, you also get an LED indicator that essentially informs you of the Bluetooth connection, charging status and low battery. Beside it, you’ll find the micro-USB charging unit and the mic. The left earcup has the 3.5mm port. 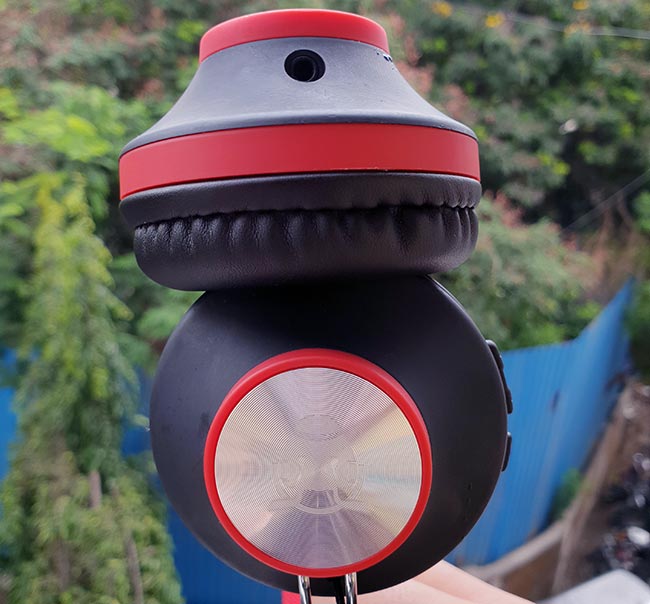 The AUX port is a welcome feature

Inside the box, you get an aux cable with a fabric sheath and an inconveniently short USB charging cord. The unit does not come with a travel case, and due to its non-swivelling ear cups, is pretty inconvenient to carry in your daily commute, especially if you encounter crowded situations.

Being wireless itself is often counted as a feature, but those times are long gone. Beyond ditching the wires, the H82 does have a few things to offer. For instance, wired connectivity lets you use the unit even when it doesn’t have any battery power left, provided your smartphone has a 3.5mm port. Just like other Ant Audio Bluetooth audio devices, the H82 has a voice announcement whenever you connect to a device, which still only says ‘Connected to Ant Audio’ - quite useless if you ask me. It does feature a host of options to handle calls, namely redialling the last-dialled number, disconnecting a call without accepting it and more. But overall, the H82 is lacking in the features department, like no collapsible design, no battery indicator, no travelling case, and complete lack of splash and dust resistance. 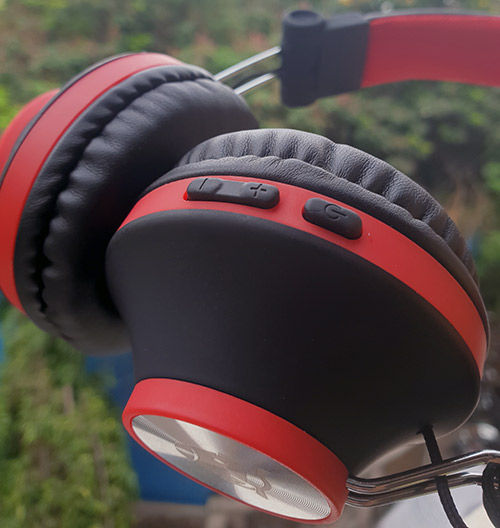 The buttons feel good and are located intuitively, but fail to respond occasionally

The H82 Treble is strangely obsessed about its bass. Of course, at this price point, you do not have expectations of true, high fidelity audio. But what you do expect from the H82 and what you get are far from the same. Its entire focus seems to be on making the lows and highs louder, to the point where the listening experience ends up becoming shrill on most occasions. The sound signature lacks depth of any kind, and barely manages to create any soundstage at all. Bjork by Hunter sounds flat, with the distinction between Bjork’s powerful vocals and the numerous instruments overlaid on the complex track lost somewhere in the H82’s chaotic performance. Motherjane by Mindstreet sounds muddy, cheap and loses the dynamic range of audio production that we associate with it. The bass itself ends up becoming intolerable, to the point where tracks with powerful beats like Uptown Funk by Bruno Mars and Magenta RIddim by DJ Snake cause the earcups to vibrate at full volume. It is also very muddled, and lacks distinct detailing. On the other hand, less-powerful low notes like the ‘doh-doh’ loop in Uptown Funk are barely legible over the harsh highs and bass beats. It is only when the rest of the music stops about three minutes into this song, that you can finally make it out again. Push it down to 50% and the sound loses all dimensions. 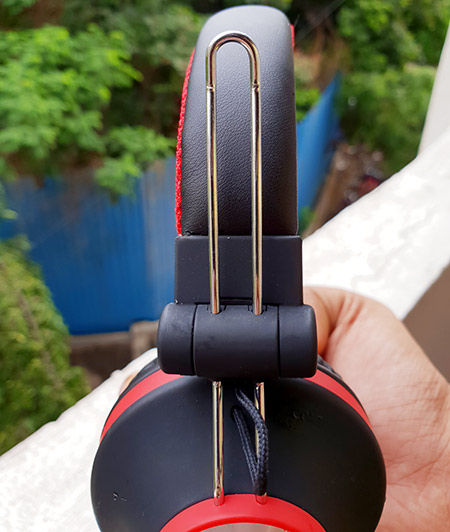 The adjusters look out of place

The ‘Treble’ monicker of the H82 makes itself felt on tracks like Selkies: The Endless Obsession by Between the Buried and Me. You can almost not make out anything else apart from the crunch of the guitar until about 90 seconds into the song - the double-bass drum, the softer leads could might as well not be there. Next, we played Hotel California, and the first fifty seconds of the track could as well be the theme song for the H82, as the bass guitar and the more prominent lead take up the entire space. You feel bad for Don Henley’s vocals after that point as they fight to make themselves heard. Overall, the audio performance of the H82 is cheap, and at any volume above 75%, painful. 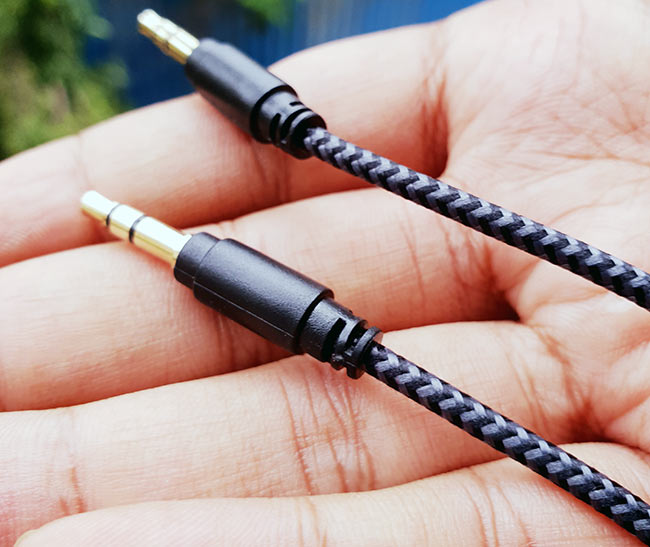 The call quality on the H82 is fairly alright, although the voice from the other side does seem a bit muffled, most probably due to the bass-bias of this headset. And you might find yourself having to speak loudly, which indicates that the microphone is not upto the mark, either. The connectivity range on the H82 is pretty good - we managed to go more than 80 feet away before encountering the first instance of interference, although the signal falters with a single obstruction at a mere 10 feet distance as well.

The Ant Audio H82 starts off nicely with an interesting mix of materials in its build, especially for the price point. But look beneath the smooth facade and you will find a poor performer that is obsessed about pushing its extreme highs and lows, that too in a chunky, chaotic way. Features like aux connectivity and a pretty good connectivity range do attempt to salvage its performance but sadly, other elements like high leakage and occasional delays in button response let it down in that department too. Looking for a good bluetooth audio experience? Look elsewhere.