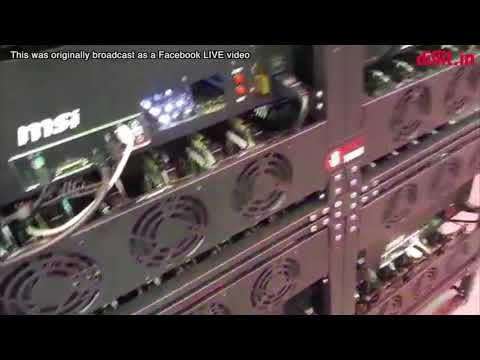 iVOOMi has launched its latest V5 smartphone priced at Rs 3,499. The smartphone comes with a 'shatterproof' display and supports 4G VoLTE. Customers purchasing the smartphone will also get to avail an instant Rs 2,200 cashback by Jio. The device can be purchased via Snapdeal in Champagne Gold and Jade Black colour variants.

iVOOMi ‘V5’ – an entry-level smartphone with Shatterproof Display and 4G VoLTE – is designed for high performance and efficiency. The company has partnered with Reliance Jio to provide an instant cashback of Rs. 2200 on the V5. The feature-rich smartphone which is priced at just Rs. 3,499 is available for purchase on Snapdeal.

After the success of its flagship devices Me3 & Me3S with Shatterproof displays, one of the highest selling products by iVOOMi which received tremendous admiration and response from its customers, iVOOMi brings V5 with the much-coveted shatterproof-display to the entry-level segment in India.

The smartphone is packed with 1GB RAM + 8GB ROM. The storage can be expanded up to 128GB via a micro SD card on the device. The V5 is equipped with a 2800mAh battery and runs on Android 7.0 Nougat. The dual SIM smartphone features a 5-inch display; well-targeted to those who enjoy movies and games on a bigger screen and simultaneously look for a handy device. As for its optics, iVOOMi V5 sports a 5MP Rear Camera with LED flash and a 5MP Selfie Camera. At the heart, the device runs on Quad Core 1.2GHz Processor and is available in two colour variants namely Jade Black and Champagne Gold.

Mr. Ashwin Bhandari, CEO, iVOOMi India, says, “iVOOMi stands for its distinguished products that are built with innovation. With our shatterproof display series, we are addressing one of the most common pain-point of users by providing protection from scratches and abrasion. This entry-level smartphone is in line with our objective to broaden the horizon of advanced technology and features in the affordable segment of smartphones in India.”

Under the Jio Football Offer, the customers are entitled to receive a cashback worth Rs. 2,200 by recharging their Jio connections with a Rs. 198 or Rs. 299 prepaid pack on or before June 30. After the first successful recharge, the customers will receive 44 vouchers of Rs. 50 each that will be credited to the MyJio app and can be redeemed one at a time against subsequent recharges.

iVOOMi has been completely devoted to bringing better user experience to smartphone users with its decade-old OEM and ODM expertise. The company has got ambitious growth plans and aims to further strengthen its value proposition in the Indian market by making technology accessible to all.