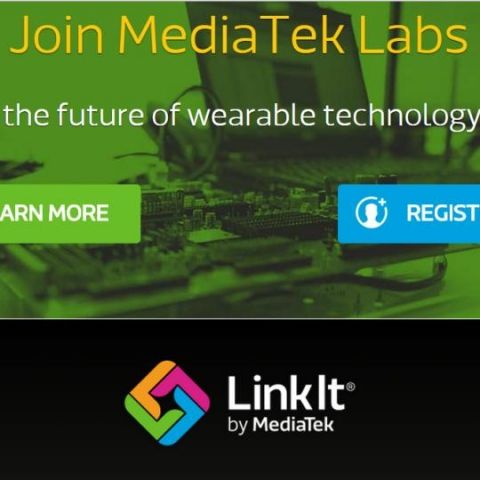 MediaTek has announced the launch of its very own developer program, called MediaTek Labs. The program will offer tools and support to developers and manufacturers to facilitate the creation of wearable and internet-connected devices.

The MediaTek Labs program is based on the Linkit Developer Platform, which puts the Aster MT2502 system-on-chip together with an operating system (LinkIt OS), a LinkIt One developer board, and the SDK. MediaTek says, that the SDK is designed to help users port existing Arduino code to LinkIt OS and APIs providing access to the hardware's GSM, Bluetooth, GPRS and WiFi.

The registration for MediaTek Labs is free for users, while the company is offering LinkIt for $79, which includes its own Aster chip, a processor the size for wearables, and companion Wi-Fi and GPS chipsets along with the necessary software and hardware.

"With the launch of MediaTek Labs we’re opening up a new world of possibilities for everyone — from hobbyists and students through to professional developers and designers — to unleash their creativity and innovation," stated Marc Naddell, VP of Mediatek Labs.

"We believe that the innovation enabled by MediaTek Labs will drive the next wave of consumer gadgets, and apps that will connect billions of things and people around the world," he added.

There has been a growing interest in wearable and Internet of things over the past few years. Tech giants like Google, Samsung and Apple have already launched a few devices and more manufacturers and developers are looking to tap into the market. According to a recent report the wearable market is expected to reach $18 billion in the next 5 years.

Read: MediaTek hopes over 2mln Android One phones to sell in India