An image of next generation Moto 360 smartwatch in various states of assembly was posted and later removed by Lenovo's CEO. 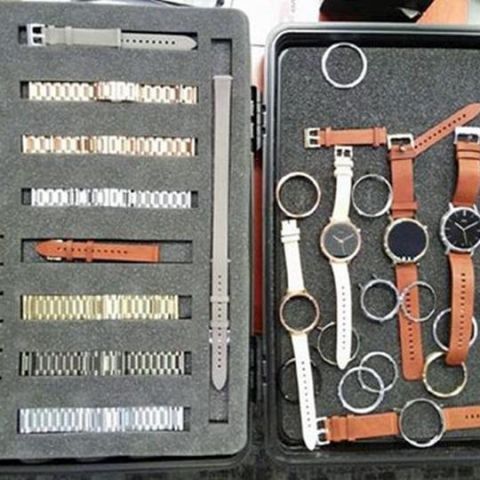 According to Chinese site MyDrivers.com, Lenovo's CEO Yang Yuanqing posted and then deleted an image of various components of smartwatches from his account on popular social media site Weibo. These ‘accidentally’ leaked images also carried a quote that read, “Moto 360, matching the arrival of the era of freedom, in the future we want to increase the store features a watch shop.”

The picture showed several watch straps and chassis along with watches that are completely assembled. The smartwatch looks similar to the Moto 360 with a flat round dias, but has a few design elements that are different from the first generation Moto 360. The watch has a full circular display, unlike its predecessor Moto 360 which had a narrow strip in the bottom. The smartwatch has a traditional look and seems as if it may come with interchangeable straps.

The first Motorola Moto 360 was rolled out last year and had a stainless steel body with a round display. It had an ambient light sensor and display driver in the crescent-shaped cutout at the bottom of the display. The Moto 360 smartwatch was launched at Rs 17,999 in India.

The wearable's segment is heating up with the imminent market release of the Apple Watch next month. LG and Huawei have also revealed premium smartwatches at the MWC earlier this month. Last week Google unveiled a new luxury smartwatch in partnership with Tag Heuer with Intel processors.