Apple Watch to be released in April, says Tim Cook 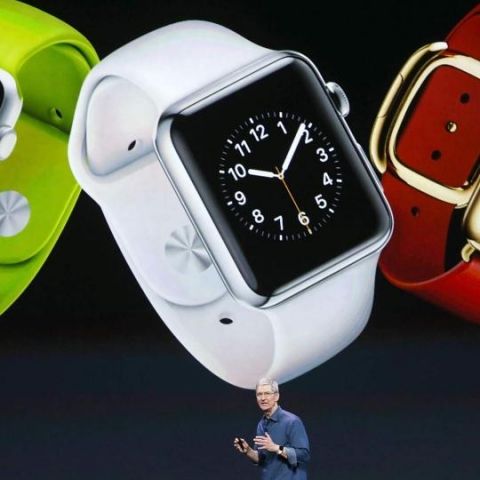 Apple CEO Tim Cook has announced that the company's much awaited Apple Watch will start shipping in April. Tim Cook revealed the information during Apple's quarterly earnings call with investors.

Apple described the smartwatch as its "most personal device ever." "We’re making great progress in the development of it," Cook said. He also revealed that Apple is encouraged by the response from developers and app makers so far, saying, "We’re seeing some incredible innovation."

Apple had earlier stated that the Apple Watch will ship in early 2015. According to reports the company is already conducting training workshops for its employees to familiarize them with the wearable before the launch.

Apple enjoyed record sales backed by massive iPhone sales and huge growth in China. The company stated that it sold over 74.5 million iPhones, up 46% year-over-year. However, the company's latest offerings the Apple’s larger iPhone 6 and iPhone 6 Plus smartphones are eating into Apple's iPad sales. The company shipped 21.5 million iPads in the quarter, which was down 17%.