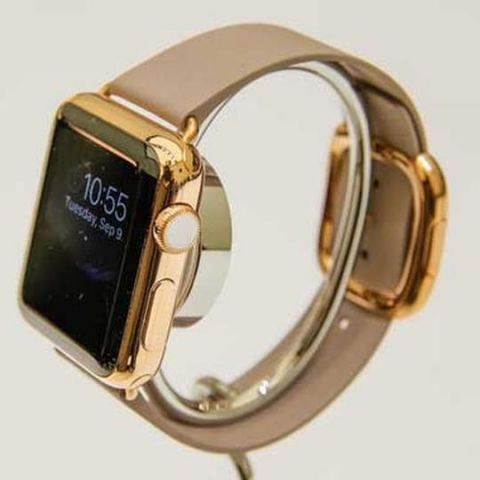 Apple is planning to install safes in Apple Stores to keep the expensive 'Gold-plated' Watch Edition, according to reports. The Cupertino firm is also planning to introduce a special sales process as well as a new uniform for its employees at the Apple retail stores.

According to a report by 9to5 Mac, Apple has already started installing safes in select Apple stores. The custom designed safes will come pre-installed with Apple Watch MagSafe chargers so that the demo units as well as to be sold inventory, can be charged overnight and will be ready to go on display the next day.

Apple Watch edition is being promoted like a jewellery device rather than a tech-focused smartwatch. Reportedly, Apple watch will have a special sales process and the company is also planning to re-design its retail stores to make space for the Apple watch. The tech giant is also working on specail ways to demonstrate the Apple Watch to customers. According to reports, prospective buyers will be able to try on Apple Watches inside of the store and play around with different band material and color options.

Apple had unveiled the smartwatch in September along with the iPhone 6 and iPhone 6 Plus. The much awaited wearable will be launched in three editions, the Apple watch, Apple watch sport and the most expensive gold plated Apple watch edition which will be priced in thousands of dollars. The wearable is expected to be released in early-April this year.