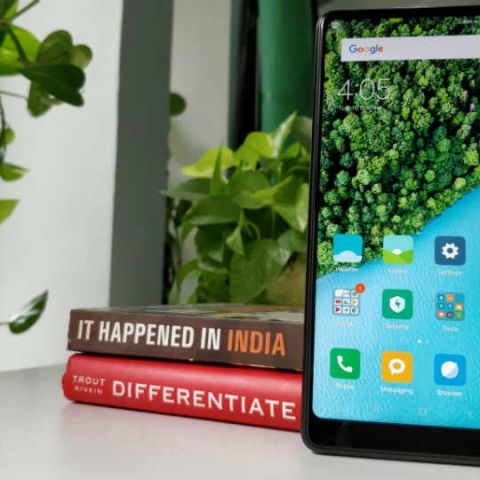 The smartphone can be purchased at a lowered price from Flipkart, Mi.com and Mi Homes.

Xiaomi has announced another price cut on its last year flagship smartphone, the Mi Mix 2. It will now be available for purchase at Rs 29,999, after receiving an official discount of Rs 3,000. This is the second official permanent price drop for the Mi Mix 2 as it was launched priced at Rs 35,999 in October last year and soon after received a price cut of Rs 3,000 in January. As announced by the smartphone manufacturer on its forums, the Mi Mix 2 is available for purchase at the discounted price via Flipkart, mi.com and Mi Homes.

To recall, the Mi Mix 2 is the company’s almost bezel-less smartphone, which is powered by the Qualcomm Snapdragon 835 platform, coupled with 6GB RAM and 128GB of internal storage. It features a 5.99-inch full-HD+ LCD display with a resolution of 1080 x 2160 pixels. The smartphone runs on MIUI 9, which is based on Android 7.0 Nougat and it is powered by a 3400mAh battery. In terms of optics, the Mi Mix 2 is equipped with a dual rear camera setup where one is a 12MP wide-angle lens and other is a 12MP telephoto lens. It is equipped with a 1.4-micron pixel Sony IMX363 sensor and features dual-pixel autofocus (dual PADF). On the front is a 5MP sensor, which supports face recognition as well.

Even though Xiaomi is aiming for a full-screen display without any bezels, the company is yet to break through the 95 percent screen-to-body (StB) ratio barrier. However, it seems that Lenovo could have moved past the issues hindering the development of a fully bezel-less smartphone. The company is expected to unveil its flagship Lenovo Z5 smartphone on June 14, which is being teased to come with more than 95 percent StB ratio. As per some images posted by the company’s executives, the handset might not come with a notch or even the bottom chin. How the company has managed to relocate the front-facing camera, sensors and an earpiece are yet to be known. You can read more about it here.