The company has reportedly sent out media invites for the smartphones’ launch. As per the launch invite, the new smartphone will come with an under-display fingerprint sensor, similar to the one seen on the Vivo X20 Plus UD. 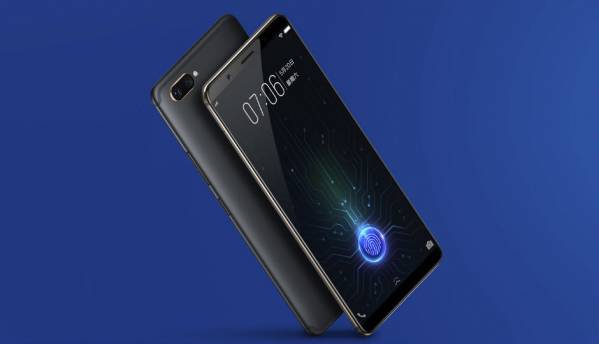 Vivo recently unveiled its new Apex concept smartphone at MWC 2018, which featured a truly bezel-less design and came with a pop-up selfie camera. Soon after, the company changed its mind to officially announce the device in China, it has sent out media invites, where it will launch a new X21 smartphone on March 19. It is clear from the invite that the new Vivo X21 smartphone will come with an in display fingerprint sensor, like the X20 Plus UD. No details of the specifications of the new smartphone have been revealed yet and surprisingly, there are also no leaks of the device.

Going by the naming convention, the Vivo X21 is speculated to be the successor to the recently launched Vivo X20 Plus UD. Highlight of the X20 Plus UD is the under display fingerprint sensor that it comes with. The sensor is made by synaptics and is barely visible when the screen is turned off and is unnoticeable when the display turns on. The smartphone is already available in China.

In terms of specifications, the X20 Plus UD is a dual-SIM device with a 6.43-inch AMOLED display with full HD+ resolution of 1080 x 2160 pixels. The device is equipped with the Qualcomm Snapdragon 660 SoC and 4GB of RAM with 128GB built-in expandable storage. On the rear, the Vivo X20 Plus UD features a 12MP + 5MP dual camera setup with an f/1.8 aperture and on the front, it comes with a 12MP camera with an f/2.0 aperture. It runs on Android 7.1 Nougat and packs a 3900mAh battery.

The recently announced Vivo Apex smartphone features a 5.99-inch OLED display with COF technology and boasts of 98 percent of screen-to-body ratio. It does so by relocating the 8MP front facing camera on the top and tucking the earpice and the ambient and proximity sensors under the display. Taking the in display fingerprint sensor a step further, the smartphone features a "half-screen" fingerprint scanner, which is placed under nearly half of the device’s display.