Samsung's shares plummeted on Friday and Monday on the KRX index, accounting for this rather sizeable loss in the company's market value. 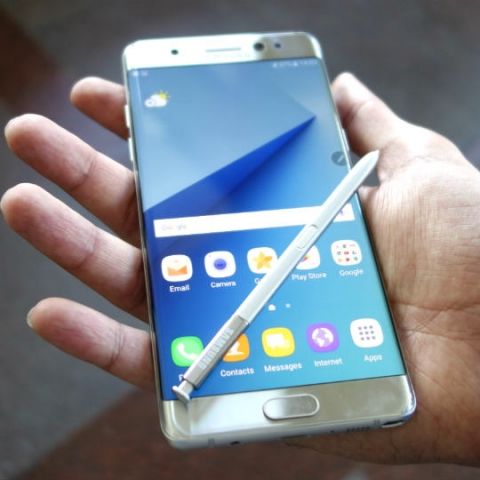 Samsung’s recall of Galaxy Note 7 units have been a widely reported, global issue. The company stood at the brink of facing nearly $1 billion in monetary losses, as against the millions it had expected to reap in profits. Despite this, Samsung stated that it would replace every single unit of the Galaxy Note 7 to ensure customer safety, and this in turn buoyed its stocks to rise during the initial days of the global recall.

Over the last few days, however, Samsung’s investors seem to have realised the gravity of the situation, and the multiple things that have gone wrong. As a result, Samsung’s share price on the KRX index plummeted by 3.9 percent on Friday. As if to amplify the situation, Samsung’s stock prices plummeted by another 7.6 percent yesterday - the biggest fall that the company has incurred since 2012. The nett loss incurred by Samsung yesterday was of KRW 110,000 per share, which amounts to $98.24 (Rs. 6,572.30) for each share of the company, which in turn accounts for nett loss of market value of nearly $19 billion.

Samsung’s shares seem to be recovering slightly today, but there are larger problems that need to be addressed here. The intensity of the Galaxy Note 7’s faulty battery has already seen the company lose any scope of advantage that Samsung may have hoped to gain on its prime rival, Apple. The battery debacle has also led to concern among users, and on overall terms, may affect overall sales of its device portfolio. Problems have also been persistent, and there have been reports of the device catching fire around the world. Amidst all this, airport authorities have been banning the use of Samsung’s Galaxy Note 7 smartphone on board aircrafts, with one reported instance of all Samsung smartphones aboard an aircraft being asked to be switched off.

With all these instances, Samsung seems to be going through a rather rough patch, incurring losses in market value and monetary revenues, and even taking a possible hit on the brand’s image to its audience. Samsung is still looking to expedite the process of shipping back the devices, but even with its best efforts, this episode may always be remembered as the one phone that went wrong for Samsung.