The Galaxy S21 FE has been spotted on benchmarking sites. It is tipped to get a 4500mAh battery.

South Korean tech giant, Samsung, appears to be working on a special Fan Edition of the Galaxy S21. According to a report, the phone is scheduled to debut at the Consumer Electronics Show (CES) to be held in early January 2022. Additionally, the report also claims the phone will not be released in South Korea and will be launched directly in European markets by early next year.

Apart from Europe, the Galaxy S21 FE is also likely to be available in some Asian markets, as the device has been spotted at the NBTC certification site of Thailand. But these are not the only hints at the existence of the Galaxy S21 FE.

The upcoming phone has also been spotted on a number of benchmarking sites, with the Galaxy S21 FE seen on Geekbench. This was first spotted by Tipster Tron who shared a screengrab of the Galaxy S21 FE with model number SM-G990E. The screengrab shows the single-core and multi-core tests of the phone -- 1096 and 3387 points, respectively. 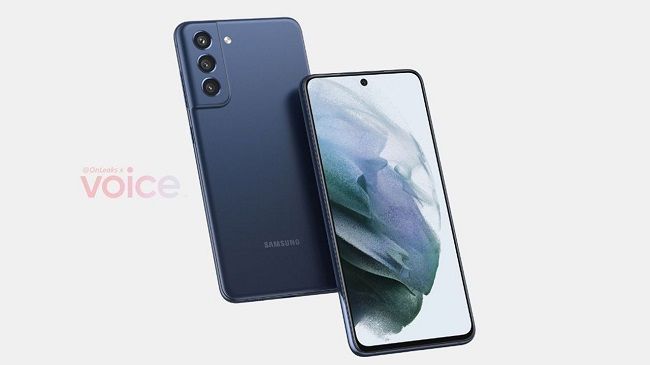 However, what's more important is that the Geekbench listing lifts the lid off a lot of interesting information about the device, including the fact that the Galaxy S21 FE is driven by the Exynos 2100 chipset with one prime CPU core working at 2.91 GHz, three CPU cores clocking at 2.81 GHz, and four CPU cores working at 2.21GHz. This has been paired to 8GB of RAM. Although, it can be expected that the phone may come with Snapdragon 888 SoC in select markets. Apart from this, the listing also reveals that the device runs on the latest Android 12 OS.

Other than this, the phone is tipped to come with a big 6.41-inch AMOLED display that supports for 120Hz refresh rate. As for the cameras, the phone will feature a 32-megapixel front camera, with the device also expected to get impressive cameras at the back -- a 12-megapixel main camera, a 12-megapixel ultrawide shooter, and an 8-megapixel telephoto camera. Lights on the device are expected to be kept on by a 4,500mAh battery, which is expected to come with support for 25W fast charging, wireless charging, and reverse wireless charging.