Samsung Galaxy A6, Galaxy A6 Plus smartphones detailed on official website ahead of launch

The Galaxy A6 and Galaxy A6 Plus smartphones have been listed on Samsung’s Indonesian website, revealing full specs, design and features of the devices 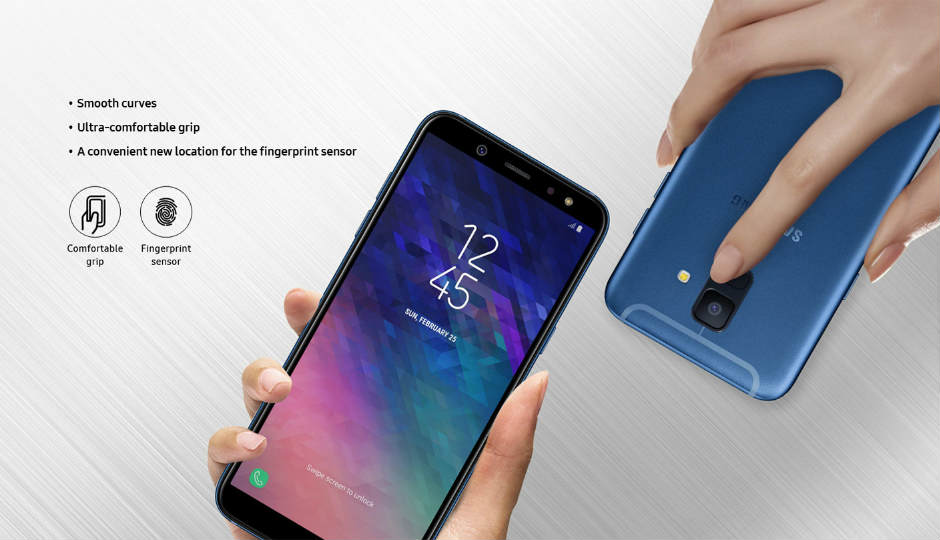 Samsung Galaxy A6, Galaxy A6 Plus smartphones detailed on official website ahead of launch

The Samsung Galaxy A6 was recently spotted in a how-to video where it’s design and some crucial features were revealed. Now, the Samsung Galaxy A6, along with the Galaxy A6 Plus have been listed officially on the company’s Indonesian website where full specifications and features of the two smartphones have been detailed, with an exception of their prices and availability. The Galaxy A6 is the smaller model of the two phones and as earlier reports suggested, it features a 5.6-inch Super AMOLED Infinity display with HD+ (1480 x 720p) resolution and a taller 18.5:9 display aspect ratio. The larger Galaxy A6 Plus is equipped with a larger 6-inch Super AMOLED FHD+ Infinity display with the similar taller display aspect ratio.

The Galaxy A6 is powered by the company’s Exynos 7870 processor, paired with options of either 3GB RAM with 32GB storage or 4GB RAM with 64GB internal storage. The Samsung Galaxy A6 Plus is running on the Qualcomm Snapdragon 450 CPU, and similar memory configurations of 3GB RAM or 4GB RAM, coupled with 32GB or 64GB storage respectively. 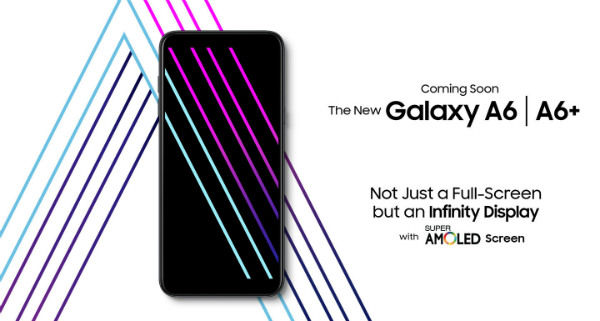 The website also reveals that the two smartphones will come with Samsung’s smart digital assistant, Bixby. However, the feature is not available in its entirety as there is no Bixby voice available for either of the A6 models. Both mobile phones come with a rear placed fingerprint scanner and the Galaxy A6 is backed by a 3000 mAh battery whereas the Galaxy A6 Plus packs a 3,500 mAh battery. They both will be shipped with Android 8.1 Oreo out-of-the-box. 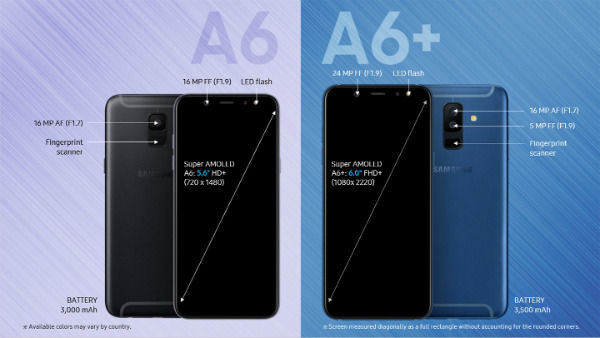 Apart from the Galaxy A6 series smartphones, there are rumours that Samsung is also working on its flagship Galaxy Note 9. Based on the ongoing rumours and reports, a new render video of the smartphone was posted online recently, which took the current market trends in terms of design, into consideration. In the video, the Galaxy S9 is seen in black, silver, blue, and gold colour variants and it features a rectangular design with rounded corners. There is also an S-pen in matching colours and going by the rumours that the device might feature an in-display fingerprint scanner, the video shows the same.

The Samsung Galaxy Note 9 is expected to be launched around August 2018 and its specs were previously revealed in a Geekbench listing. As per the listing, the alleged Galaxy Note 9 is powered by the Qualcomm Snapdragon 845 SoC, which is also equipped in the company’s current flagship Galaxy S9 and S9+ smartphones and features a model number SM-N960U. It could come with 6GB RAM and scores 2190 and 8806 in a single-core and multi-core performance benchmarks respectively.