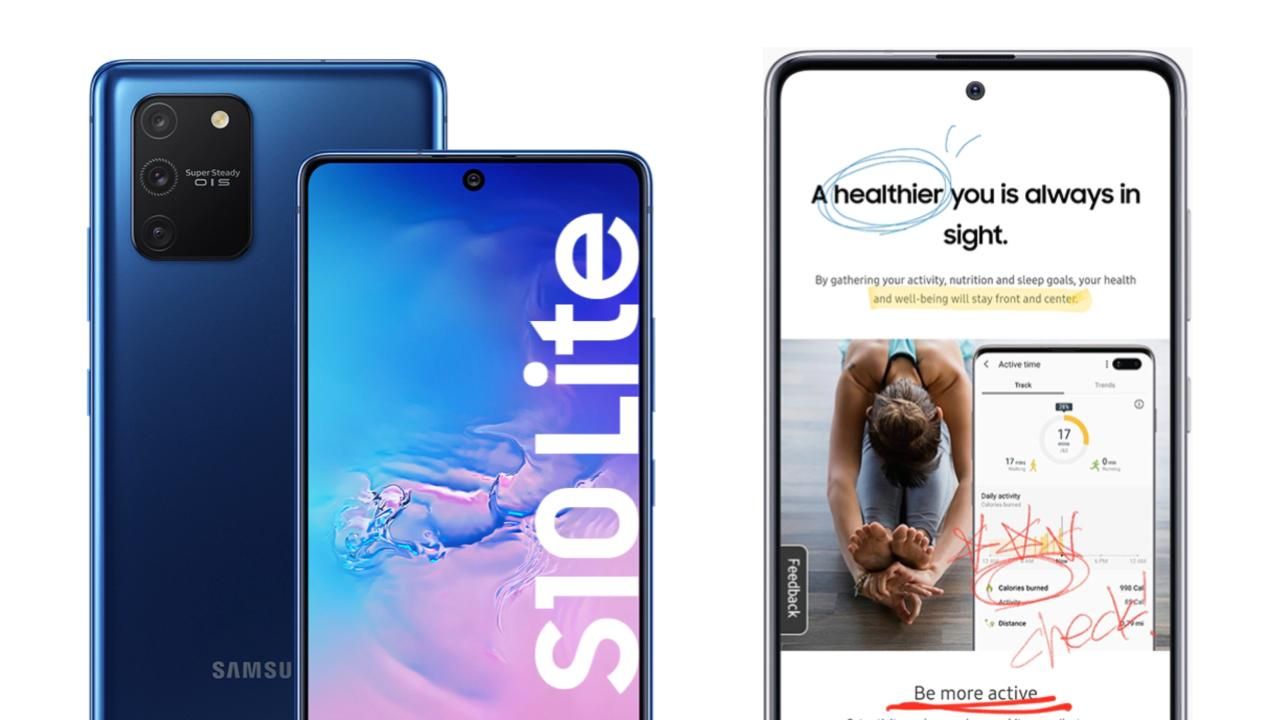 Samsung, which launched the Galaxy S10 and Galaxy Note10 series in India last year, appears poised for the launch of two more smartphones in the same series, namely the Galaxy S10 Lite and Galaxy Note10 Lite. Online reports suggest that the Korean electronics manufacturer could launch both models in the country on January 25, a little ahead of the expected February launch date. These reports also suggest that Samsung's upcoming handsets could be online exclusives.

Well-known online tipster Ishan Agarwal recently revealed on Twitter that Samsung had set January 25 as the official launch date for the Galaxy Note10 Lite. “Not sure if the S10 lite will be launched on the same day but it should. S10 lite might be an Online Exclusive device. Sales and Prebooking in Feb,” Agarwal wrote in his tweet. This information, though not communicated officially by Samsung, seems legitimate when we consider the fact that Flipkart tagged the Galaxy S10 Lite as a ‘Flipkart Unique’ product on its newly launched microsite. You can read more about that here.

As the names suggest, both upcoming ‘Lite’ phones will be toned-down versions of their parent models in the Galaxy S10 and Galaxy Note10 series. Even so, they are both expected to be powered by Qualcomm's flagship-grade Snapdragon 855 chip with up to 8GB of RAM on board. Samsung's dedicated microsite reveals that the Galaxy S10 Lite has a triple camera setup on its back panel in which the primary sensor is a 48MP unit with optical image stabilisation, the second is a 12MP ultra-wide sensor, and the third is a 5MP macro sensor. A single LED flash accompanies the three rear shooters.

Details of Samsung's upcoming ‘Lite’ models have been flowing in for quite some time now from unofficial but mostly reliable sources. But now, Samsung confirms in its dedicated microsite that the Galaxy Note10 Lite will sport a 6.7-inch Infinity-O display with an on-screen fingerprint scanner, a 4500mAh battery with fast charging, and a triple rear camera setup in which all three sensors (wide, ultra-wide, and telephoto) are of 12MP resolution with varying apertures. With any luck, we should definitely see the Galaxy S10 Lite and Galaxy Note10 Lite go live in the Indian smartphone market before the month is over.

Seems like the Samsung Galaxy Note10 Lite India Launch date has been set, it’s 25th January based on early info that I’m receiving. Not sure if the S10 lite will be launched on the same day but it should. S10 lite might be an Online Exclusive device. Sales and Prebooking in Feb. pic.twitter.com/vKx3ebMuGT