The Redmi Y3 is a selfie-centric device.

Redmi 7 has already been launched in China. 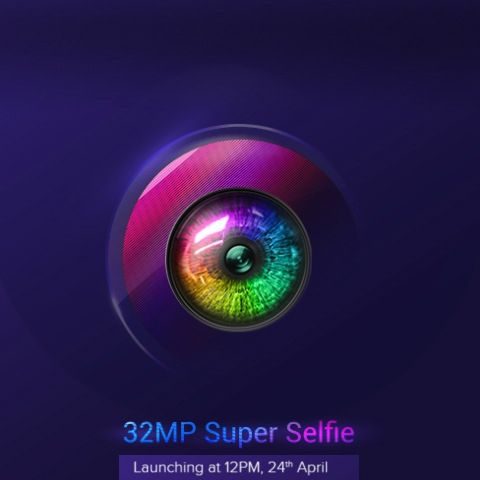 Xiaomi sub-brand Redmi is expected to launch two phones, the Redmi Y3 and Redmi 7 in India at noon today. While the Redmi Y3 is a selfie-centric phone, the Redmi 7 is aimed at people who seek to buy a budget device. The former is the successor to the Redmi Y2 and the latter, a successor to Redmi 6, is already available in China. Leaks and rumours have suggested that both the phones may have similar specifications with the key difference being in the camera department. Xiaomi has been teasing the Redmi Y3 on social media to give us a glimpse of what Indian users can expect from the budget selfie shooter.

Where to watch livestream, and expected price:

The company will be streaming the event live on its official YouTube channel, and you watch the proceedings below. The company has already made a page and a ‘Notify Me’ button is live. Further, on the basis of pricing trend, it is expected that the company will price the Redmi Y3 in the same bracket as the Redmi Note 7, so we may see a Rs 13,999-Rs 15,999 price tag on the phone. The Being a budget offering from Xiaomi, the Redmi 7 may be priced under Rs 10,000, with multiple variants ranging between Rs 8,999 to Rs 11,999.

As mentioned, the Redmi Y3 will be a selfie-centric phone and it will come with a waterdrop notch housing a 32MP camera. Recently, Xiaomi released a drop test video of the Redmi Y3 on Twitter in which the upcoming device was seen tumbling down the stairs. This is likely to show that the handset will come with a robust build and might survive accidental drops. Based on the Geekbench listing, the phone is expected to have a Qualcomm Snapdragon 625 mobile platform under the hood. The processor is likely to be paired with 3GB of RAM, 32GB local storage and a 4,000mAh battery.

As mentioned, the Redmi 7 has already been launched in China, and borrows a lot of design elements, like gradient finish, from the Redmi Note 7. The Redmi 7 uses a hard plastic for the back panel with the P2i nano-coating to offer water resistance. The device features a Gorilla Glass 5-protected 6.26-inch HD+ IPS LCD display with a waterdrop notch that houses the 8MP front camera. On the back is a dual-camera setup consisting of a 12MP primary shooter and a 5MP depth sensor. Under the hood, the phone is powered by the Qualcomm Snapdragon 632 chipset, and is offered in three variants: 2GB RAM 16GB storage, 3GB RAM 32GB storage and 4GB RAM and 64GB storage in China.