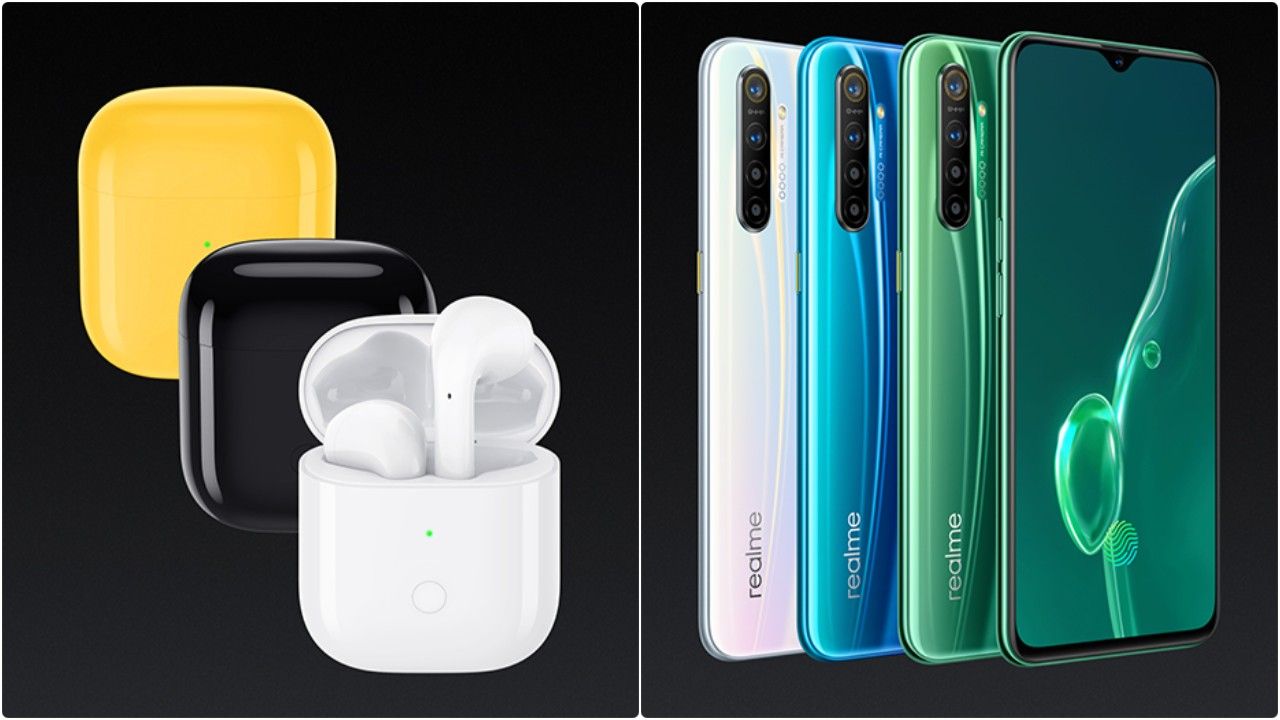 Relame has launched its new mid-range smartphone, the Realme X2, in India, along with its new truly wireless earphones, the Realme Buds Air. The new smartphone goes up against the Redmi K30, which was recently announced in China and is expected to soon launch in India. Realme has tried a slightly more premium look with the new handset and packed it with features it thinks will make it stand out from the competition. In addition, the smartphone maker has announced a new truly wireless earphone called Realme Buds Air, which is quite similar to Apple AirPods in terms of design and features. Here are five important things you need to know about the two devices.

Realme X2: Hardware under the hood

The Realme X2 runs on the quad-core Qualcomm Snapdragon 730G processor, which is an 8nm chip with two Kryo cores clocked at 2.2GHz and six of those are clocked at 1.8GHz. Ṭhere’s a 6.4-inch Super AMOLED display on the device that also incorporates an in-display fingerprint sensor, and sports a waterdrop display design. It runs on ColorOS 6 and will be available in 4/64GB, 6/128GB and 8/128GB versions, and in Pearl Green, Pearl Blue and Pearl White colour variants. The handset also supports 30W VOOC Flash Charge 4.0 charging tech, which is touted to top up the device’s 4000mAh battery to 100 percent in 75 minutes. It also comes with additional features like 2x2 MIMO, dual WiFi speed up, dual channel network acceleration, game space, competitive mode, game assistant and hyperboost 2.0.

In terms of optics, the Realme X2 comes equipped with a quad camera setup, which consists of a 64MP Samsung GW1 primary sensor. This sensor is paired with an f/1.8 aperture lens and is supplemented by an 8MP ultra-wide angle lens, a 2MP depth sensor and a 2MP sensor with macro lens. The device’s camera supports ultra-wide video with ‘ultra’-video stabilisation, real-time video bokeh and slow motion video recording at 960fps. Ṭhe front camera features a 32MP sensor that uses 4-in-1 pixel binning with AI beauty, selfie nightscape and supports stabilised video recording.

Realme was teasing its new truly wireless earphones, which are finally official. The new Realme Buds Air feature a design that’s quite similar to the Apple AirPods, and some of the functionality also reminds us of Apple’s wireless earbuds. The Realme Buds Air supports Google Fast Pair Service (GFPS) that uses Bluetooth Low Energy (BLE) to discover nearby Bluetooth devices. So, opening up the device’s case near a phone will show a pop-up to quickly pair with the Buds Air and subsequently, taking them out of their case will pair them with the last paired device.

In terms of latency, Realme says it is lowering it with the help of it’s new customised R1 chip. The Buds Air work on Bluetooth 5.0 and feature ‘Gaming Mode,’ which is said to reduce latency further by about 51 percent. We don’t see why the company chooses to not have the latency reduced without activating gaming mode and delivering a better user experience overall, but we shall explore this in our review. The Buds Air come with two mics to deliver better call quality and the overall sound profile is claimed to be “excellent.” It offers gesture controls so that one can tap to answer calls, play and pause music, skip tracks or invoke the smart assistant.

The company claims that its Realme Buds Air can last for about 3 hours on a single full charge and with the charging case, they can deliver a 17 hour of total audio playback. Additionally, the case supports wireless charging and Relame also announced a new 10W Qi wireless charger that will be launched soon. Each earpiece is said to weigh 4.2 grams and it will be available in Black, White and Yellow colours.

The Realme Buds Air is priced at Rs 3,999 and will be up for sale at 2PM on December 17 in a ‘hate-to-wait’ sale. The next sale of the earbuds will take place at 12PM on December 23 via Flipkart and Realme.com