Realme 5s will feature a 48MP sensor on the back.

The handset will also come equipped with a 5000mAh battery.

Realme 5 and Realme X2 Pro will be launched on October 20. 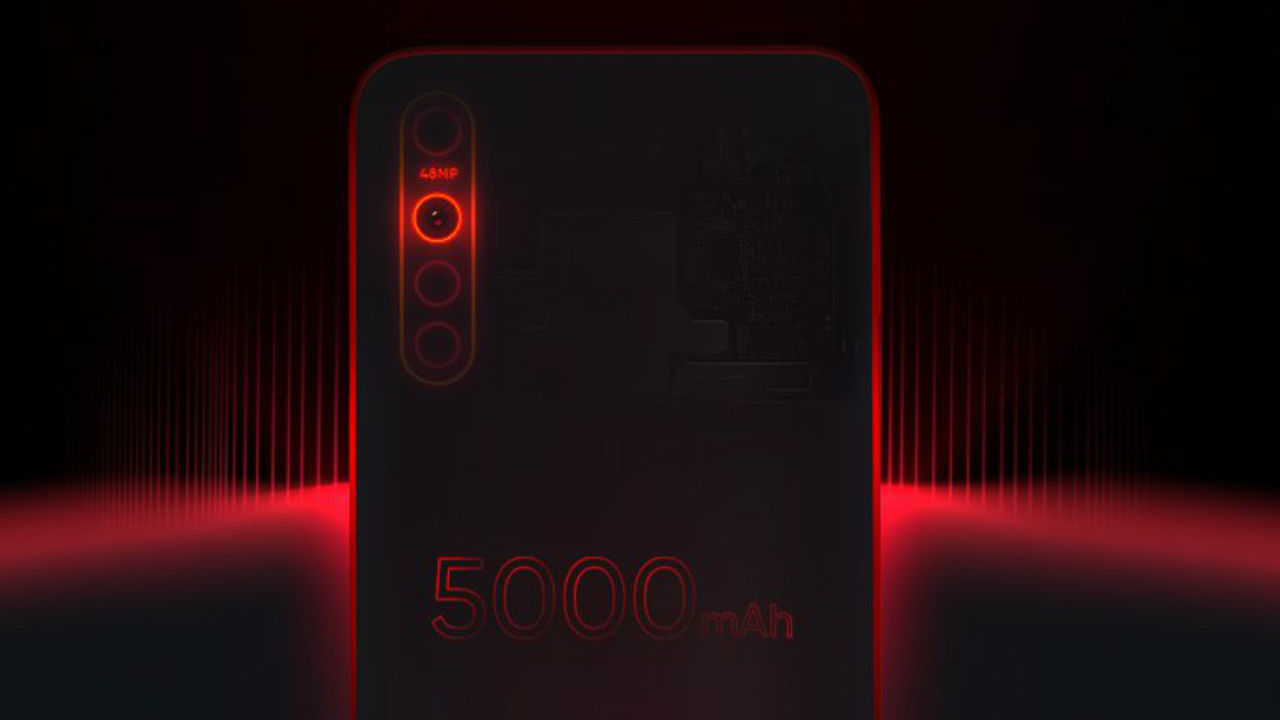 Realme is gearing up to launch two new smartphones in India, the Realme X2 Pro and the Realme 5s. We already know almost everything there is to know about the Realme X2 Pro since it’s already being sold in China, however, the Realme 5s is still something of a mystery. Now, Realme CEO Madhav Sheth is revealing some specifications of the phone ahead of its November 20 launch. The company executive revealed that the handset will come equipped with a 48MP quad-camera setup on the back, along with a notable 5000maAh battery.

While we aren’t completely sure how different the Realme 5s will be from the existing Realme 5. However, going by the two specs, there might be smaller differences that set the two apart. The Realme 5s is expected to be an upgrade to the Realme 5 and as per the ongoing rumours, it could come equipped with a  6.5-inch HD+ display that has a 720x1600p resolution. It could be powered by the Qualcomm Snapdragon 665 chipset, paired with 4GB RAM. The handset might come equipped with a 13MP sensor on ṭhe front and it is now confirmed that it will get a 5000mAh battery.

As promised, the second surprise launching on 20th Nov. is the all new #realme5s with 48MP Quad Camera and 5000mAh battery. #48MPQuadCameraPowerhouse

Witness the reveal of two powerful products at our biggest launch event ever. pic.twitter.com/Xp60Cb7WI4

Realme is also expected to launch a new fitness band in India at its November 20 launch event. In an episode of ‘#AskMadhav’, Sheth said, “I can just give you a hint: if you’re a fitness enthusiast, time to get fitter, guys.” While this is not a confirmation that the company will be launching a fitness wearable, it sure seems like a hint. It would make sense as well to foray into the fitness wearable segment in India, where currently Xiaomi has made a name for itself with the Mi Band series of devices. To recall, Xiaomi recently announced the Mi Band 4 in India that features a colour supporting OLED display, upgraded heart rate tracking and more.