Realme 5, Realme 5 Pro teased on Flipkart, to be part of ‘Realme 5-Series’ phones 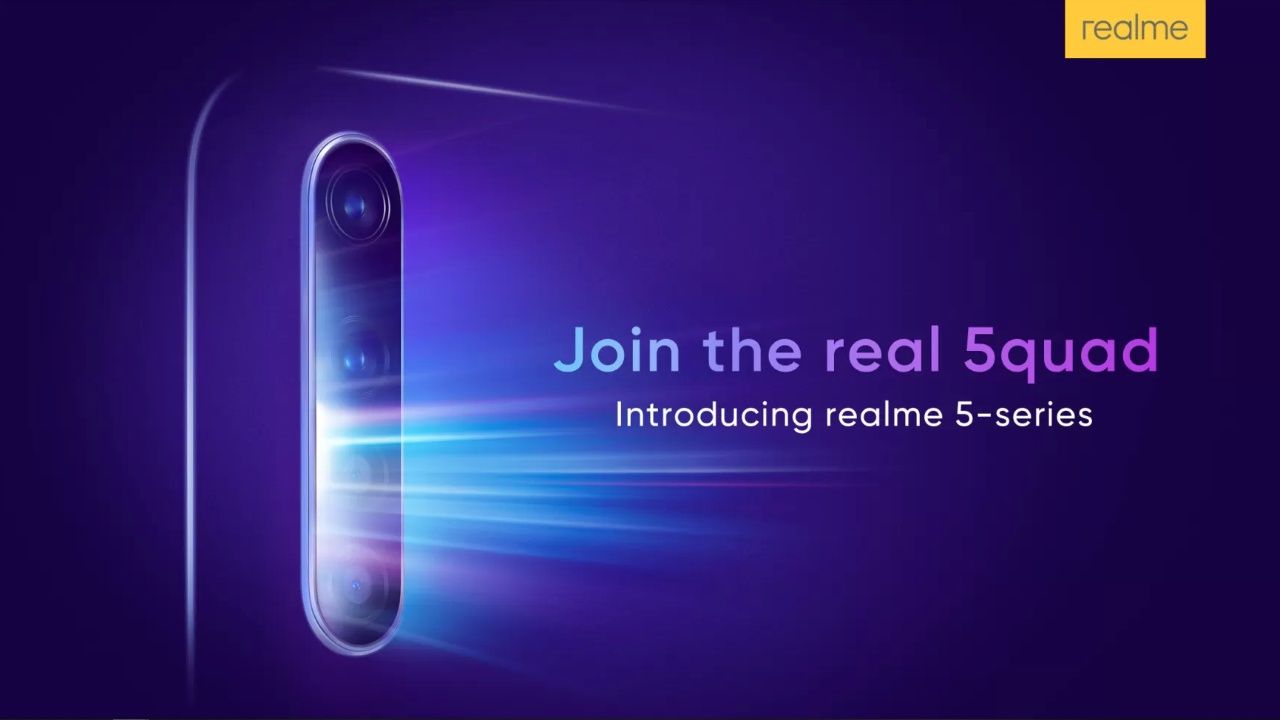 The phones will have a quad-core camera setup.

They will retail on Flipkart.

Realme has announced that it will launch the Realme 5 series of phones at an event in New Delhi on August 20. The company is using “Leap to Quad Camera” tagline because the phones in the series will be the first Realme handsets that will sport four cameras on the back. The company has already announced that it is developing a phone with Samsung’s 64MP primary camera, and it is likely that this phone could well be the one. The devices will retail on Flipkart and the e-commerce platform has already teased the ‘Realme 5’ series.

As per the information available on Flipkart, the phone will have a quad camera setup with a primary lens that will assist in capturing “perfect” low-light pictures with “a large aperture and pixel size.” Digit wants to make clear that Realme has not confirmed that the Realme 5 Series of phones will have a 64MP sensor. There will be an ultra-wide lens with 119-degree field of view, and is claimed to capture 1.5 times more area as compared to other lenses. The Super Macro lens is said to come equipped with a 4cm microscopic focal length. The fourth lens will be used to click portrait images.

Recently, Realme held a briefing to showcase its camera tech, and just ahead of the event, Realme CEO Madhav Sheth has changed his Twitter handle to “Madhav '5' Quad.” Last month, ahead of the Realme X launch, the executive changed the name of his Twitter handle to “Madhav X.” It was understood that the smartphone could be called ‘Realme 5.’ This also made sense because the number ‘4’ is considered unlucky in Chinese culture.

Previously, Sheth had announced that Realme was developing a phone with Samsung’s Bright GW1 sensor that has a resolution of 64MP and uses the company’s ISOCELL technology to capture images. We got our hands on a prototype phone, and you can read all about it here.