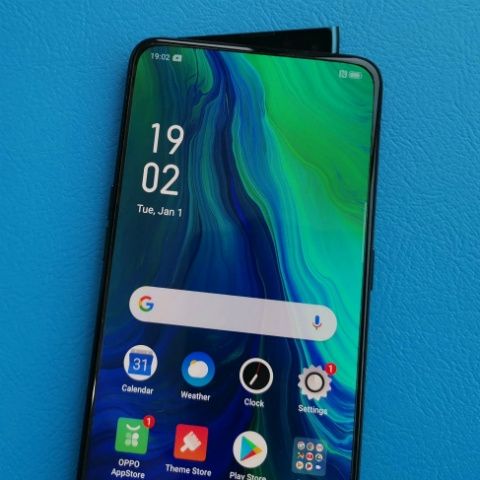 The video were shared on Chinese social media platform Weibo.

Pop-up mechanism and punch-hole design are some of the different ways companies are achieving an edge-to-edge display. There have been reports which pointed out that an under-display camera technology will weed out the hindrance of adding a movable part or a dark spot on the panel. Now, Oppo and Xiaomi have shown what they call as an early breakthrough in this vertical by introducing an under display camera tech.

In his Weibo post earlier today, Oppo Vice President Brian Shen shared a short video clip of a notch-free smartphone prototype. The same clip was later shared by Oppo’s official Twitter handle. In the video, there is no visible camera (no punch hole or pop-up mechanism). The user launches the camera app, and the screen showed a live view of the room's ceiling. To prove that the camera is placed under the display, the demonstrator hovers a finger over the area where the camera is placed.

For those seeking the perfect, notchless smartphone screen experience – prepare to be amazed.

You are taking a very first look at our under-display selfie camera technology. RT! pic.twitter.com/FrqB6RiJaY

In a follow-up post, Shen said that the technology is still in its early days. “At this stage, it's difficult for under-display cameras to match the same results as normal cameras, there's bound to be some loss in optical quality. But, no new technology jumps to perfection right away,” Shen said.

Similarly, Xiaomi President Lin Bin shared a clip in which an under-screen camera was seen on a Mi 9 prototype. Xiaomi reportedly said that this display technology is their “independent intellectual property,” which means that its tech is different from the one showcased by Oppo.

Oppo was one of the first companies that tested the 5x dual-camera zoom with periscope-style lens mechanism. The company also introduced a pop-up mechanism in Oppo Find X just after Vivo showcased the same concept in Vivo Nex. Oppo successfully made the world’s first multiparty video call on WeChat using a 5G network. The company said that engineers from six Oppo R&D centres situated in different parts of the world participated in the video call using popular Chinese app WeChat.