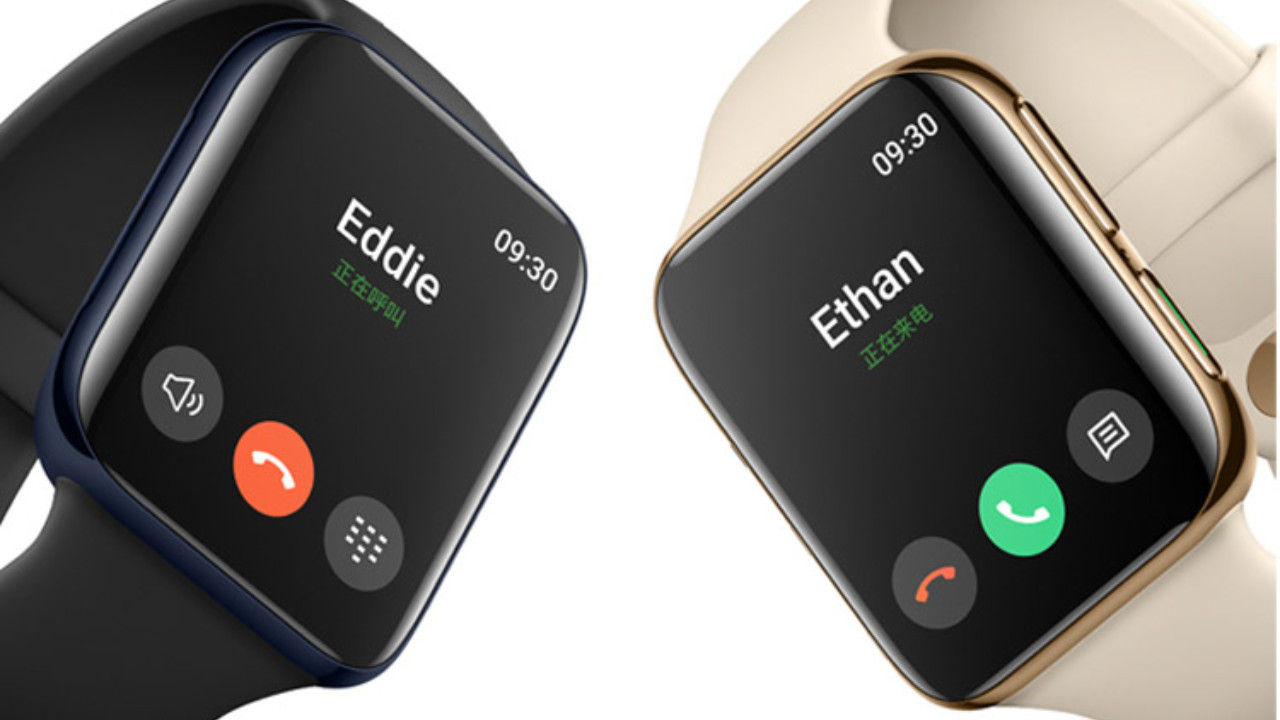 The Oppo Watch is scheduled to launch on March 6 in China.

The watch looks almost identical to the Apple Watch.

The Oppo Watch will launch alongside the Oppo Find X2.

Oppo’s upcoming smart watch has been in the news recently for the design and the close likeliness to the Apple Watch. Now we have a confirmed date when the watch is launching. Oppo disclosed the watch will launch alongside the Find X2 on March 6 at an event in China. The smartphone, and the watch was poised to launch earlier this month at the sidelines of MWC Barcelona. But after the tech convention was called off due to the Covid-19 outbreak, Oppo rescheduled the launch date to March 6.

The Opopo Watch has been teased a few times before. Earlier in February, Brian Shen, Oppo VP shared an image on Twitter of the watch which looked almost identical to the Apple Watch. Shen said the watch rocks 3D curved glass, a first for a smart watch and called it a ‘game changer’. The new photos also revealed the watch will be available in black and gold colour variants.

While the overall features of the Oppo Watch are still not available, there are rumours of ECG support, something that only Apple offers in the Apple Watch Series 4 and Series 5. In China, this could be a good rival to the Mi Watch, Xiaomi’s own smart watch that lacks ECG support.

Furthermore, another leak showed the Settings page in the watch that showed four options — Multifunction Button, Battery, Password and More. These options are nothing surprising. The multifunction button entails the physical button on the body of the watch can be customised according to user’s preference. The battery option can be used to switch around with different modes to improve battery life.