On the certification website, the smartphone is listed with a 12MP + 16MP dual rear camera setup and a 16MP sensor on the front. 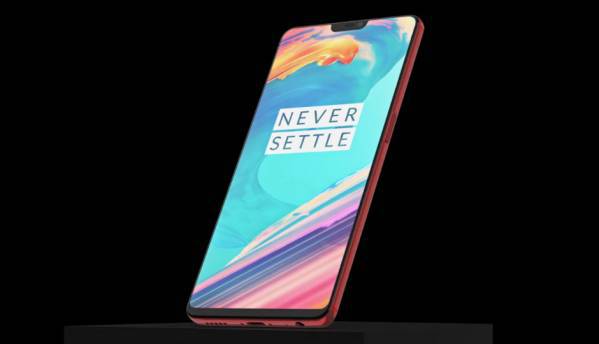 As the OnePlus 6 launch nears, new information about the smartphone keeps leaking out, be it officially or via other sources. Now, the smartphone has been spotted on TENAA, the Chinese certification website by Slashleaks, where its full specifications have also been revealed. Although most of the information about the handset has been revealed officially by the company, some of its specifications like the display size, panel technology and the camera were not known. As per Slashleaks, a OnePlus smartphone with A6000 model number on TENAA has been spotted and it features a 6.28-inch full HD+ AMOLED display with a 1080x2280p resolution. We already know that the device will sport a notch on top of the display, which can also be hidden using a compatibility mode.

As per the listing, the smartphone is powered by an octa-core Qualcomm Snapdragon 845 SoC clocked at 2.45GHz with 6GB RAM and 64GB of internal storage. However, the company has already confirmed that there will be a variant of the device with 8GB RAM and 256GB of onboard storage. It is seen running on Android 8.1 Oreo and is powered by a 3300mAh battery, which is same as the OnePlus 5T. In the camera department, the OnePlus 6 could feature a dual 12MP + 16MP sensors on the rear and on the front, come with a 16MP camera.

The OnePlus 6 will be revealed on May 17 in India and the company is also allowing their customers to attend the event in person. The event will take place in Mumbai and one can attend the event and witness the launch live by buying tickets for it. You can learn more about how to book the tickets here. OnePlus also announced that there will be a OnePlus 6 x Marvel Avengers Limited Edition smartphone, which will be launched alongside the regular OnePlus 6. This was announced soon after the company’s collaboration with Marvel Studios and the Limited Edition smartphone is said to feature a “unique” textured rear panel. An image of the device’s retail box has also been leaked by Slashleaks, giving an idea of what new design changes it could sport. The box is dark grey in colour and features a glossy Avengers logo in the center, the etching on which looks like a kevlar pattern. It’s speculated that the Limited Edition OnePlus 6 could feature a kevlar finish on the rear panel.

Some new hands-on images of the OnePlus 6 also recently leaked online, displaying the front of the device with an 18:9 display and the notch. In another image that captures the bottom edge of the device, it is seen featuring the speaker grill, headphones jack, and the USB Type-C port. The alert slider can also be seen above the volume rocker on the smartphone, which is in contrast to the previous rumours of the change in the slider’s position. The company itself has teased that it could be splash or waterproof and could come with gesture-based controls as well.

Pete Lau, OnePlus Founder and CEO has also posted the first official camera samples captured from the smartphone. He showcased the bokeh performance and daylight shots from the smartphone’s camera, but the meta-data from the images was removed so that no details of the device’s camera setup can be known. Lau also later revealed in a blog post that the standard variant of the device will feature a glass rear panel with five printed layers of Nanotech Coating. It’s not clear if the smartphone will support wireless charging.