OnePlus 6 leaked in CAD renders ahead of May 17 launch 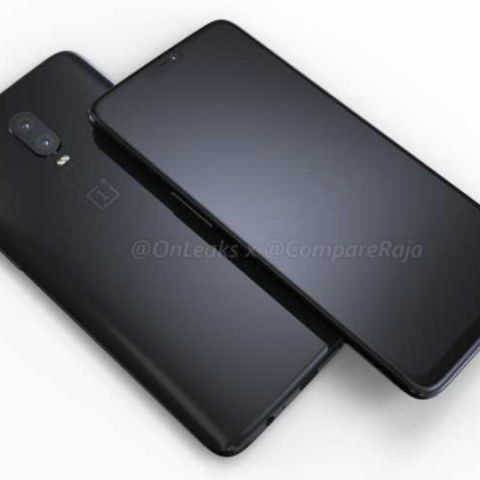 OnePlus 6 will be unveiled officially on May 16 globally and on the next day on in India. Ahead of the launch, some CAD renders of the smartphone have leaked online, giving a look at how the smartphone could look like. CompareRaja, in collaboration with OnLeaks, has posted the images. We already have an idea of how the device looks like since Amitabh Bachan accidentally posted images of him and Pete Lau holding the OnePlus 6. These renders are in-line with the previous leaks and show a vertically stacked dual-rear camera setup with a rectangular fingerprint sensor placed below.

As per the report, the OnePlus 6 could feature a 6.28-inch AMOLED display with a 2280 x 1080p resolution and a 19:9 display aspect ratio. This is in -line with the previously spotted TENAA listing of the device. The renders also give a look at the iPhone-X like notch on top of the display and as the company has said earlier, there will be a compatibility mode on the device, which will allow users to hide the notch. The volume rockers are placed on the right edge of the smartphone, whereas the power key and the Alert Slider buttons are placed on the left edge. The renders show a USB Type-C port at the bottom, along with a 3.5mm audio jack and a bottom firing speakers. Although, it’s not clear from the renders, the company has already confirmed that the device will feature a glass rear panel.

The OnePlus 6 is confirmed to feature a notch on top of the display as the company says its the next best step for providing more screen real estate to the users. The smartphone will be powered by the Qualcomm Snapdragon 845 SoC and is expected to be launched in a 6GB RAM variant with 64GB internal storage and 8GB RAM models with options of 128GB and 256GB internal storage.

The company is hosting an event where the device will be launched and recently sold the tickets for it too. OnePlus says that the tickets for the event were sold out under four minutes. Those attending the event will get some goodies from the company like a OnePlus Tote bag, baseball cap, a OnePlus Marvel Avengers limited edition Shirt, and more. Amazon Prime subscribers will also get early access to the sale, ahead of time, at 12 PM on May 21.

OnePlus 6 customers will also get to experience the latest public beta of Android P operating system on the device. At the Google I/O 2018 developer conference, the search giant announced that for the first time, the latest Android P public beta will be available for devices other than the Pixel phones and the list includes the yet to be launched OnePlus 6. The company has also announced the same on their OnePlus forum.

You can learn more about the latest Android P Public beta and its top five features here. We are also covering the Google I/O 2018 and you can read the roundup of what was announced on the first day here.