The smartphone is expected to have a 5.5-inch 1080p display, octa-core processor, 4GB RAM along with a 16MP rear camera 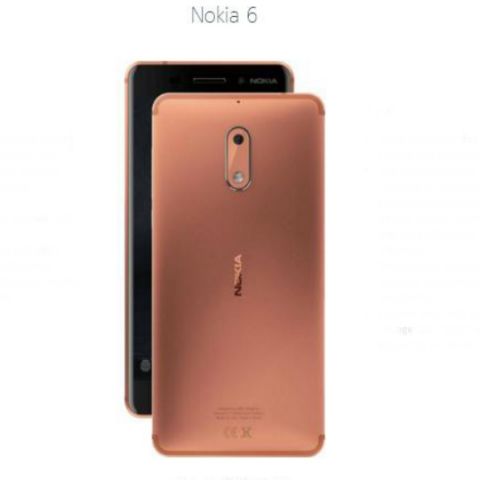 If information circulating the internet is to be believed, then the Nokia 6 (2018) will be unveiled on January 5 2018, just days before CES 2018 kicks off. The information comes from Chinese retailer Suning which suggests the January 5 launch date. As for the specifications of the smartphone, they have surfaced on the TENAA website.

If the listed specifications are to be believed, then the Nokia 6 (2018) will have a 5.5-inch TFT full HD display with 16:9 aspect ratio. This counters earlier reports which suggested a display with an 18:9 aspect ratio. Under the hood, the smartphone will have an octa-core processor coupled with 4GB of RAM. Rumours suggested that the processor under the hood with be the Snapdragon 630. Coming to the optics, the smartphone will have a 16MP CMOS camera at the back and an 8MP selfie camera. The Nokia 6 will also have a rear mounted fingerprint sensor.

The Nokia 6 will be available in two storage options - 32GB and 64GB. Both variants will have microSD card support up to 128GB. Users will have to choose between a second SIM and expandable storage on the upcoming device. Powering the entire package is a 3000mAh battery.