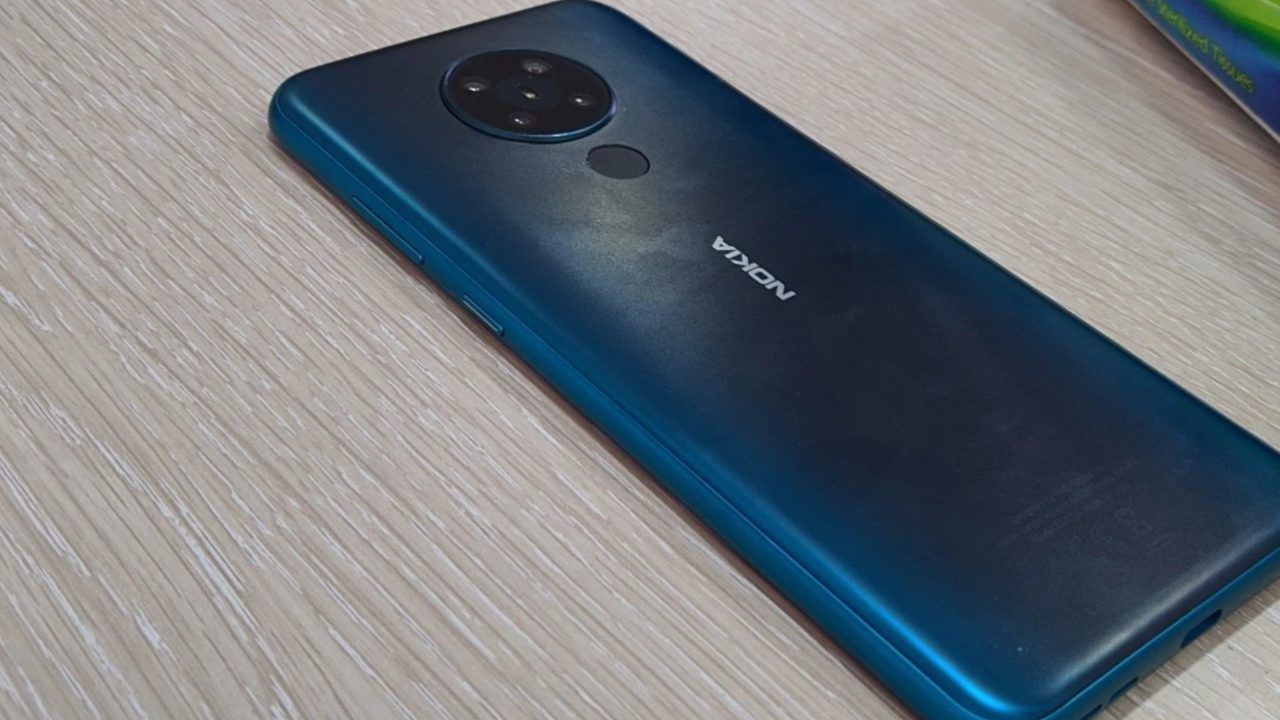 HMD Global is likely to launch the next Nokia 5-series smartphone at its March 19 event. The Nokia 5.3 is the same device as the Nokia 5.2 which was rumoured to launch in March. Ahead of the official announcement, the smartphone has appeared online in an alleged live image. The leak highlights its quad rear camera setup. Further, it gives us a look at the appealing green paint job.

The latest development comes from a Twitter user. It was first spotted by NokiaPowerUser. It showcases the matte green finish similar to the Nokia 7.2's Cyan Green colour option. Moreover, we can see the quad rear camera arranged in a circular camera module with the LED flash sitting in the middle.

The Nokia 5.3 is tipped to feature a 6.55-inch display with an aspect ratio of 18.5:9. Going by a recent Geekbench listing, it will be powered by either a Snapdragon 660 or Snapdragon 665 chipset with up to 6GB of RAM and 64GB of internal storage capacity. On the back panel, the Nokia 5.3 is likely to sport four camera sensors of varying resolution (16MP + 5MP + 8MP + 8MP). On the front may lie an 8MP selfie shooter. It’s also expected to pack a 4000mAh battery.

To recall, the Nokia 5.1 was launched in India in mid-2018. It features a much smaller 5.5-inch Full HD+ display with fairly thick horizontal bezels. It’s powered by a MediaTek Helio P18 Octa-core chip with up to 3GB of RAM and 32GB of expandable storage capacity. It has a single 16MP camera sensor on the back with phase-detection autofocus and dual-tone flash.