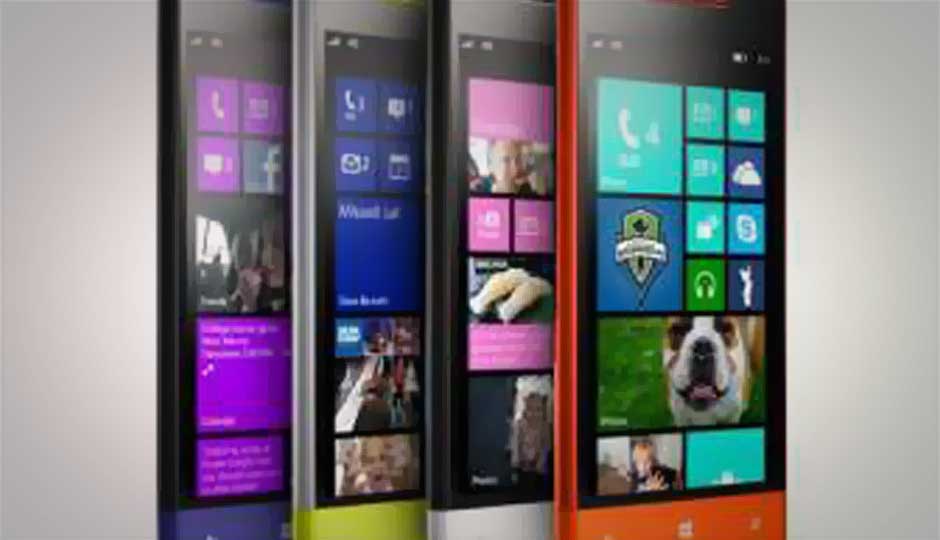 Windows Phone 8 is finally here, well, at least the announcement has been made. Joe Belfiore, Vice President Windows Phone took the stage in California to introduce to the world what Windows Phone 8 was all about. This has definitely been a very eventful week for Microsoft, with Windows 8 OS being finally made available to the general public, Microsoft Surface RT also shipping out the pre-orders and Xbox 360 receiving an update to integrate it with the Windows 8 environment. Windows Phone 8 was the last piece needed to complete this loop and now that it’s out, there’s a lot to be excited about.

Joe Belfiore took his time walking the audience (and the webcast viewers) though all the new and amazing features Windows Phone 8 has to offer. Amongst the many notable features, Skype integration into the OS itself stands out. When Microsoft acquired Skype, we knew that the popular Voice Calling software was going to find its way into Microsoft’s products, starting with the Fall 2012 Update for the Xbox 360 Dashboard. Not only did that not happen, but even the first wave of Windows Phones were devoid of Skype. Windows Phone 8 finally brings deep Skype integration, along with the desktop counterpart of the software also getting an update.

Moving on, Belfiore emphasized a lot on how the Windows Phone 8 is designed to be a personal phone, almost like an extension of who you are. Keeping that in mind, the main user interface is populated with Live Tiles, something that we have really come to love about the OS. However, with Windows Phone 8, Microsoft takes the concept a little further and has allowed the lock screen to be fully customizable using Live Tiles as well. With these live tiles being right on the lock screen, you won’t actually need to unlock your phone to see what’s going on. All the updates come right onto the lock screen.

The third major new feature to the WP8 OS is something called Kids Corner. For a demo of Kids Corner, Belfiore called on stage his own kids, but not before showing a video montage of how much his kids harass him to let them use his phone. He outlined that the purpose of Kids Corner was to create a space on the phone for the kids, without having to worry about them getting into his e-mails and messing things up. Kids’ Corner is essentially like a “Guest Account” on a PC, but customized to fit a kid’s needs. It can be populated with specific apps and games for the children to enjoy. Belfiore put it as a little space on your phone dedicated just for kids.

To prove the point, he invited on stage Jessica Alba, who has been using Windows Phone 8 for some time now. She narrated an incident where one of her kids got onto her Twitter account and tweeted “child talk” to some 4 million of her followers. Kids’ Corner is designed to prevent just the sort of thing. The kids came on stage, and started up the Kids’ Corner feature just by swiping to the left on the lock screen and all of a sudden, they were engrossed in games and absolute silence followed.

Since Microsoft has focused so heavily on the social aspect of our lives, the People’s Hub in Windows Phone 8 has also received an impressive update. Now instead of just having all your contacts from various sources in one place, making it a big sea of humans, you can create what are called “Rooms”, groups to which specific people can be added and thus, updates from these people take priority. The point of groups isn’t just to segregate people, but also be able to share exclusively with them. The on-stage demo showed how Rooms can be used to share images, calendars, to-do lists and messages with the people in that Room. Best of all is the fact that people who are not using a Windows Phone 8 can also be added to Rooms, although the features available to them might be limited.

While there are many software tweaks and upgrades, Windows Phone 8 also comes with a bump in specs. Moving on from the ancient-seeming single cores, the WP8 devices will all run on dual-core processors and feature 720p or WXGA resolutions. Steve Ballmer took a few minutes on stage to talk about the new OS as a whole, along with introducing us to the upcoming Windows Phone 8 devices from various manufacturers. Nothing we didn’t already know, with Nokia, HTC and Samsung being the three makers of the first few WP8 devices.

We had been hoping that Ballmer would take the time to unveil the rumored Surface Phone, but we weren’t that lucky. The key-note for the Windows Phone 8 ended with a tentative Fall availability for all phones across Europe and USA (specific carrier availability and price to follow soon), but no word on Asia or India availability.

Windows Phone 8 definitely looks like a great piece of work, setting itself significantly apart from the competition. In a video, Belfiore take a jab at the competitors by saying "It's the only phone that has live tiles, for the people you care about and the apps that you use all the time. It's a different story than iOS and Android. The iOS 6 homescreen is really just a sea of static icons. It's not people; it's not live data.

Of course, after five years, they have added one more row of icons! Android homescreens typically present a complex maze of icons, widgets, and settings. But, they look a lot like iPhones, too. If you put a bunch of them together on a table, it'd be hard to tell your own from the crowd. We felt there was a better way. Windows Phone 8 -- it looks different, and that's because we didn't make WP8 for all of us, we made it for each of us."

We’re definitely looking forward to WP8 phones hitting the shelves soon so that we can see just how good or bad they are, and how well they play with other Windows 8 based devices like the PC, Surface Tablets and the Xbox 360.