Instead of launching another flagship phone at MWC, LG will revise its existing LG V30 by including some nifty AI-based features. It’s a smart pivot for the company that has been dabbling in artificial intelligence for quite some time. The phone will also have 32 exclusive Google Assistant commands. 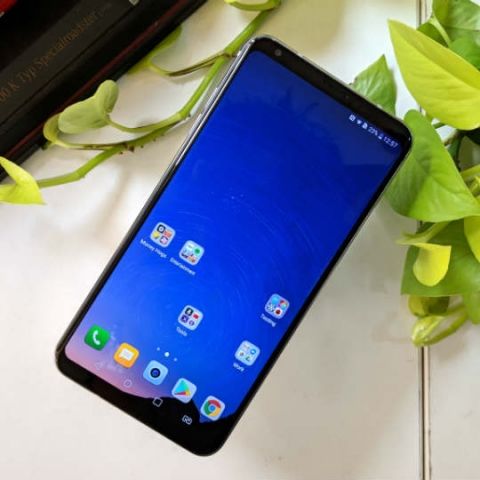 Earlier this year, news broke that LG will not be launching the successor to the LG G6 at Mobile World Congress. There were rumours even that LG has gone back to the drawing board just weeks before the launch to redesign the phone, pushing the launch to a later date in April. In fact, LG’s Head of Mobile was heard saying the company may not launch phones annually anymore. However, that doesn’t mean LG won’t be making its presence felt at the world’s largest smartphone exhibition.

Instead of launching another flagship phone, LG will revise its existing LG V30 by including some nifty AI-based features. It’s a smart pivot for the company that has been dabbling in artificial intelligence for quite some time.

Today, LG detailed the new AI enhancements that the refreshed LG V30 (2018) will feature. The company reportedly spent more than a year researching how AI should be implemented in smartphones. LG’s AI prowess was exhibited earlier at CES 2018 when the company announced its ThinQ platform for TVs and smart appliances.

Among the new features is Vision AI, which is LG’s answer to Samsung’s Bixby Vision and Google Lens. According to LG, Vision AI automatically analyses objects and recommends the best shooting mode from among eight modes including portrait, food, landscape, city, flower, etc. The AI takes into account the angle of view, colour, reflections, backlighting and saturation levels to analyse images in its database to determine what the camera is focusing on, to recommend the best setting.

LG collaborated with a partner in image recognition to analyse over a 100 million images in order to develop the phone’s image recognition algorithms. The company said it created over one thousand unique image categories were created for more accurate image analysis.

By pointing the camera at the object, Vision AI can automatically scan QR codes, initiate an image search and provide shopping options including where to purchase the item for the lowest price, or other similar products that people might find interesting.

Yet another addition to the camera is an improved low-light shooting by brightening images shot in dim-lighting by a factor of two. LG will do this not by the conventional methods of measuring external light levels, but by measuring the brightness of the actual image that will be recorded, which apparently will result in brightness levels to be adjusted more accurately.

It’s not the first time a phone-maker has claimed to solve low-light smartphone photography using AI, and it certainly won’t be the last. We will be apprehensive of it till we test it out ourselves.

What LG is calling the Voice AI is essentially a set of 32 exclusive voice commands for Google Assistant that will allow users to perform tasks on the LG V30. The number is up from 23 such voice commands in 2017 and now includes commands to shoot photos including panoramic photo, food photo, time-lapse, low-light photo and more.

LG’s mobile division reported losses for the tenth quarter in a row in Q4 2017 and perhaps refreshing existing phones with newer technologies is a way to stop bleeding money.