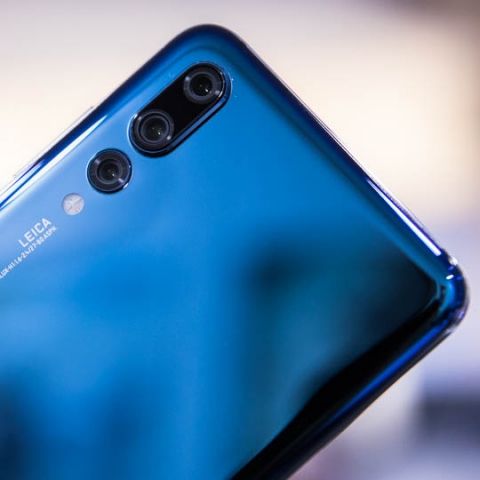 The Chairman of Huawei devices, Yu Chengdong suggested via Weibo that the new technology will offer a drastic improvement in speed.

We might see a major announcement from Huawei soon. Yu Chengdong, the Chairman of Huawei devices has announced on Weibo that it will soon launch a “breakthrough” technology. However, he did not mention what that technology is. Translating his post via Google Translate suggests that the new technology will offer such a drastic improvement in speed, that it will be equivalent to the difference between “running on the ground” and “flying in the sky.” He’s also described the technology as “very scary,” but in a positive note. Chengdong also notes that the company is in the process of applying for a patent, and that the technology will be used by a new Honor device that will be launched in June. 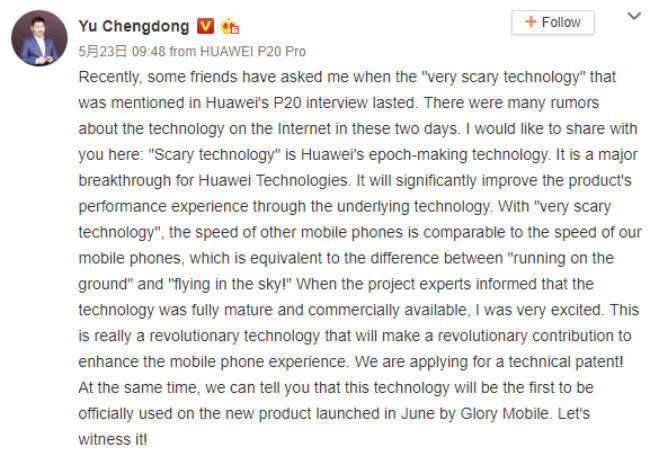 The comes just a few days after iFeng quoted Zhao Ming, President of Honor who said that this “scaring technology” would be used in the upcoming Honor Play device, which would be unveiled in June. The report notes that the device would use a combination of hardware and software to enhance the performance of the device.

What exactly is this technology is not yet known. Speculation suggests that it might be a new AI-based feature. The company has been dabbling in AI for quite a while. It’s flagship chipset, the HiSilicon Kirin 970 features a dedicated Neural Processing Unit or NPU, that helps out with AI-based tasks. This chipset is used in the Huawei P20 Pro and the Honor 10 smartphones. There is also speculation that Huawei is developing its own mobile operating system as an investment in case of “ worst-case scenarios.” However, reports suggest that the OS is nowhere near Android in terms of quality as well as app support. The company has also stated that it has “no plans” to launch its proprietary ODS in the “foreseeable future.” Currently, the company is shopping its devices with EMUI, which is based on Android. It should be noted that Samsung also has its own proprietary OS called Tizen, which it uses for its wearables, TVs as well as some smartphones.