They show a wide notch with place for multiple sensors. 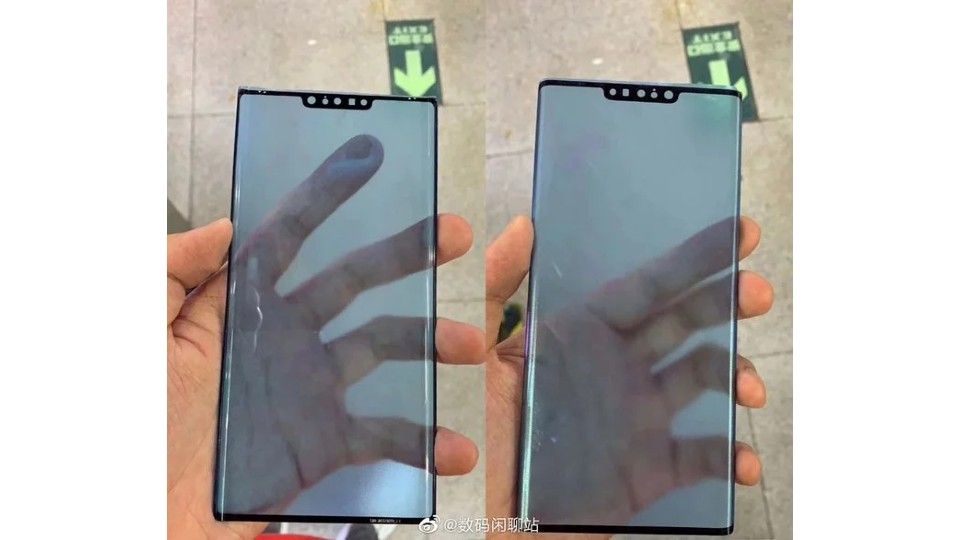 There have been several leaks and renders hinting at what the Huawei Mate 30 and Mate 30 Pro will look like. Now, there’s a new leak showing the alleged screen protectors of the upcoming Mate 30 series smartphones. The alleged screen protectors have shown up as images on Weibo. The images show a wide notch with multiple holes in it. Hence, the upcoming phones could be packed with multiple sensors for Face recognition features. According to the leaks even the Mate 30 could come equipped with a wide notch.

In terms of design, the images show dual-edge curved displays for both smartphones. However, the curvature for both screen protectors seems to be slightly different. If the phones are launched with the curved displays, they will be the first non-Pro series phones to feature curved screens. Additionally, the Mate 30 Pro is said to come with COP (chip-on-plastic) technology for its display.

A careful look at the size of both notches shows that the sensor arrangement on both phones might be slightly different. Also, the Mate 30-series notch looks slightly narrower than the Mate 20-series’ notch, its predecessor. Moreover, the bottom bezel looks quite slim as well.

Coming to the sensors, the notch of the Mate 30 and Mate 30 Pro could house sensors for the facial unlock system like the Mate 20 Pro. Moreover, Gizmochina claims, “the images of the protective film have surfaced because the film manufacturing factories have started producing it.” Hence, it could be possible that the Mate 30 series has entered trial production phase.

According to the rumours, the Mate 30 Pro could feature a 6.71-inch quad HD+ display. It could be powered by a Kirin 985 chipset and paired with up to 12GB RAM. The smartphone could also pack a 4200mAh battery that may arrive with support for 55W fast charging. Also, there could be a 5G variant of the Mate 30 Pro. Both Mate 30 and Mate 30 Pro could be launched in October.