The latest leaked image of Huawei Mate 30 and Mate 30 Pro offers us a closer look at what the phones may look like.

The triple camera setup could be housed in a circular frame.

The phones could launch in October. 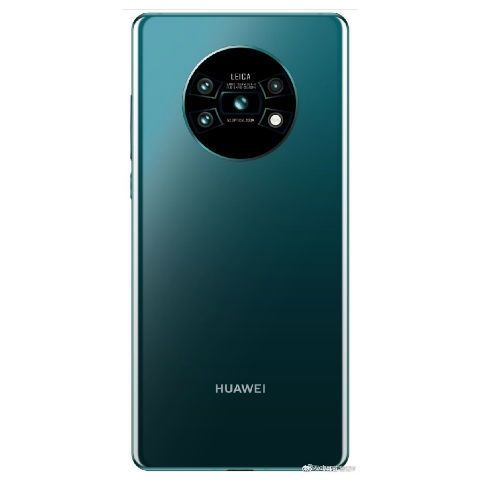 The protective film of Huawei Mate 30/MAte 30 Pro has allegedly shown up on the internet. Twitter tipster Ice universe has tweeted a picture of what is claimed to be a protective film, which will be used on the Huawei Mate 30 and Mate 30 Pro. The image originally showed up on Weibo. Although the upcoming Mate devices are not expected to be launched anytime before October, the Mate line-up usually features the company’s most advanced tech for the year. If the leak is to believe, it gives an idea about what the bezels on the upcoming Mate phones could look like. However, the top of the image is blurred, which could be hiding a notch or the source of the leak.

In addition to this, the rear glass panel of the phone was also leaked recently. It showed that the camera module on the devices could be round, featuring three camera lenses. While Huawei is moving to a circular setup, (if the leaks are to be believed) Apple and Google could be housing their cameras in a square.

The expected specification of the Huawei Mate 30 Pro includes a 6.71 inch curved AMOLED display with the 90Hz refresh rate. The OnePlus 7 Pro was earlier launched with a 90Hz refresh rate on the display. The upcoming Mate brothers could be powered by the Kirin 985 chipset and 4000mAh battery or more. On the optics front, the round camera module is expected to sport a primary 40MP camera, a 20MP ultra-wide-angle camera, and an 8MP telephoto camera with 3x optical zoom. Additionally, Phonearena claims that the phones could feature a Time of Flight(ToF) sensor, which provides more accurate depth information for portraits.

We will keep you updated with the future leaks. Stay tuned with Digit for more.