We’re just a few hours away from the launch of the HTC U12+, but it seems like we may already know everything that one needs to about the phone. The company accidentally left a page public on its website which revealed the price of the upcoming device. First spotted by Roland Quandt, the website has since been taken down, but not before SlashLeaks managed to take a screenshot. As per the image, the 6GB RAM/128GB storage variant of the phone would be available for CNY 5,888, which is approximately Rs 63,000. Slashleaks has also posted an image said to show the rear of the HTC U12+. This seems to the Translucent Black variant of the smartphone as one can make out some of the internal components. 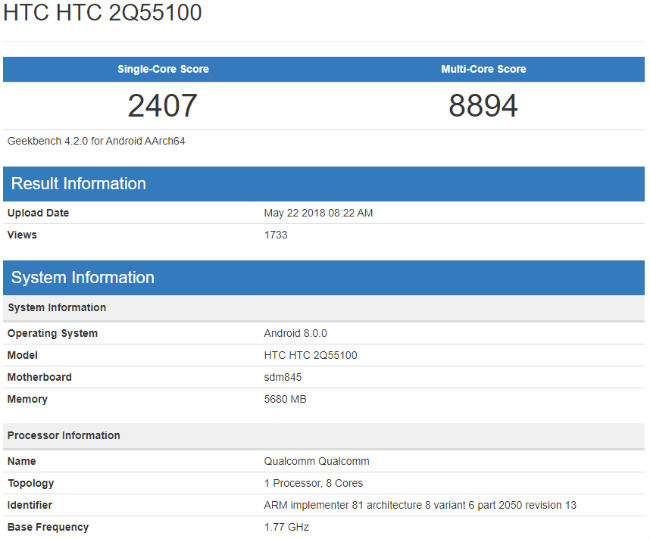 Last week, noted leakster, Evan Blass aka @evleaks posted images of the three colour variants of the smartphone as well as the spec sheet of the device. The device is expected to be available in Black, Burgundy Red and Translucent Black variants and offer a 18:9 6-inch QHD+ Super LCD 6 display with a resolution of 2280 x 1440 pixels. The phone is expected to be available in 64GB and 128GB variants, both with 6GB of RAM and Snapdragon 845. It is also expected to offer support for HDR10, DCI-P3 and sRGB. Other features could include a new ‘Liquid Surface’ design as well as pressure-sensitive buttons. The phone is also expected to offer an updated version of the Edge Sense feature that the company debuted with the HTC U11.