Honor 10 with an iPhone X-like notch, Kirin 970 SoC launched in China, global launch on May 15

The Honor 10 features dual rear cameras and is powered by the Kirin 970 SoC. The processor is said to come with advanced AI 2.0 features, which help in image processing and other tasks. 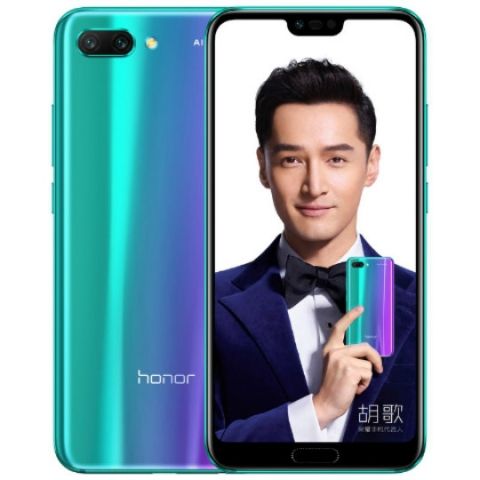 Honor has announced its latest flagship Honor 10 smartphone in China and true to rumours, it comes with a dual rear camera setup and retains the same design we have seen on the Huawei P20 Pro, which was unveiled last month in Paris. The Honor 10 also features an iPhone-X like notch on top of its display and comes with ‘advanced’ AI 2.0 capabilities. The smartphone will go on sale in China on April 27 and the company has also tweeted out that it will be globally launched on May 15.

Coming to the hardware, the Honor 10 is powered by an Octa-core HiSilicon Kirin 970 SoC, paired with 6GB RAM. It features a 5.84-inch full HD+ LCD display with a 19:9 aspect ratio and runs on EMUI 8.1, based upon Android 8.1 Oreo. The 16MP + 24MP camera dual rear cameras are placed horizontally on the rear and come with a f/1.8 aperture and an LED flash. On the front, it comes with a 24MP sensor.

As mentioned earlier, the smartphone comes with AI 2.0 features, which is mainly used for processing the captured images and the phone sports an AI camera branding on the rear to emphasise this. Honor says that the phone can capture and process better images and uses AI-based capabilities, which allows a user to shoot enhanced portrait selfies. It is also said to detect faces better in the image gallery for grouping photos.