Google Pixel 2 and Pixel 2 XL will compete with newly launched iPhone 8, iPhone 8 Plus, upcoming iPhone X, Samsung Galaxy Note 8 and LG V30. The launch event will be livestreamed on YouTube and is scheduled to begin at 9.30PM IST. 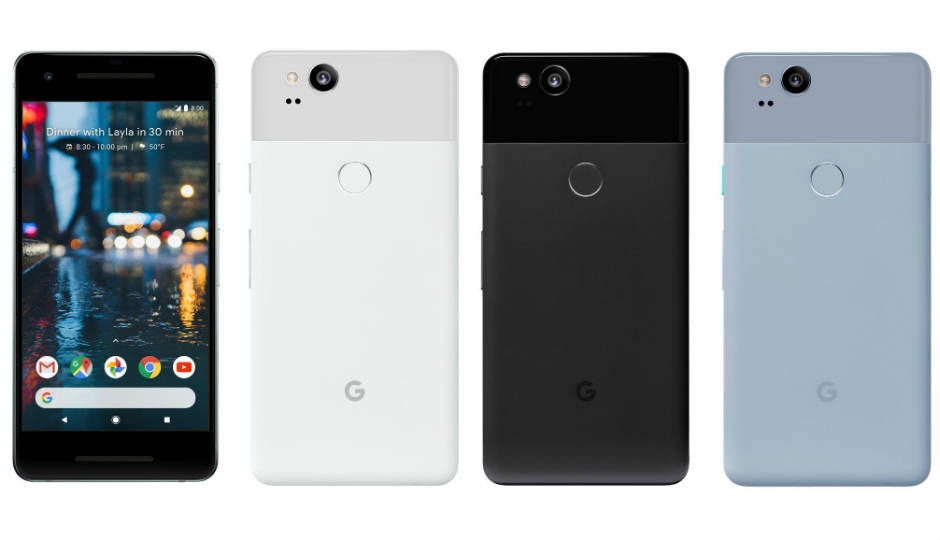 Google's Pixel 2 and Pixel 2 XL, the second-generation Pixel smartphones will be officially unveiled tomorrow. Alongside the new Pixel phones, Google is also expected to showcase a new Chromebook, a mini version of the Google Home speaker and updated Daydream VR headset. While Google is planning a huge set of hardware announcements for tomorrow, the new Pixel smartphones will be the most important launch at the event. The launch will be livestreamed on YouTube and is scheduled to begin at 9.30PM IST.

Google's Pixel and Pixel XL were the first self-branded smartphones from the company and second-generation smartphones are launching weeks before the iPhone X goes on sale. The smartphones have leaked before and the new leak from Evan Blass gives us our best look yet at both the models. With the 2017 Pixels, Google is adopting a dual OEM strategy where HTC is building the Pixel 2 and LG is manufacturing the Pixel 2 XL. The smartphones will compete with the newly launched iPhone 8, iPhone 8 Plus, upcoming iPhone X, Samsung Galaxy Note 8 and the LG V30.

Google Pixel 2, the smaller of the two models, will only see improvements under the hood and offer a design similar to its predecessor. The Pixel 2 will sport a 5-inch 1080p display with 16:9 aspect ratio and prominent top and bottom bezel. The Pixel 2 XL, on the other hand, will adopt the new design language with thinner bezels and a large 6-inch Quad HD+ display with a taller 18:9 aspect ratio. While the new Pixel 2 XL won't offer an edge-to-edge display, it will be reminiscent of the design seen on the LG V30, Samsung Galaxy Note 8 and the Galaxy S8 series. Android Authority claims that the Pixel 2 XL will use an E-SIM like the Apple Watch Series 3 and sport a curved display, however, renders seem to depict a flat display.

Both the Pixel phones will launch with 4GB RAM and an option for either 64GB or 128GB internal storage. Blass says Google was planning to launch the 2017 Pixel with Qualcomm's updated Snapdragon 836 SoC, but due to delay, it will instead launch with the Snapdragon 835 chipset. Both phones will offer one front and one rear camera, as opposed to a dual rear camera setup found on other flagships. There will be a 12MP rear camera setup on both the Pixel 2 and the Pixel 2 XL. Google is expected to call them "Pixel Cameras."

Google recently announced $1.1 billion acquisition of HTC's smartphone engineering team behind the original Pixel design. Google will be bringing the Edge Sense feature found on the HTC U11 to its Pixel lineup this year along with an improved stereo speaker setup. The new Pixel phones will also launch with Android 8.0 Oreo out of the box. Droid Life reports that the Pixel 2 and Pixel 2 XL will start at $649 (around Rs 42,000) and $849 (around Rs 55,000) respectively. The Pixel 2 will be available in Kinda Blue, Just Black and Clearly White colours while Pixel 2 XL will retail in Just Black and Black and White colour options. The Pixel 2 will be available starting October 19 while Pixel 2 XL will go on sale starting November 5 and Google will introduce a financing similar to Apple.