The four new devices including an affordable heart-rate tracker, a stripped down smartwatch and an . activity tracker for kids. 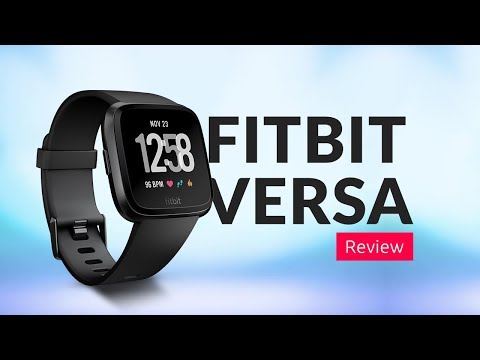 Fitbit has launched for new fitness wearables — The Fitbit Versa Lite Edition, Fitbit Inspire HR, Fitbit Inspire, Fitbit Ace 2.  The four new wearables are aimed at the affordable segment and introduce new features to that segment. Furthermore, Fitibit announced it will launch an upgraded version of the app with a major redesign, offering more personalisation, a better understanding of the fitness data and ways to discover new content and connect with others.

The Fitbit Versa Lite Edition is a stripped down version of the company’s smartwatch. The wearable tracks your heart-rate, activities and sleep. There’s also in-built personal guidance to help reach your goals. The watch is offered in an array of colours and is swimproof with a one-button design. The wearable has GPS, can display smartphone notifications The smartwatch will be available in India for Rs 15,999.

Next, the Fitbit Inspire HR is the company’s most affordable heart-rate tracking wearable priced at Rs 8,999. It offers 15+ goal-based exercise modes, GPS, guided breathing, sleep stages tracking amd more. The device also comes with a 5-day battery life and is swimproof with a touchscreen display.

All the three fitness wearable can be pre-ordered on e-commerce stores from Thursday.

Finally, the Fitbit Ace 2 is meant for children aged 6 years and above. It also has a swim-proof design and comes with a bumper to protect the screen from damage. It’s also available in an array of colours and accessories including animated clock faces. There are challenges designed for kids’ activities and colour avatars to engage them better. The Ace 2 will go on sale in Q2 2019 for Rs 6,999.

Fitbit Versa review: Does its job, while looking good