Apple, Qualcomm to work together for in-display fingerprint sensors and 5G iPhones 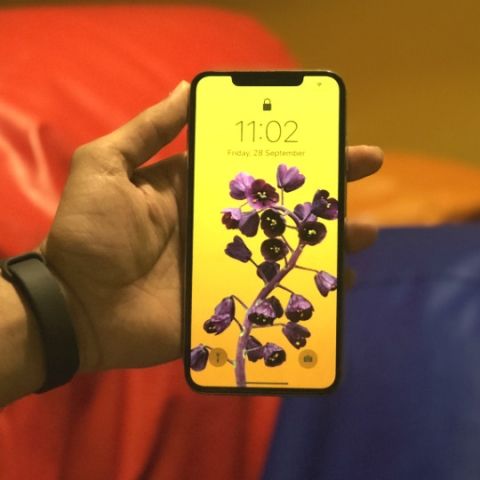 Apple will reportedly use 5G baseband chips from Qualcomm for 5G iPhones.

The company is also reported to use 5G chips from Samsung for some market.

Last week, Apple and Qualcomm landed on the same page after ending their two-year-long dispute, and now both the companies are reportedly working together on a number of hardware components for future iPhones. There are two separate reports making rounds on the internet which claim that the Cupertino-based giant is working with Qualcomm to incorporate an ultrasonic in-display fingerprint sensor as well as 5G baseband chips for iPhones.

The first report comes from a China-based technology news platform which, citing sources in the industry chain, claims that Apple and Qualcomm will be working on bringing the ultrasonic in-display fingerprint sensor to iPhones, however, the news does not say when these phones will launch. The news comes as a shocker because Apple has already moved on from the idea of including a fingerprint sensor in its phones.

All the latest iPhones (iPhone XS, iPhone XS Max and iPhone XR) are shipped without a fingerprint sensor. If the report is true, it could suggest that Apple may have heard its customers which complained that using the Face ID is not as easy as using fingerprint sensor to unlock the phone. This is all speculation and it is possible that Apple might bring both the Face ID as well as the ultrasonic fingerprint sensors, that Qualcomm launched in June last year, in the future iPhones.

Samsung is the first company to include this tech in the Galaxy S10 and Galaxy S10 Plus phones. As compared to an optical sensor, an ultrasonic fingerprint sensor is claimed to unlock the device in 250 ms and carry 1 percent maximum rejection rate.

Further, the second news comes from Ming-Chi Kuo (via 9to5mac), who has claimed that Apple will include 5G baseband chips from Qualcomm as well as from Samsung in its 5G iPhones. iPhone with 5G support are expected to start shipping from second half of 2020. Kuo claimed that Apple will use Qualcomm 5G chips for countries with mmWave spectrum 5G, and the markets with Sub-6GHz markets will see their iPhones using the Samsung chips.

Kuo also highlighted three benefits to sourcing 5G chips from two suppliers. He says that the move will give Apple less supply risk, lower costs, and more bargaining power. Intel was supposed to be the provider of 5G chips to Apple, but the news of Qualcomm and Apple patching up was followed by Intel announcement that it is exiting the mobile modem business.

Further, the TF International Securities analyst believes that 5G iPhones will create a new wave of upgrade demand for Apple. He predicts that about 195-200 million iPhones will be shipped in 2020, which is up from his 2019 prediction of 188-192 million shipments. He further says that Apple will ship 70-75 million flagship iPhones in 2020 alone, which is up from 65-70 million flagship models this fall.